I really wanted to write and draw for the comics when I was younger. I even took a commercial art course as an adult in hopes of pursuing that dream. I do okay with illustration techniques. This is a picture of my mom and step-dad that I did for her birthday this past November. 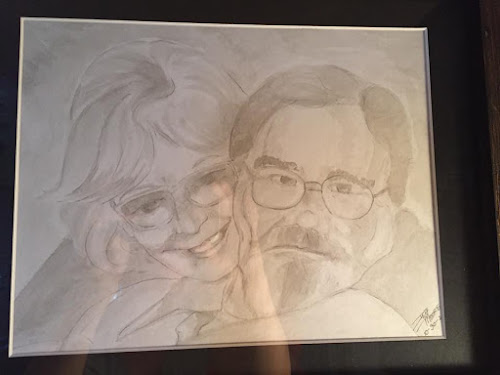 First real attempt at artwork that I'd done in over 20 years. I don't know if I was ever good enough to pursue the work professionally. Probably, not. I am way too slow. Although, I imagine I'd get faster and better if I did it everyday. Still, that doesn't matter and really isn't the point. I used to want to draw comic books. I don't want to anymore.

It's because comics have changed. What I love about the comic books that I grew up reading is not what todays comic book consumer loves or even wants. Change isn't a new thing to comics. Showcase #4, Oct. 1956 introduced readers to a completely different "Flash" than the one that they had known and ushered in the "Silver Age" of comics. In 1970, Jack Kirby left Marvel Comics and went to work for DC, rocking the industry and beginning an evolution in the tonal quality of comic book story telling that would become known as the "Bronze Age."

That's my "Age" of comics: The Bronze Age. Mostly for me it would be books published between 1974 and 1984 when I was between the ages of 9 and 19. It's an awesome 10 years. Kirby's defection to DC was a wake-up call in the industry. There was a shift in focus from comic character to comic creator. Talented writers and artists sold more comic books than an unsupported, though well established IP.* This was becoming more and more true, and the industry was starting to take notice.

This combined with an influx of young, ambitious and super talented new comers would really bolster the quality of the comics that I was very very lucky to read as I was growing up. I mentioned in previous posts a couple of team-up comics: Marvel Two-In-One #50, and Marvel Team-Up #59. These comics had more in common than the simple fact that they were team-up books. They were both illustrated by Marvel's newest super star, John Byrne.

As a kid John Byrne was my very favorite artist. His lines were clean and his panels were dynamic and exciting. And like another new comer to Marvel, Frank Miller, Byrne started as an artist but grew to become a double threat, an artist who also scripted his own stories. Miller and Byrne amassed an incredible fan base. And it was well deserved, Miller's storytelling on Daredevil showed a slick Film Noir style that proved that comic books could tell stories that adults would enjoy. Comics were no longer just for kids. And, Byrne's run on the Fantastic Four showed us a superhero family that was bigger than life, that could go anywhere and could do anything!

But, all of this innovation and amazing storytelling came at a price. The comic book industry became too self-aware. Comics were selling at an all time high and the powers in charge noticed. They began to ask, "What's the hot title?" or "Who's the hot talent." All to answer the ultimate question, "How can we sell more books?"

Crossovers became the biggest new thing. Collectors need to have a "complete" story, so telling a story across multiple titles will boost the sales of less popular comics. Mini-series were contrived that enacted changes across every title in the DC and Marvel Comics libraries: "Crisis on Infinite Earths" and "Secret Wars." 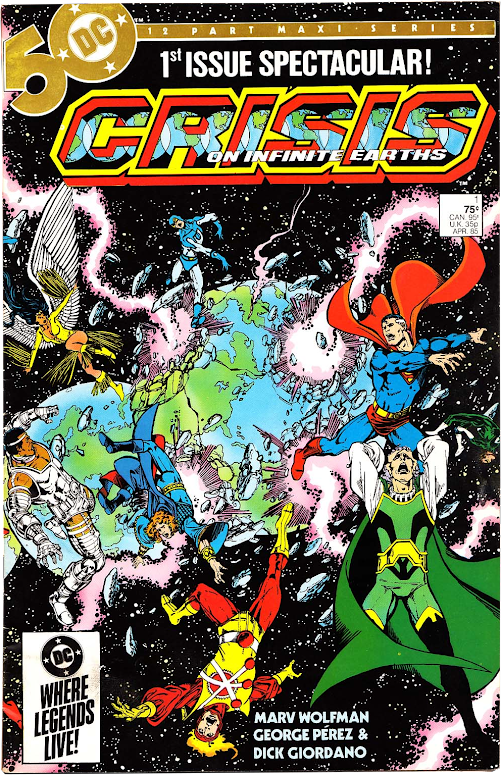 Crisis eliminated an established trope from the Silver Age that there were parallel Earths. These "Earths" allowed the heroes of the Golden Age and the Silver Age to coexist, and even team-up annually in the pages of the Justice League. One of the coolest things a young comic reader like myself would ever read ... gone.

Frank Miller wrote a story for DC. A four issue mini-series called, "The Dark Knight Returns" this was an alternative Earth story that showed a darker, meaner version of Batman. It is a fantastic story. It was met with much critical acclaim and stellar sales figures. It was decided that Batman should be more like this. Worlds Finest Comics was a title that featured Superman and Batman in team-up adventures since the very beginning of the silver age. But, this new Batman could never work along side Superman. Worlds Finest Comics ... gone. 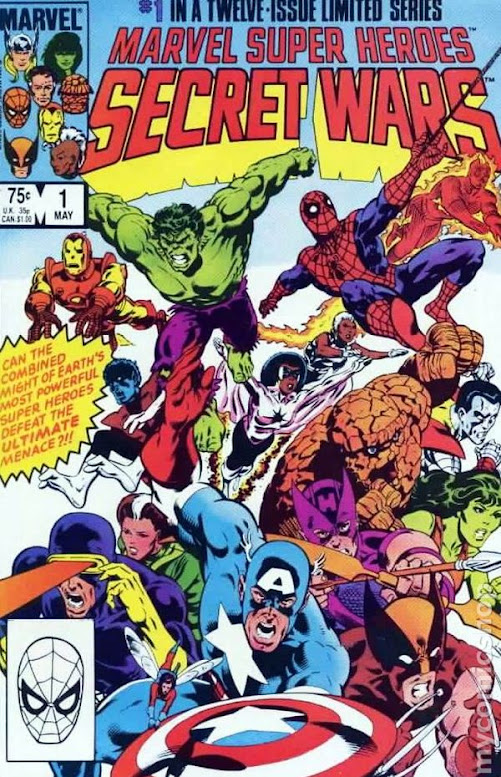 Secret Wars put Spider-man in a ridiculous black costume in an attempt to make the character seem more dark. Spider-man ... gone. The Thing was removed from the Fantastic Four, and the family that I loved was a family no more. The Fantastic Four ... gone.

Byrne moved to DC and completely redesigned Superman to make him more like the Superman from the movies and therefore more accessible to a broader audience. This came at the expense of 48 years of character history. You can't maintain the prestige of being the first and greatest superhero if you don't have the history to back you up. Superman ... gone.

The worse thing that ever happened to the comic book industry is that it began making money. They call the period in comics following the "Bronze Age" the "Modern Age." That name won't always work, because in the very near future this so called "Modern Age" will be "modern" no more. I would place my vote for calling it the "Commercial Age." And the period after that, I would call the "Digital Age." Comics are making the move away from paper ... and that too is a sad thing to me.

Crisis and Secret Wars are not part of the "dream collection" that I have been working to rebuild. These titles mark the beginning of the end of "joy in comics" for me. So, I don't really care to draw, write, or read comic books anymore. At least not the ones that are on the shelves today. But, I still have my memories.

*Intellectual Property  - pretending to be a comic editor, Jeff.