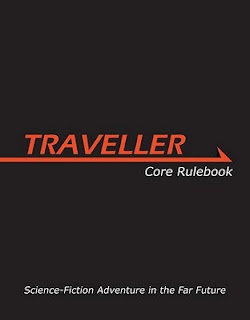 I have revealed before that I am an old school gamer. That being said it was absolutely fantastic to find a game that served the old school so well and did so in a way that was modern and competitive. This is the way to do an old school RPG for the 21st Century! Mongoose Publishing's new Traveller by Gareth Hanrahn is as close to perfect as an RPG can be. The simple resolution system incorporating 2d6 is exactly the sort of thing I try to emulate in my own game design, and although complex, the random life path approach to character creation is so much fun it's practically a game in itself. This is classic Traveller done right with just enough polish to make it shiny and new. This is the Traveller game that I have been waiting for since Megatraveller crushed my hopes back in 1986. Mongoose and Gareth Hanrahan have done everything right with this book, and I believe it will remain a shining star on my gaming bookshelf for some years to come.

The Best Electronic RPG that I bought in 2009 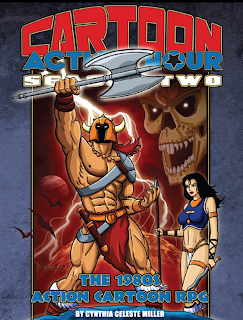 Cynthia Celeste Miller is responsible for the creation of the excellent free supers RPG: Four Colors. In a world of complex number crunchy supers and over blown point buy systems, Four Colors is a breath of fresh air. I mention this because Cartoon Action Hour is also written by Cynthia, and is proof positive that some people just know how to write RPG's! Like another of my favorite RPG authors, Mike Pondsmith, Cynthia just writes things that make sense to me. She even has a way of making point buy systems attractive to someone who is adamantly opposed to them. She has a style that sucks the complexity out of a concept and leaves the depth. CAH is awesome incarnate.

The Best Free RPG that I discovered in 2009 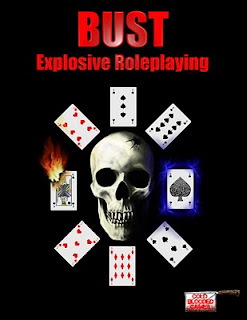 Bust was a pleasant surprise. An innovative and deep card based mechanic applied to a cinematic style RPG, Bust looks to be able to handle anything you might throw at it. It has a dynamic trait system like Risus or my own 5x5, and it's super flexible. It also has more crunch, breaking the traits down in more detail, producing: tags, traits and tricks. There are guidelines for magic and super powers, but equipment like weapons and armor are defined like any other trait, so this isn't the game for players searching for phat loot. Think more Champions and less D&D. All in all a great piece of work and one I would like to bring to my tabletop in 2010.

So, there it is ... the gems for me from the past year. Let me know what RPG's (or other highlights) from 2009 do you remember most fondly!