Xceptional rules on Healing and Recovery 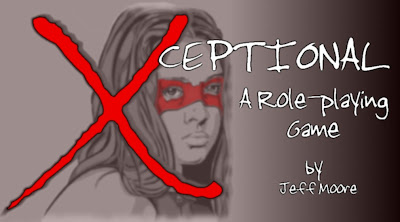 Each successful application of the Healing Skill will remove the effects of one Hit. (Increase the current value of the lowest valued Ability Score that has had its value reduced through damage by +1.)

No more than two attempts at using the Healing skill on a single conscious character can be made each day regardless of the success of these attempts.

Only one attempt to heal an unconscious character can be made in a day. This attempt suffers a negative rank shift.


An unconscious character who has had all Ability Scores restored to a value of 1 or greater will regain consciousness immediately following the successful application of the Healing skill. -- No further use of the Healing Skill can be applied to this character for the rest of the day.

A character can still benefit from Recovery ( Guided or Natural) even if the maximum number of attempts to heal the character have been reached for that day.

Each night a character can recover from damage through rest. There are two types of recovery: Natural and Guided Recovery.

Guided Recovery can be attempted on each patient once per day before sleep. (This is independent of the limit on Healing Skill Tests listed above.) Guided Recovery is a Healing (Precognition) Skill Test. Successful application of the Guided Recovery test to a CONSCIOUS patient restores 1 Hit to the character's lowest damaged Ability Score over night.

Guided Recovery for Unconscious Characters works the same as indicated above, but the skill check suffers a negative rank shift.

Without benefit of skilled healing, a character's body still struggles to recover and regenerate itself naturally.

Conscious Characters who have not benefited from the successful application of Guided Recovery (Healing) can attempt Natural Recovery by rolling a Survival (Rage) Skill test.

This test suffers a negative rank shift (Guided recovery is easier on the body.) but if successful, Natural Recovery restores 1 Hit to the character's lowest damaged Ability Score over night.

Unconscious Characters who have not benefited from the successful application of Guided Recovery (Healing) can attempt to Fight for Life by rolling a Survival (Rage) Skill test.

If the Fight for Life check is failed, the character is Dead.

An Unconscious character, who has all Ability Scores with values of 1 or more, will regain consciousness following Natural or Guided Recovery.

That covers Healing and Recovery in Xceptional ... Next: Skills!