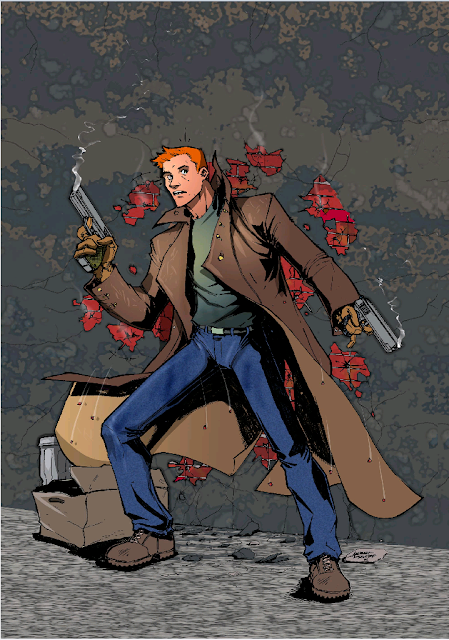 So, just a quick update to say I am working on a revised edition of Five by Five that unlike Xceptional will stay as close as possible to the original game while cleaning up just a few rules. Character Advancement has changed. Character level has been removed. And a few new ideas are introduced, but as much as possible I am keeping it the same game. So what am I doing to make this a proper revision worth excitement and hyperbole?

Well, I've completed the rules updates and added them to the body of the original text. So, I am now taking that text and squeezing it through Rob Lang's Free Guide to Organizing your RPG. The difference between this project and Xceptional is that the game is written. The design work is done and I believe that will actually put me in a better position to use the guide properly. It's called a guide to organizing an RPG, not a guide to creating one... so I think it will be interesting for me to see how applying the guide enhances a work that was already completed sans the guide.

Also, I have bought license for a bunch of professional clip art from Skortched Urf' Studios, and have been anxious to use it, so this revised version of Five by Five will have all new art work.

And finally, I will be releasing this version of Five by Five with a creative commons, attribution license that will allow other creators to use or add to Five by Five however they might like.

I think that's plenty to be excited about.

Jeff Moore
Posted by Jeff Moore at 2:31 AM