Starting Age for Adventurers in Castles and Crusades 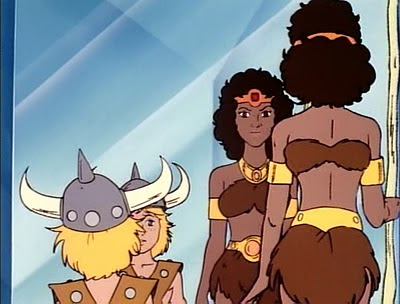 Using the age table on page 31 and applying this formula I can find the approximate age at which each character likely began adventuring. Problem solved right? Well … That would make Mendi's Gnome 87 years old. And the Elves and Eladrin in the party would be 250 years old and assumed to be of a maturity level roughly similar to a 17 year old human.

That doesn't seem right to me. Neither does the idea that all these races reach maturation at age 18 and the difference in their aging only kicks in after this. I decided to enforce my own concept of character maturation at younger ages that assumes that the races evolve through adolescence at a similar but not exactly the same rates.

Here is what I have devised. I have based choices on the age chart on page 31 of the C&C Players Handbook, but these rules are completely my own.

First I will start with Humans. I am going to include a randomizer to vary things up a little. Consider this. The closest things to humans on the table are Halflings and Half-Orcs. Half-Orcs have shorter life spans while Halfings live longer. After Halflings age jumps get bigger and bigger.

I chose to play with the variation of age range while keeping the minimum starting age fairly close. I have Steve Kenson and his unique approach to Fudge Dice (with the Icons RPG) to thank for the way I applied the age modifiers. I think they work quite well.

Okay, so this allows for an Elf to begin his adventuring career at over 50. Which seems old. But not nearly as old as 250 … and for a people that live to be almost 2000 years old, I can see 50 seeming to be quite the young pup.