So, one of the really cool things about original D&D is the ease with which players can customize and make the game their own. Over the years RPG rules have evolved to try to anticipate what players want and to put that "in the can." The problem I see with that, is ... we all want something different ... all of us. You end up with a really big can that no one really wants to mess with, especially the DM. Old school was nice because it had a solid set of basics that anyone could use, and was accessible enough to be expanded in whatever direction it needed to go for those who felt the urge to do that. For example: I have created a few "custom character classes" for my BX, LotFP, LL, Barrowmound campaign. I didn't use any formulas or complex algorithms. The classes may not prove to be balanced with each other or the rest of the game ... but they look close enough to me at a casual glance, and they look fun to play, and they are allowing the players who are playing them to embrace what interests them in the game. To me it's win, win, win ... but Original D&D and it's various off-shoots present one of the only places where I am comfortable, tweaking combining, changing with such abandon. I think maybe it's because that's how the rules came about in the first place. And they remain simple and accessible without being simplistic. This is a difficult balance to manage and I think it's a testament to the magic that is D&D, that these rules are what they are... and they endure. I thought I would share my classes here. Hope you like them. If you click on the images and save they should be plenty big enough to read comfortably. 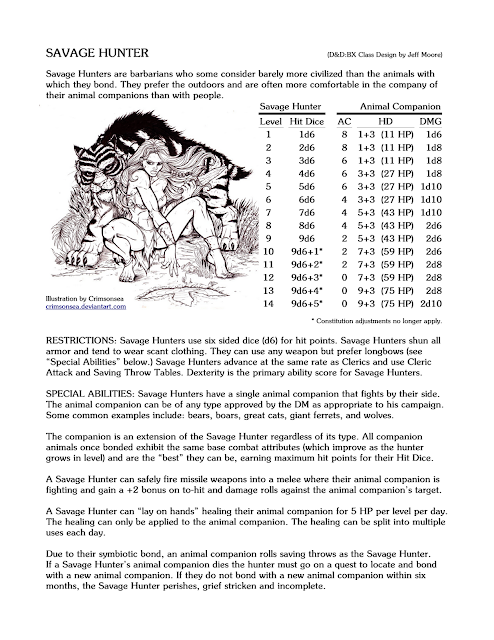 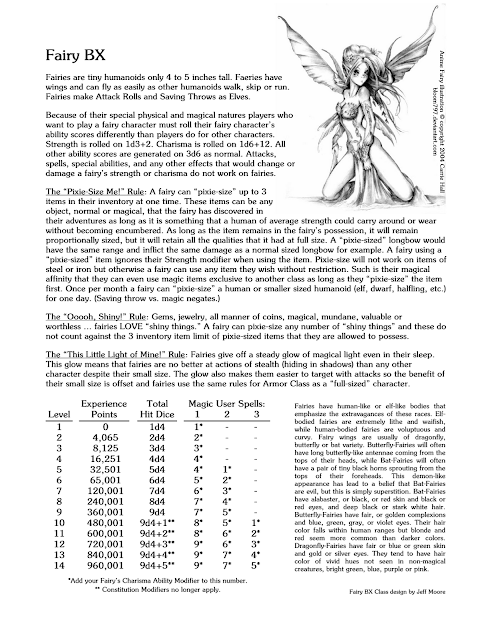 Let me know what you think of these. I was inspired by Stewart Robertson's excellent BX Witch Class and decided to give this a go...
Regards,
Jeff