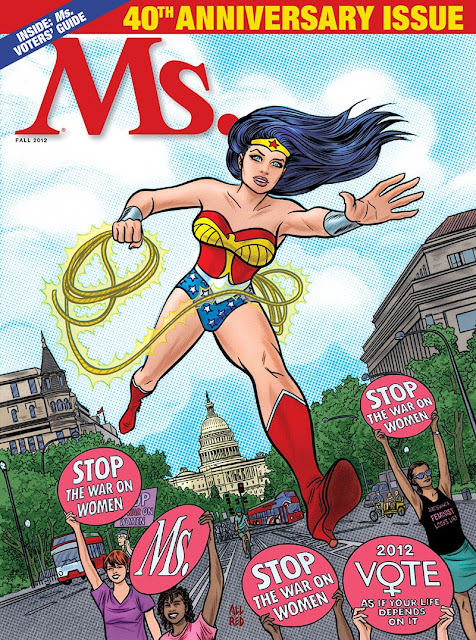 My recent obsession with the Man of Steel has me combing the interwebs for all manner of comicbook related news. Much of it now "old" news, but still news to me. Take this cover of Ms. Magazine featuring a fantastic Wonder Woman drawn by Mike Allred. It got me asking ... Has Allred done Wonder Woman? The answer, sadly, is, "No." He illustrated/animated a cosmetics add that featured WW ...

... But nothing in the comics. And I have to ask ... "Why the hell, not?!" Mike's "Madman Comics" are for me some of the smartest, coolest, and sexiest comic stories I have ever read. Yep, I said, "sexiest." But not in that, "Wholesome super heroine who never has sex or even thinks about sex, while dressing like a Victoria's Secret model strutting her stuff down the runway." sort of way.

Have you noticed that all comic book superheroines are basically modeled after the image of Marilyn Monroe? That is if Marilyn were cast in the role of Power Girl. 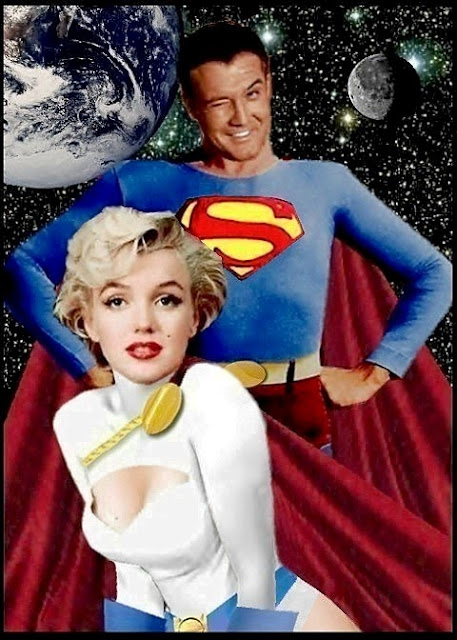 (I can't believe I found this picture after writing that.)

Marilyn was all sex on a stick with the good girl innocence of a child. That's how the comicbook industry likes to promote its superheroines. Sexbombs who kick ass, but who are all virgins pure as the driven snow.


I was watching a YouTube video review of "Enpowered" by comicbookgirl19 and she raised a really interesting point. Female characters in comics only seem to be interested in sex if they are "villains."

The good guys are all "good girls" as it were ... no interest in intercourse. Super sexy but no sex. Barbie Dolls with all the right curves but no genitalia ... not real ... not people.


How can a writer be expected to write that?

The answer: they don't. Writers just ignore the problem and keep writing around the issue, often creating drivel that doesn't make any sense. One of the things I love about Madman is his relationship with Jo. It's real somehow. Oh, it's sweet and innocent ... sure. But it also manages to be sexy and sensual. Allred pulls it off.

That's why I think Mike could do an awesome Wonder Woman. He is a married man. He works with his wife Laura. Together they can make comics about couples ... relationships ... something sexy and sexual and still sweet and smart and joyful. 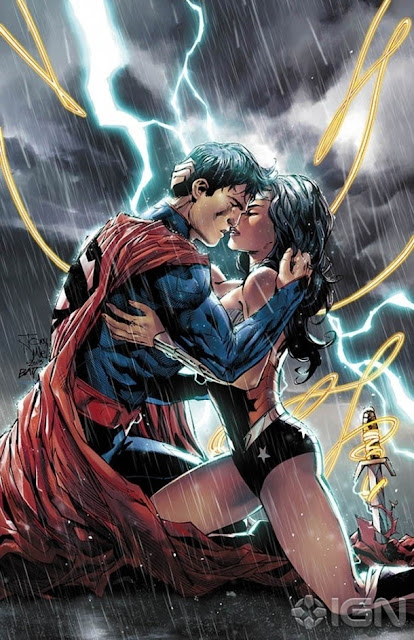 How is this a good move for the character evolution of Superman or Wonder Woman? It's pure fan service of the worst variety and I fear the damage it will do to both of these iconic characters. What an idiotic move. 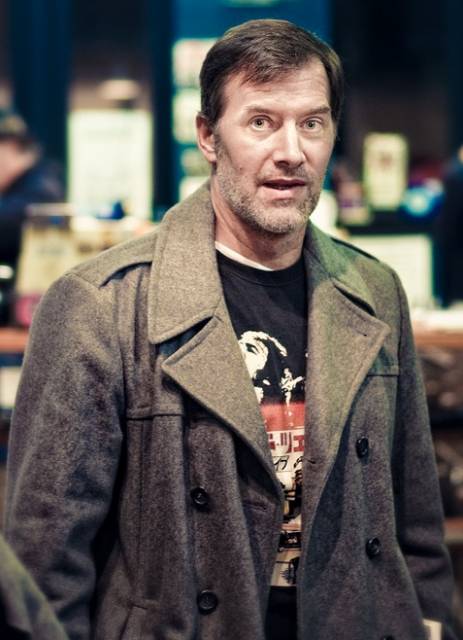 He would write a Wonder Woman that would blow your socks off. 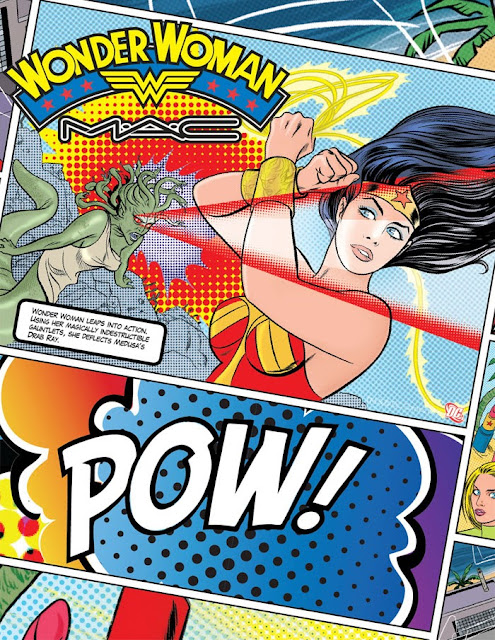 What do you think? I know many people have their own ideas about how Wonder Woman should be handled. I tend to think more along the lines of ... who has the talent, the intelligence and the heart to give us a vision of this character that would be true to the legacy that she deserves to have.

Allred is my first choice, but I also like Joss Whedon (Who was for a short time involved in the Wonder Woman movie script. But after hearing Kevin Smith talk about his experiences, it's a small wonder Joss was unable to work it through.) and Terry Moore (Strangers in Paradise and Echo.)

Who would you want to see at the helm of the Wonder Woman comic book?