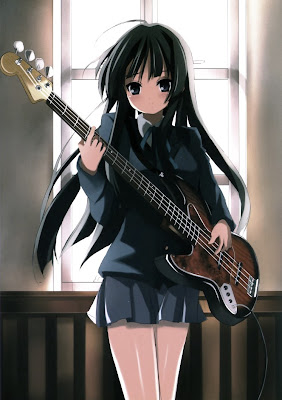 This is my friend Starbuck's write up for his character for an upcoming Five by Five campaign ...

Keiko was born in Japan to a traditional family. Her father is a grand master in Daisho and Japanese sword smithing.  At an early age Keiko lost her mother and her younger brother in a massive earthquake that she and her father barely survived. Since then she has been almost totally unable to speak a word.

In his grief and as a way to protect his last remaining daughter, her father migrated with her to the United States. There he continued his practice and began teaching his young daughter his trade. Keiko grew up isolated and persecuted in this strange land because of her affliction. Keiko is not naturally aggressive but often having to defend herself from bullies caused her to become fiercely independent and very resilient.

In the U.S. Keiko’s father was able to get her help in the form of therapy. Although it took many years for her to open up at all again, she finally began speaking in small amounts to her father. Later on she befriended a girl in her music class named Lacy and began speaking to her. However she still cannot talk to most others beyond the rare occasion where she has utters a single word or sometimes a growl if she is surprised, irritated or upset.

She just barely managed to make it through high school with one exception. She has an affinity for music and easily picks up new instruments and writes amazing songs. Since leaving school and with the help of her best friend Lacy, Keiko has formed, and become the lead guitarist, in a rock band she named in tribute to her ancestors called Dragonborne. Lacy, whom Keiko met in a music class, is lead singer. They play almost nightly and have a small but growing following, mostly because of Keiko’s amazing guitar talent.

By day she works for her father in a small knife shop he owns. She also trains with him in the art of Daisho (The Japanese art of two handed sword fighting) and is his apprentice in the art of Japanese sword making. Her father has been her greatest supporter but she knows he will not be around forever so she has also recently picked up some computer skills as a means to help her communicate better. 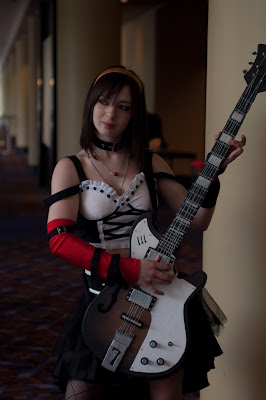 Keiko has just turned 20 and is heavily tattoo'ed with long shocking black hair and exotic green almond shaped eyes. Her rare eye color is the one remaining thing she has to remember her mother by, a gift of DNA from her Icelandic born parent. Keiko stands just over 5 feet tall, is 105 pounds, wears deep burgundy biker’s leathers and rides a Kawasaki Vulcan 2000 Motorcycle.

In searching for an image of a Japanese Schoolgirl with a guitar to top this post, I discovered the anime character Nakano Azusa ... Including some awesome COS Play pics. 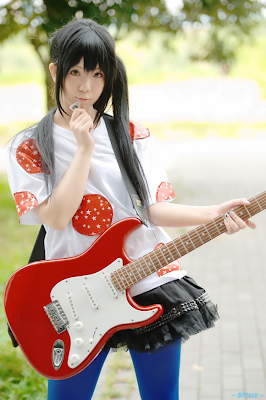 Not sure what Starbuck had imagined, but I think she fits the above character descriptions nicely. Hmm... except the absence of tattoos ... she must have added those after high-school when she bought the motorcycle. 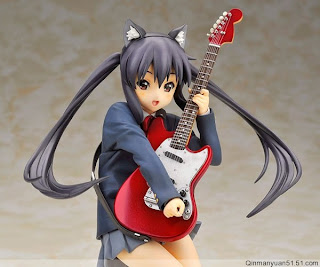 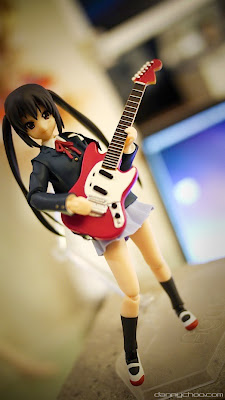 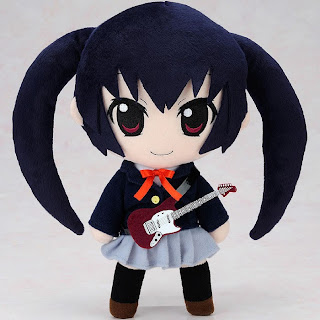 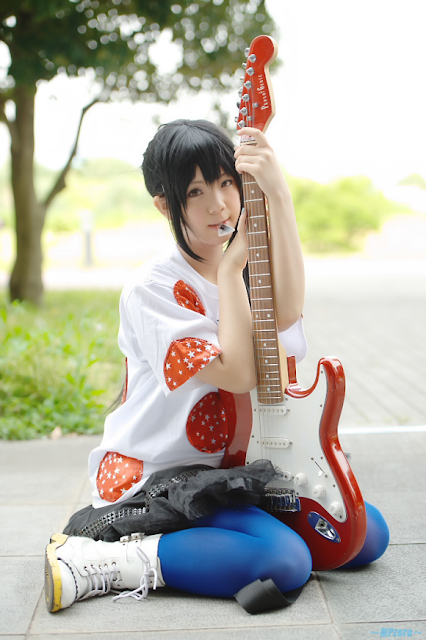