Lost in the Temple 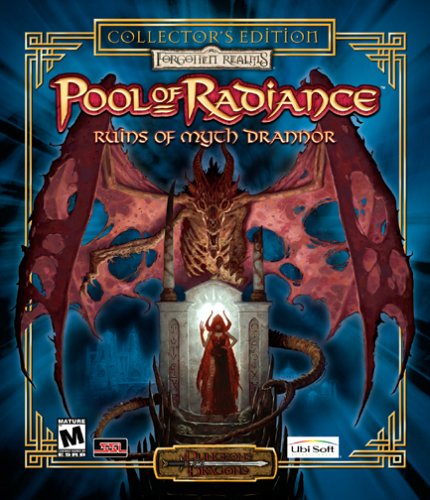 So ... I don't think the game that I thought that I remembered buying and playing way back when was Temple of Elemental Evil at all ... I think it was actually, "Pool of Radiance: Ruins of Myth Drannor" and that game sucked and is universally despised. And, I think that it's the game that I was thinking of when I stumbled onto ToEE.
So, ToEE is awesome ... but, bad news it was $3.59 when I bought it, and now it's $5.99 ... not sure why I got so lucky to catch it on sale by accident, but $6.00 still isn't sucky for a computer game.
And yes, I said, ToEE is awesome. It's tough. But, I think the designers know that players will use every advantage. And you will want to save often (and in multiple slots) so you can go back if you need to. It's tough but rewarding. The story hasn't really grabbed me at all, but it doesn't matter ... the magic of the game is in the 3.5 character progression and turn based combat.
I was lost in the Temple of Elemental Evil. I spoke to a guard who said he would take me inside, but that he had to blind fold me first. Like a bozo, I went for it. And I couldn't find my way out. I couldn't rest because of wandering encounters. But everyone was hurt and I kept fighting and running and trying to find my way, and the deeper I got and the more combats I won, the less I wanted to load a save of the game that was prior to my going in.
I managed to rest once. My characters just hit 6th level and I managed to rest. I had my druid heal everyone as much as she could ... it was a help ... but not much ... we were in bad shape. Then I walked right into it ... the biggest damned encounter I had found yet. A guard barracks filled to the gills with elite guards.
I was in a panic ... I was F'ing screwed ... then I remembered ... My sorceress had just learned (and managed that one rest) FIREBALL. Oh, my F'ing Lord that was a sweet battle. I fire-balled that room full of guards twice before my weary little troop of adventurers entered the melee, and let me tell you, when it was all over, that was a sweet victory.
I did manage to make it out, and my party is 7th level now. The game is tough ... but it's worth it ... even at the inflated price of $6.00 should you decide to check it out.
Regards,
Jeff