Narrating Combat in Five by Five 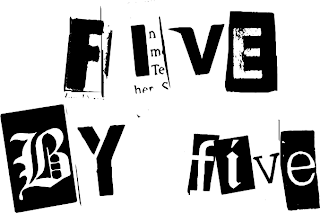 I wanted to take a moment to look at step 5. The exact wording is: "(5) If there are still combatants that wish to fight, return to segment 1." While that gets us where we need to go as a final step. I realize as I play Five by Five and move from "Player Actions," to "Rolling to Interrupt" that step 5 is severely lacking.

Then I will want to add a new section header: Escalating Combat.

After all the players have taken action in segment 4 of the combat round, it's time to pause the action for a moment to recap the events and take stock of the situation.

As GM go back over the actions in the round to help create a visual for the players of how their combinations of actions played out. Embellish the actions with graphic descriptions. It's much better to say, "Jon charged up on the Goblin screaming as he brought his sword down to split his skull open with a sickening 'krack'." then to say, "Jon hit the goblin."

Paint the picture, and use this time to think about how the NPC's ... how the monsters that the PC's are battling, will react to what's happening. Monsters don't like being attacked or losing in a combat any more than the players do. Allow your monsters to get angry ... to rage against the players and retaliate. Segment 5 is your place to do this.

Raise the stakes. Make things seem more dangerous (or maybe things actually do become more dangerous!) Remember, unless combat is ending, you are going to conclude this step by instructing your players to, "Roll to Interrupt." Give the players something to interrupt! ... give them a reason to worry ... a reason to leap into action Give yourself something to do in segment 3 by describing the impending threat in segment 5.

This is how segment 5 in the combat section should be described. I don't plan on making any drastic changes to the core rules document just now, but I will definitely include this information in my upcoming Five by Five Fantasy supplement.