Peter Capaldi - The Doctor I've been hoping for? 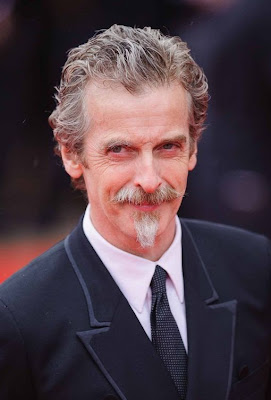 So this news has been reported to death, but I wanted to blog about it anyway. Peter Capaldi was announced this weekend as the newest Doctor for Doctor Who. I'm afraid that I am not very familiar with Peter's body of work. I remember him from Fires of Pompeii and as Sid's dad in Skins. Despite my lack of exposure to the actor, I am pretty excited about the choice.

I had blogged previously about my hopes that the next Doctor might be played by an older actor. I believe that Peter fits that bill. He seems old enough to pull off the "older actor" requirement that I was hoping for, but young enough to keep up with the physical demands of the role.

I haven't gone back to watch Pompeii or Skins, but I don't remember the plot of Pompeii giving the actor a whole lot to work with. I do remember the character in Skins a bit better. A troubled man, struggling with his responsibilities as a father and ultimately not up to that challenge. The actor brought an incredible sense of vulnerability to that role. I hope that's part of the reason he was cast. I like the idea of a Doctor who is more vulnerable. I see a sort of Patrick Troughton like timidness.

This casting could do everything for Doctor Who that I was hoping for in my previous post, and I find myself looking to the future of what was for the majority of my youth my favorite TV show with "guarded optimism."

Email ThisBlogThis!Share to TwitterShare to FacebookShare to Pinterest
Labels: Doctor Who, Television