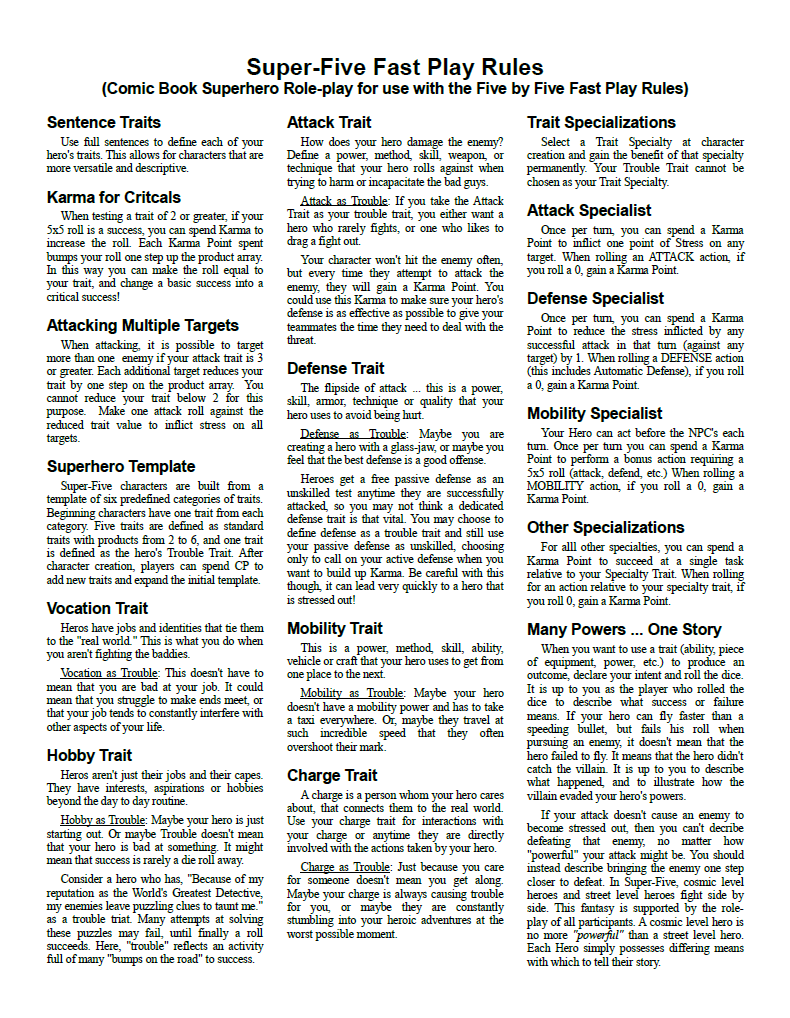 I am very pleased with the Five By Five Fast Play Rules one-page RPG document, and I am planning a game to play test this version of Five by Five and get a feel for it compared to the "official" version of the game. To that end, I have added a new landscape style character sheet and this one-page superhero RPG supplement, Super-Five.
Unlike my previous fantasy supplement, "Fife by Fife," Super-Five doesn't try to throw out or change any existing rules from the Fast Play version of the game, it just adds some new options and introduces some new ideas. Key among these is sentence traits (which I talked about in an earlier post) and the use of a template designed specifically for creating superhero characters.
The more that I think about it, the more I like the template design concept for creating superheroes for Five by Five. I find myself imagining various superhero characters from the comics built using this template approach and I think it will work very well for most any existing superhero. In fact, I will be posting a few superhero character builds using these new Super-Five rules in the near future.
As always, I would love to hear what you think.
Regards,
Jeff

P.S. - Be sure to grab a new copy of the Five by Five Fast Play Rules and the Landscape Character Sheet. I have modified the core rules for using a healing trait to make it more effective compared to natural recovery, and I have increased the base amount of stress a character can endure from 3 to 5.