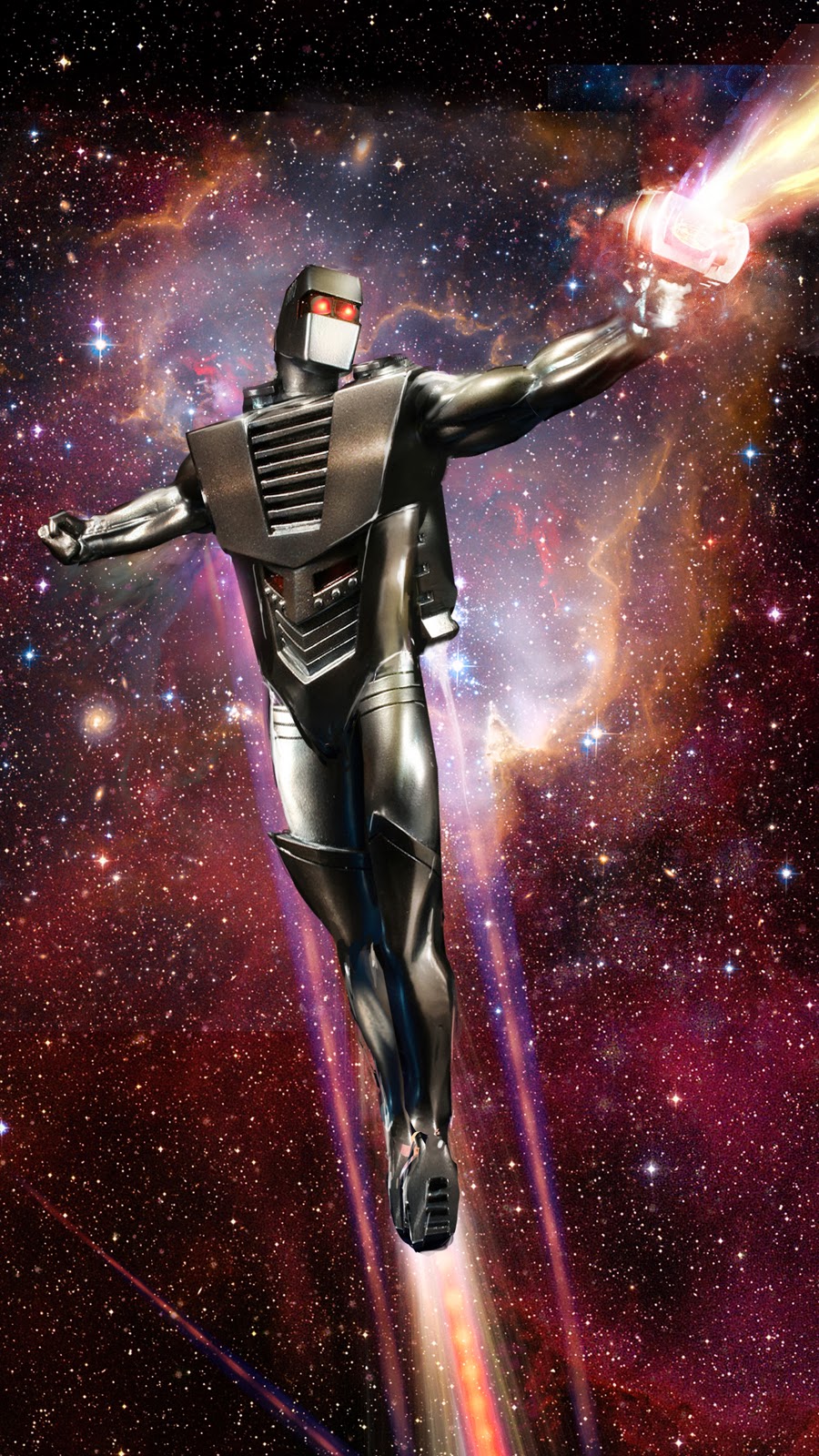 Vocation Trait (2)
I am a Spaceknight: a native of the advanced interstellar culture of planet Galador. I have a working knowledge of races, worlds and technologies undreamed of by the average persons born of Earth.

Hobby Trait (D)
I have made the Earth my home so I struggle everyday to understand its customs and cultures.

Attack Trait (5)
My Spaceknight Armor gives me great strength, but my greatest weapon is my Neutralizer that allows me to banish the dread Dire Wraiths to limbo.

Defense Trait (6)*
My armor protects me from the harsh environs of space and all but the most powerful and deadliest attacks.

Mobility Trait (4)
My armor was designed to allow me to travel between star systems.

Charge Trait (3)
I am in love with the earth woman Brandi Clark. She is the first person that I met when I arrived on Earth. She will tell you of the many times that I have saved her life, but the truth is, she is my savior. She gave me my life back by reminding me of the humanity inside this armored shell.

Art this time is from John Gallagher. Check out his gallery. This man is incredible.

Before ROM Spaceknight. I had never managed to collect a run of a comic series. My comic collection was comprised of odd issues here and there of every superhero title you could imagine, and all with substantial gaps.

I grew up in Coulterville, IL, a small town (village?) with a population of roughly 1000 people. Nine miles from Coulterville was another, still small, but substantially bigger town called Sparta. Growing up we called Sparta, "Comic Book City."

Sparta gained this honor because it was home to a huge printing plant and at the time every comic book in the United States was printed there.**  As were all other magazines, I imagine (not sure) ... but I didn't care about that. I only cared about comic books.

I was raised by a single mom with two younger sisters. Mom worked as a waitress or cook at local diners. Something like comic books would have been definite luxury items and therefore "off the menu" as it were. But, living where we did, we knew enough people who worked at the comic book plant who would bring me comic books for free. This then, being the reason for my collection's inconsistent nature.

For some reason, mom saw ROM #1 at the Coulterville IGA (a grocery store) and bought the issue. I had been collecting comics for some years and she just decided that "this one" looked like something that I would like. And she kept on getting them. Each month when the next issue came out, she would find it on the magazine rack at the grocery and bring it home to me.

ROM Spaceknight, my very first real comic book run. Needless to say, I still have a warm spot in my heart for the character.