The Wonder Twins for Super-Five 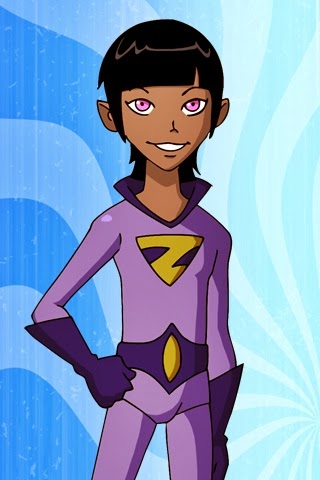 Vocation Trait (2)
Jayna and I attend high-school at Gotham City High. We are trying hard to fit in to earth culture, but it's difficult.

Hobby Trait (4)
Before coming to earth, Jayna and I were performers in an alien space circus where we learned all about acrobatics, and working a crowd.

Attack Trait (5)
My Wonder Twin power to transform into anything related to the element of water in any of its forms allows me to become a deadly tsunami or the "Form of a Trigillian Ice Giant!"

Mobility Trait (D)
Gleek has a bucket that Jayna can carry my water form in while she's the "Shape of an eagle!" Hmmm ... I guess mobility is not my thing.

Charge Trait (3)
I love my pet space monkey Gleek. I got him while working at the Space Circus. Jan and I have to touch to activate our transformation powers, but Gleek is so special that he can act as a conduit allowing us to activate our powers if we are both touching him! 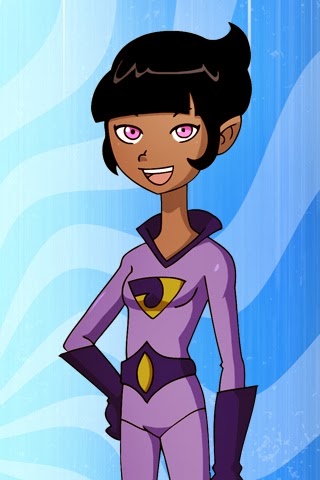 Vocation Trait (D)
Zan has an easier time in high-school than me. I don't think it's unfair to say that girls are much harder to get along with than boys!

Hobby Trait (3)
Before coming to earth, Zan and I were performers in an alien space circus where we learned all about acrobatics, and working a crowd.

Attack Trait (6)*
My Wonder Twin power to transform into any living animal or beast includes creatures you might consider the things of myth like a unicorn or Pegasus. I even beat Superman once by becoming a Kryptonian Tanthou Flez ("Winged One").

Mobility Trait (5)
Animals have incredible versatility when moving from place to place. I can take the "Shape of an eagle." and fly where I need to go, or even the "Shape of a Giant Space Turtle!" to travel among the stars.

Charge Trait (4)
I really am my brother Zan's keeper. If it weren't for me he'd get in so much trouble. "Form of a bucket of water..." seriously, Zan?

This time it's the Wonder Twins by request of my friend Keiko. I will do Wonder Woman and Aquaman to finish out the Super Friends soon. I also have a request for Black Canary and more of the Arrow cast.

Art this time is by Christina Marie Lacey of Deviant Art. Be sure to check out her stuff!