Wonder Woman and Aquaman for Super-Five 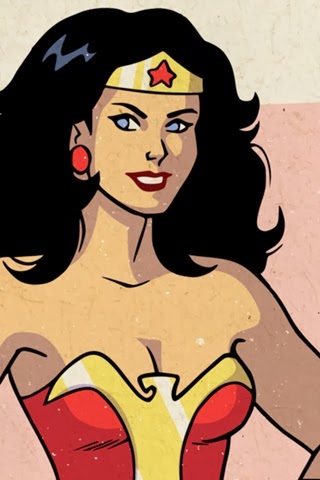 Vocation Trait (3)
Because I am fluent in all of man's languages, I have taken a job as a translator working as Diana Prince for the United Nations.

Hobby Trait (2)
I am very interested in fashion designs and clothing trends and even owned and operated a boutique in NYC for a time.

Attack Trait (6)
As an Amazon, I possess mythical strength and agility and am trained in the art of war. My magic lasso can subdue enemies, and forces people to tell me the truth.

Defense Trait (5)*
My magic bracelets can deflect incoming attacks, even attacks that come in faster than my mind can process allowing me to deflect bullets, even from machine gun fire.

Mobility Trait (4)
I can ride air currents to glide or fly at slow speeds; I run in short bursts as fast as a cheetah, and for long trips I have an invisible jet.

Charge Trait (D)
Steve Trevor brought me to man's world. He is my soul mate. But, his old fashioned ideas concerning gender roles sometimes puts us at odds. 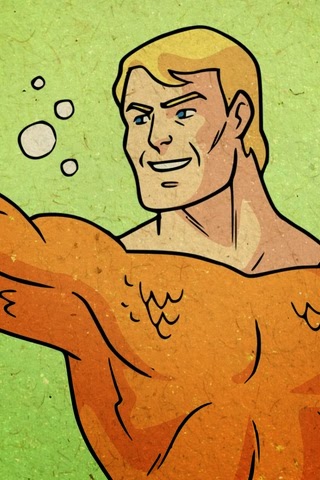 Vocation Trait (D)
I am the ruler of the underwater kingdom of Atlantis. That carries with it all manner of responsibilities, but my trusted friend and adviser, Dr. Vulko handles the ordinary day to day affairs of the kingdom allowing me to work as an ambassador to the surface world.

Hobby Trait (2)
I have a love for all things of the sea, and on the surface world that means an advanced knowledge of all manner of boats, boating, nautical terms and aquatic vessels. I am even an expert at navigating by the stars.

Attack Trait (4)
My father was the human lighthouse keeper Tom Curry and my mother was Atlanna, exiled queen of Atlantis. My mixed heritage has made me superior to both species. I have super human strength and agility, and I have trained with the Atlantean Royal guard to become an expert combatant.

Defense Trait (5)
My body is made to endure the crushing pressures of the ocean floor making me incredibly tough!

Mobility Trait (6)*
I am at home at the bottom of the ocean. I can swim faster than a speed boat. I breath underwater, and I can even control aquatic life like most fish as well as dolphins and whales by communicating with them telepathically. When on the surface world, my body is so accustomed to the crushing pressures of the sea, that walking down the street for me is like walking on the moon for you. This took some getting used to, but now I can jump incredibly high and far and cover great distances very quickly.

Charge Trait (3)
I am in love with Mera the exiled queen of the Aqua dimension.


Wonder Woman and Aquaman should finish out the Super Friends. I used Silver Age versions of these characters when determining what information to record for their vocations, hobbies, and powers.

Art this time is by Waldemar Lene of Deviant Art. I really love his work. Be sure to pay his gallery a visit!