Chris challenged me to list my favorite FREE RPG's in a comment on my previous Top 10 Favorite RPG's of all Time. It seemed like a cool idea. So, here we are. The previous list was an "All Time Favorite" list and included a lot of games that are long out of print. For this one, I decided to limit myself to games you can still find. Since these are free RPG's available on the web, it just made sense to make sure you could read them and play them too. Links are included with each entry. Just click on the cover graphic. 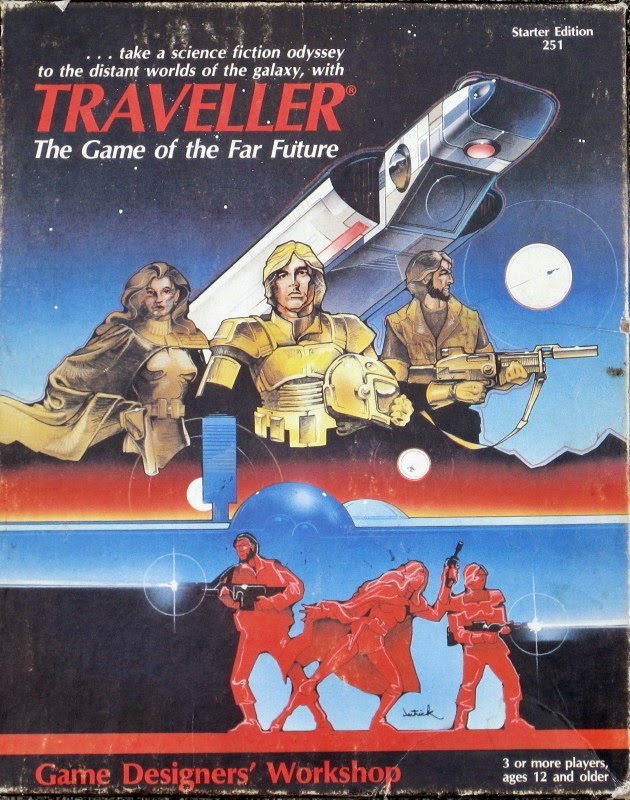 10 - Starter Traveller
I owned this when it first came out. A classic from the 80's that people still play today. This "starter" version is complete and fully playable. GDW made if free back in 2010 and it's been available since. Although the blurb on the page says "Until Dec. 31st" to emphasize this as a Christmas present, GDW has awesomely kept the game free these past 4 years. This is a true Old-School Classic and a must have for any RPG collection at any price. 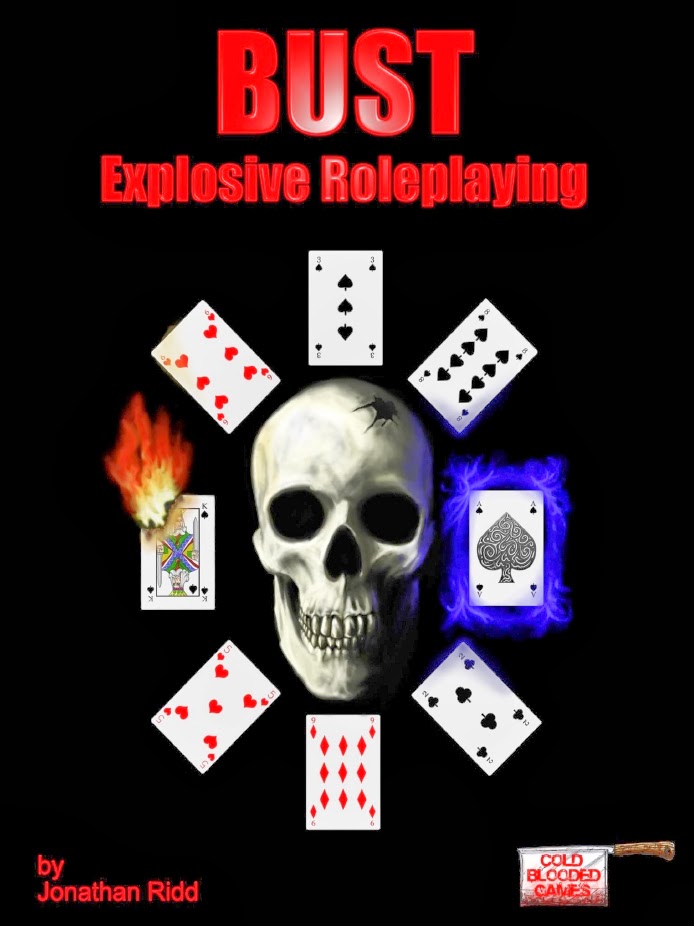 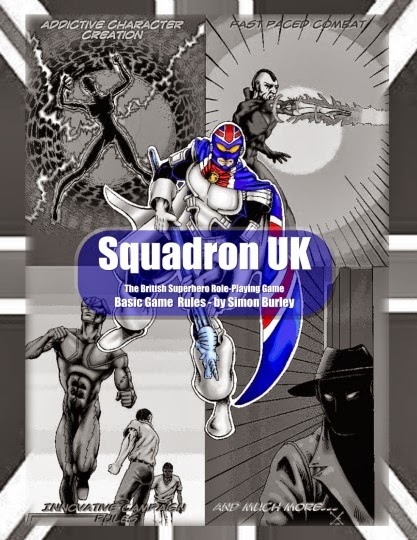 8 - Squadron UK - Basic
The only superhero game to make my list, this is a completely revamped version of Squadron UK, and although listed as the "Basic" version, it's not a stripped down or watered down "Quick Play" style entry. This is a complete game. If you are looking for a Supers game on a budget this is the place to go. And if you like what you find, a print version is available that's packed with even more goodies than the free version. 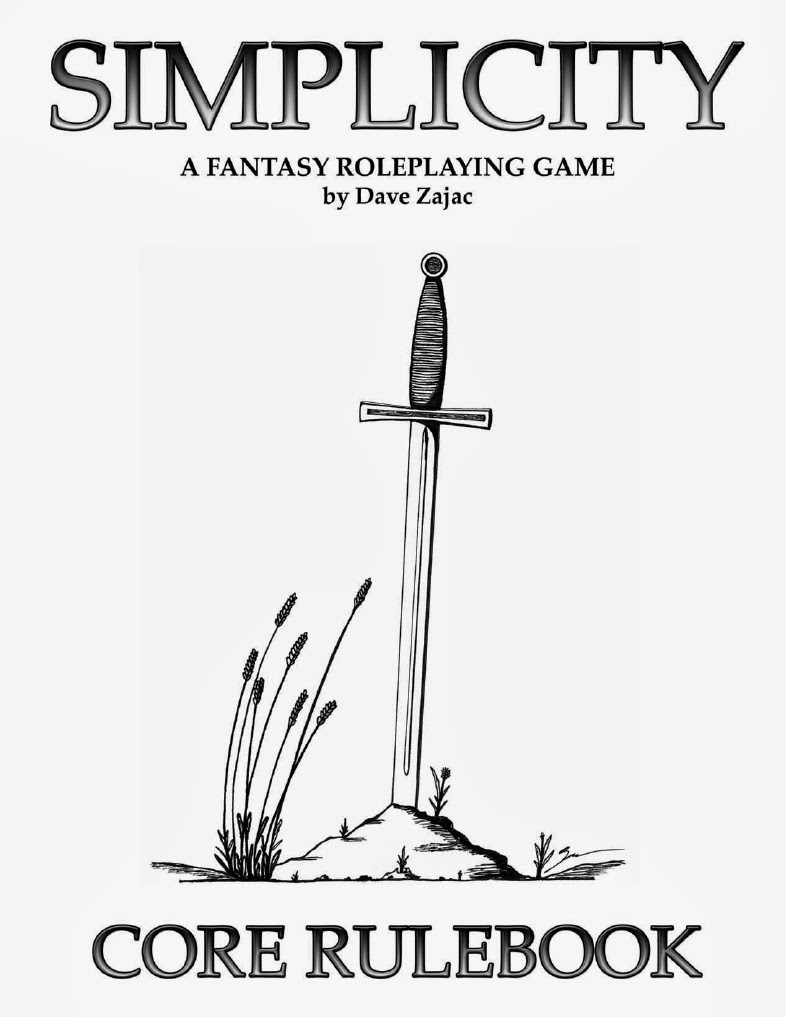 7 - Simplicity
This is a fantasy RPG in the style of the B/X, but with feats and trappings for player customization like D&D 3.5. It's the first of a number of "retro-inspired" games to make my list. The OSR has created a flood of these games available for free, so a few did make my list, but I tried to make sure each of them is it's own unique contribution. Simplicity, for all its ease of play at the table, might be the "crunchiest" game on my list. It provides the greatest character customization of any of the free retros. Check it out. 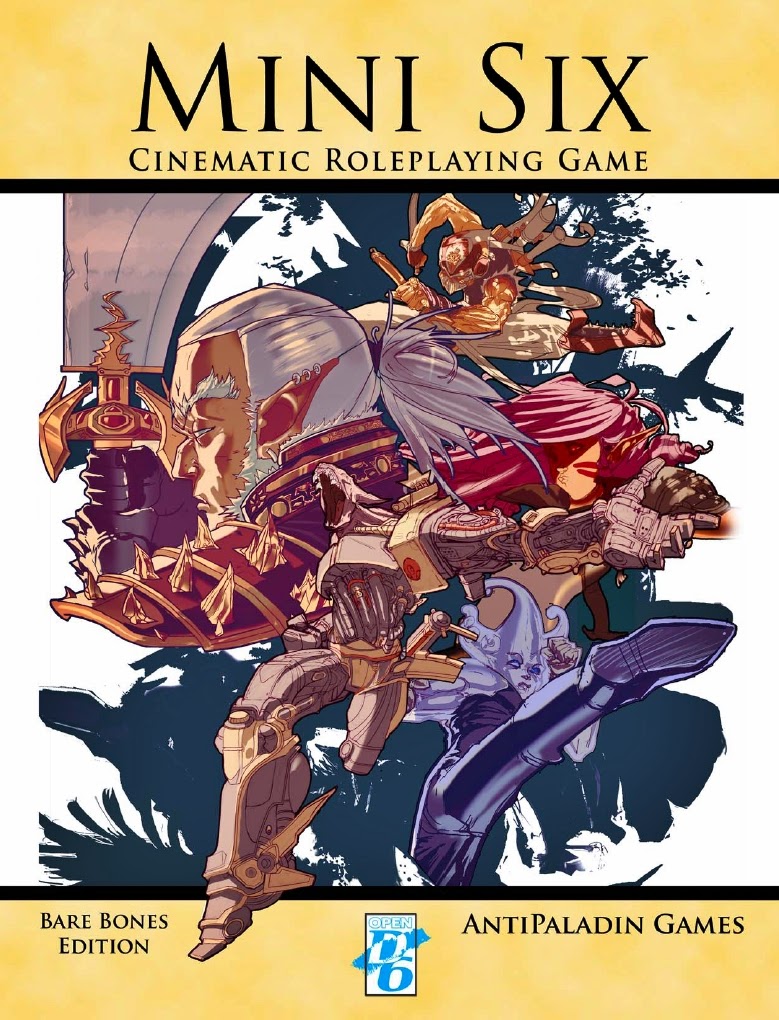 6 - Mini Six Bare Bones Edition
At number 6 is Mini Six! This is a modern reworking of the classic D6 system designed by Greg Costikyan for the original Star Wars RPG. There's really nothing "bare bones" about this beautiful entry. It's a tight little volume full to the bursting with D6 gaming goodness. Nothing is wasted here. The game system has been tweaked slightly where needed and can handle any game setting. There are a bunch of sample genres included and awesome support from the community. Check out Mini Six! 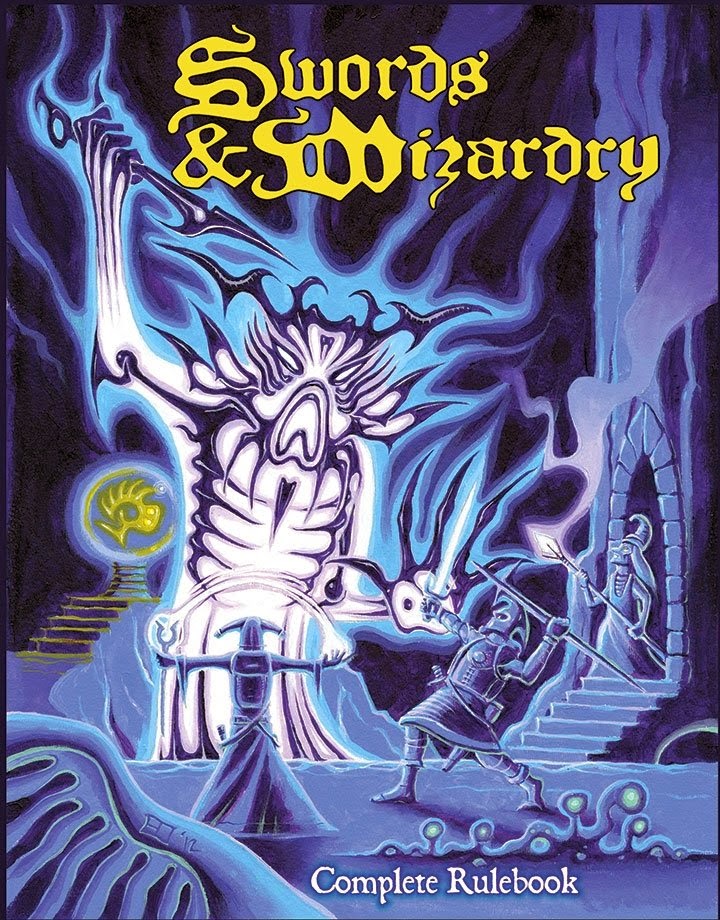 5 - Swords & Wizardry Complete Rulebook
It was a tough choice between Swords & Wizardry and Labyrinth Lord, but what sold it was the fact that S&W's free entry isn't diminished in anyway from the pay version. It's complete, all text and graphics included. This is the OSR entry for people who want to play old school D&D for free. It's got everything and its presentation is second to none. Swords and Wizardry is an OSR masterpiece! 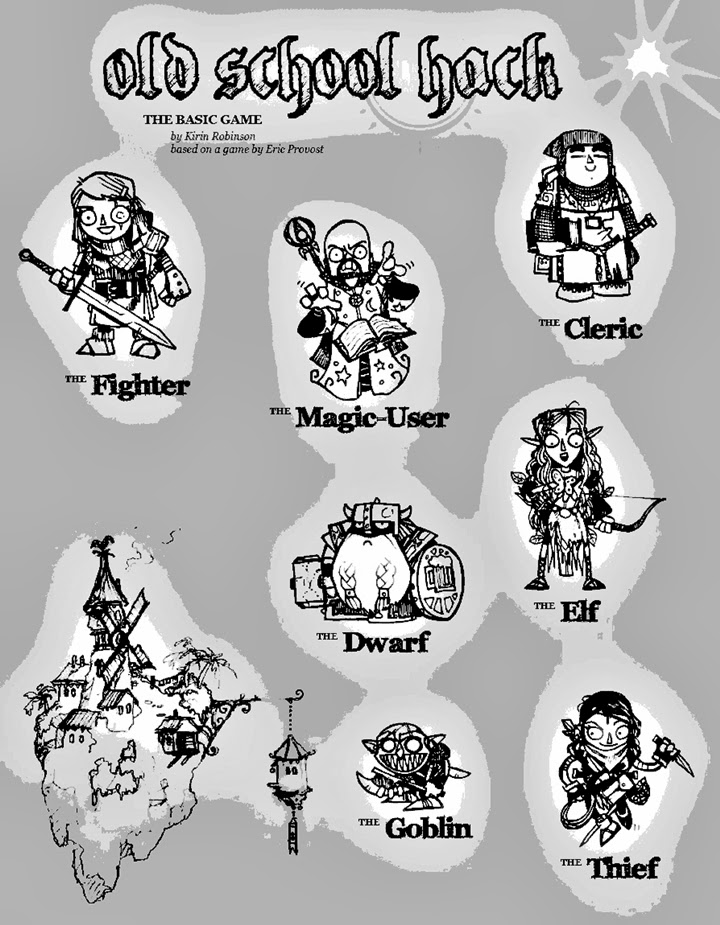 4 - Old School Hack
Another OSR entry, but this one is for the story-tellers. It keeps rules light and fast, has a mechanic for players to reward other players and combat abstraction that caters to a more narrative than tactical style of play. I have run this a few times and it's a lot of fun. 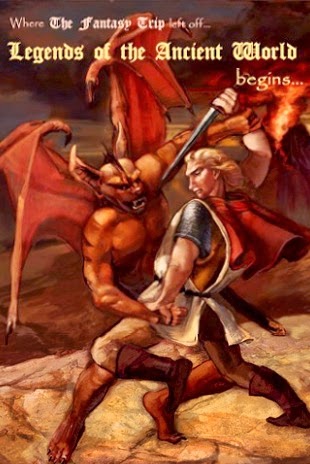 3 - Legends of the Ancient World
Legends of the Ancient World is a fan made recreation of Steve Jackson's, "The Fantasy Trip." The designers sell modules for the fantasy as well as science fiction and old west versions of the game, but provide the rules for free. These are classic time tested rules and I ran a successful LAW campaign for over two years. If you are a fan of TFT, then this is the game for you. 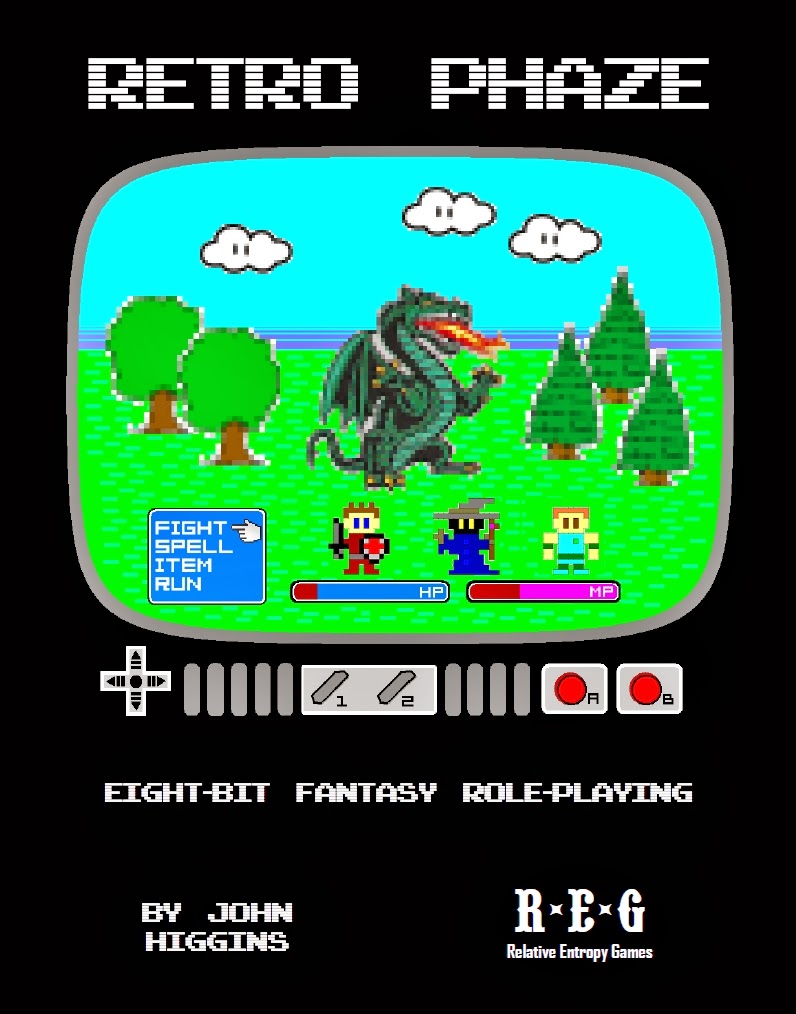 2 - Retro Phaze
My favorite of the free retros, Retro Phaze looks at D&D through the eyes of 8-Bit and 16-Bit console RPG's like Final Fantasy and Dragon Warrior. The implementation of computer game influences makes a game that plays fast and furious. The game also changes all the dice mechanics over to the D6 which earns bonus points from me. It's a concise, well considered little game with a lot of punch and is also available in print on demand should you want it. 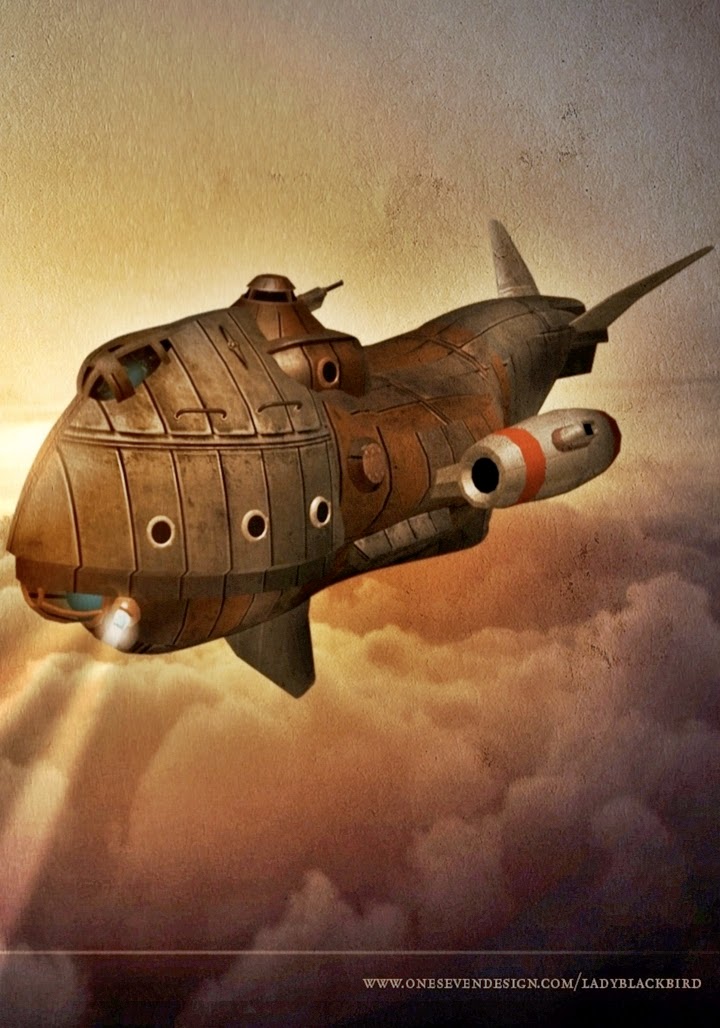 1 - Lady Blackbird
My number one pick is a fairly new discovery for me, and may be gaining some preferential treatment because of my current interest in story-telling game mechanics, but that doesn't mean it's not absolutely awesome. Lady Blackbird is an RPG adventure module and game system all rolled into one. This is another mind blowing example of making the most of every page. The game system is interesting and accessible and even though there are not specific rules for character creation, so much is here that you can extrapolate anything you need. Testament to that are a dozen spin-off creations that have been produced based on this one tiny module. Don't take my word for it. Download Lady Blackbird and see for yourself!


There you have it Chris: my Top 10 FREE RPG List. What do you think?!