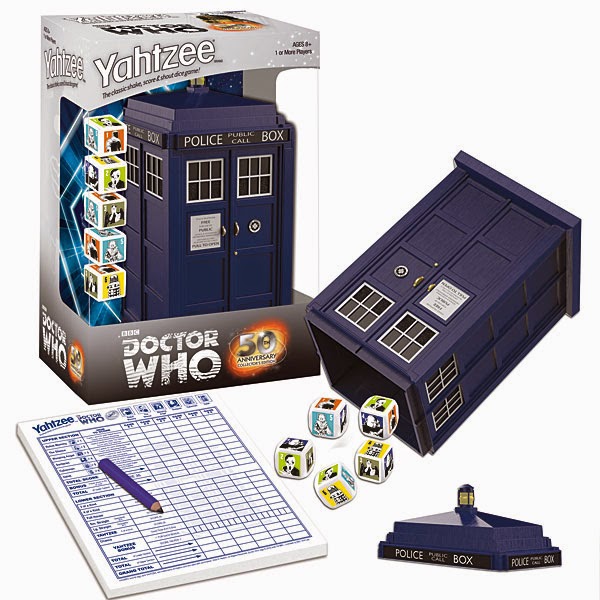 I have this 50th Anniversary Doctor Who Yahtzee game and the TARDIS dice cup is a fantastic model that I feel was well worth the price of an otherwise underwhelming game. The dice are painted on and the images only so-so ... understandably it's a small area. I would have preferred the Zygons on the "1's" spot to the "Robot Mummy" that was used. But, as I said ... fantastic TARDIS. So, no complaints.


Coming in July will be this: 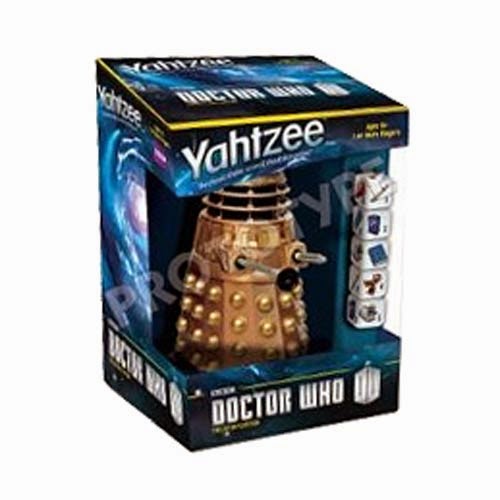 Dalek variation of the same product, but with "Hero Dice" instead of "Monster Dice" K-9, the Sonic Screwdriver, the TARDIS, a Doctor Who Scarf ... etc. I am going to pre-order this one sight unseen. The TARDIS dice cup was so wonderful that I am expecting similar quality from the Dalek dice cup and am willing to take the plunge based on that alone. 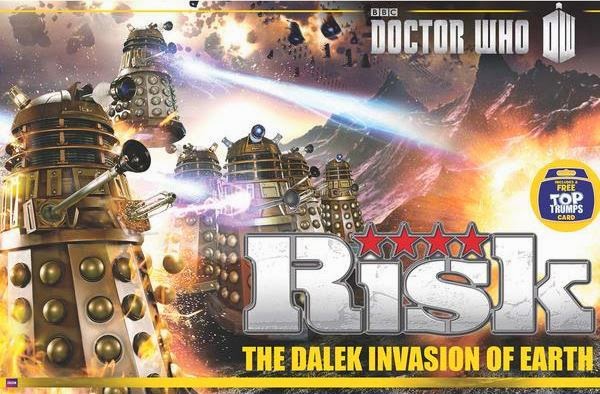 A British version is already out over there and Amazon lists it for something ridiculous like $280. But the USAopoly version will be available in the states some time this month and this might actually be a game I would play. It looks like it could be a lot of fun. Of course what would really be awesome would be this same sort of product, but done as a Dalek/Doctor Who version of Small World ... now that would ROCK!

Anyway, just passing along the love for fellow fans of Doctor Who.

Email ThisBlogThis!Share to TwitterShare to FacebookShare to Pinterest
Labels: Board Games, Doctor Who