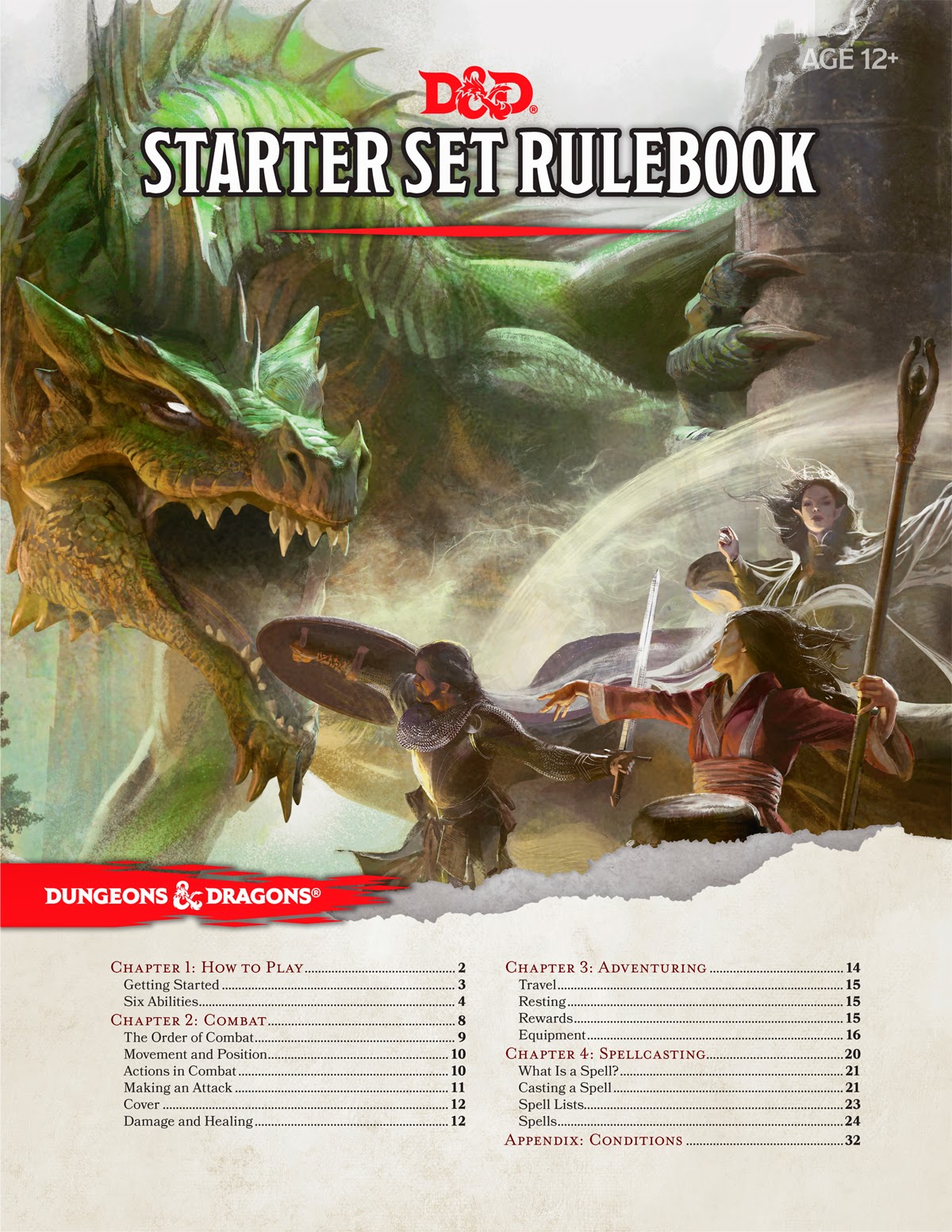 I just cancelled my pre-order for the new D&D Starter Set. It just isn't what I was hoping it would be. After the excellent Dragon Age Boxed Sets, I was really hoping for something along those lines. A game ... a real game we could play and not just a quick start adventure with only the rules you need to play, which is what this is.

I can't say that I am surprised. Really, it's what I expected ... but somehow, I was really hopeful that based on the Dragon Age example and given the resurgence of interest in all things classic D&D, that something more akin to the 1982 Red Box would emerge.

Anyway, I watched the "unboxing" video. Noted the slick magazine style interior pages with no real covers that bent flimsily as the presenter held them out for display and I just lost all interest. It's not what I want. I am interested in this version of D&D. I think that they have some good things going on here ... but, I want a package that's more substance than style.

Will I get the hardcovers when they come out? Probably ... maybe ... I'd rather have a more Basic D&D under a single cover ... maybe I'll just wait for the free Basic D&D PDF and use LuLu to print myself a copy ... because if I understand the plan right, the one version of the game that I might actually like, won't be released in print.

Email ThisBlogThis!Share to TwitterShare to FacebookShare to Pinterest
Labels: Dungeons and Dragons

I continue to work on Super-Five. In fact it demands enough of my free time that certainly this blog has been greatly neglected of late. But, I wanted you to know why, and to know that it was hopefully with good reason.

I intend Super-Five to be my next "official" RPG release. I have shown some hints here at what Super-Five might look like through the Super-Five Fast Play and my recent: How we play Five by Five article. But my ambitions are far greater than these for this project.

I have learned a few things over the past many years of writing my little games. One is I like to keep things simple. I like Five by Five's "choose your trait" structure because that's the way I like to work as a GM. If I need something, I'd rather just make it up and start playing straight away. I don't want to have to look things up in a book.

Another thing I've learned is that, many players (I dare to say, most players) would rather have a schmogas board menu of options to choose from than a blank slate. Players like to browse through options, they like to roll things on random tables to gain the Christmas-morning-like surprise of results.

HiLo Heroes was popular because it had random tables for hero creation. That's fun. When it comes to Superhero RPG's players want lists of powers. I personally think that: The Supercrew by Tobias Radesäter is one of the best supers RPG's I've ever read. I feel very fortunate to have a print copy of the comic, because unfortunately that option seems to be gone now. Still, as good as it is, The Supercrew was a hard sell to my players because, like Five by Five, it leaves the specifics of your character's traits (powers) to your imagination.

What I am hoping is that by taking the Five by Five framework and adding a bunch of examples and fun random tables for character creation and putting these things together I can strike a perfect blend of both worlds. I am providing examples, but still keeping things largely undefined to allow for player interpretation. And I am not taking away the "create your own trait" aspect of the game. It's still there in addition to the tables. What I am really hoping for is a happy place where the two techniques come together ... where players use the tables for inspiration, then create their own ideas based on that inspiration.

So, Super-Five is ongoing, and I am very hopeful that when it takes it's final form it will be well received.

Here, as a teaser are the Attack Descriptor tables from the section on character creation.

As I continue to work on this my plan is to provide full sets of tables for 8 traits providing 288 unique example descriptors that players can use and modify as they see fit to create their characters.
It's some of what I am working on ... in case you were wondering.
Jeff
Posted by Jeff Moore at 6:29 PM No comments: 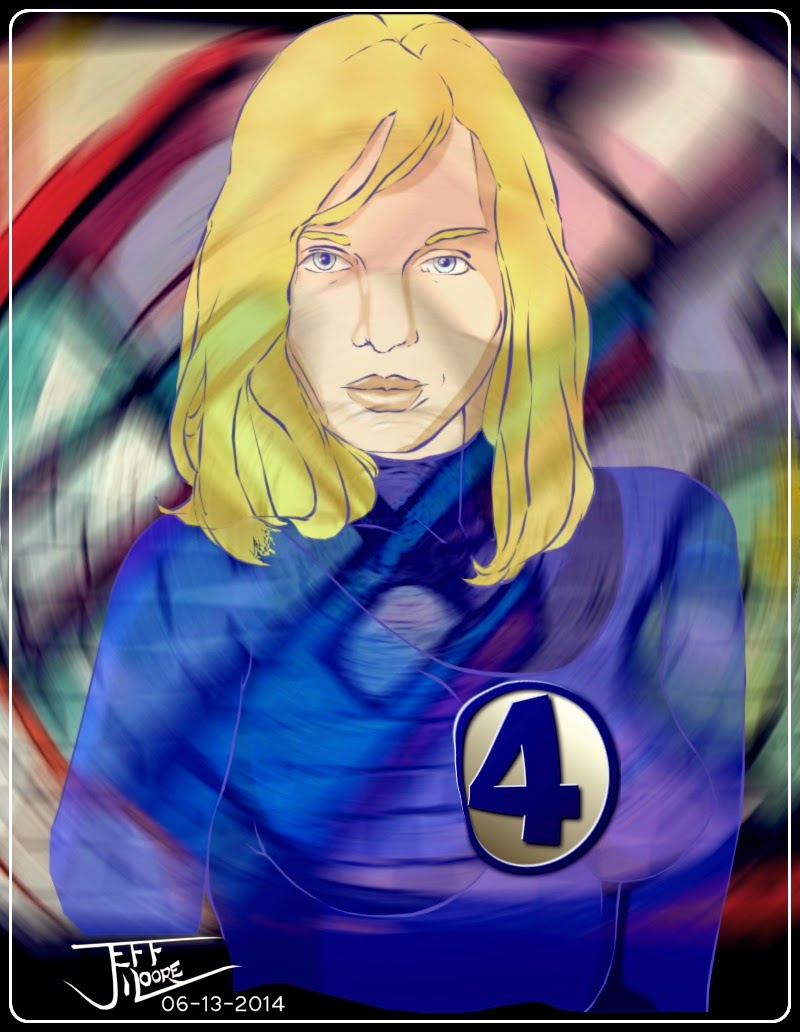 I drew this with GiMP and Mendi suggested that I share it here. I don't get a bee in my bonnet to draw very often these days, and when I do it takes me hours and hours to complete something like this. I often wish that I was prolific enough to illustrate my own RPG, but I just don't produce enough to manage it. Anyway, hope you like.

Posted by Jeff Moore at 9:23 AM No comments:

Jake Bug is currently my favorite musician if you consider how much I listen to him these days. I thought it might be nice to share a little. 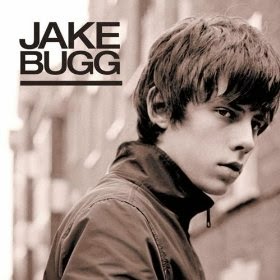 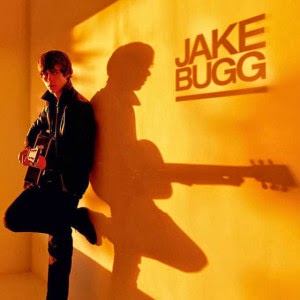 Posted by Jeff Moore at 1:59 PM No comments:

How we play Five by Five

I have played around with various combat rules options here on my blog, but ultimately my Tuesday night play group which has now been playing Five by Five for some months has settled into the simplest interpretations of combat and have taken to hand-waving the importance of things like weapons and armor. 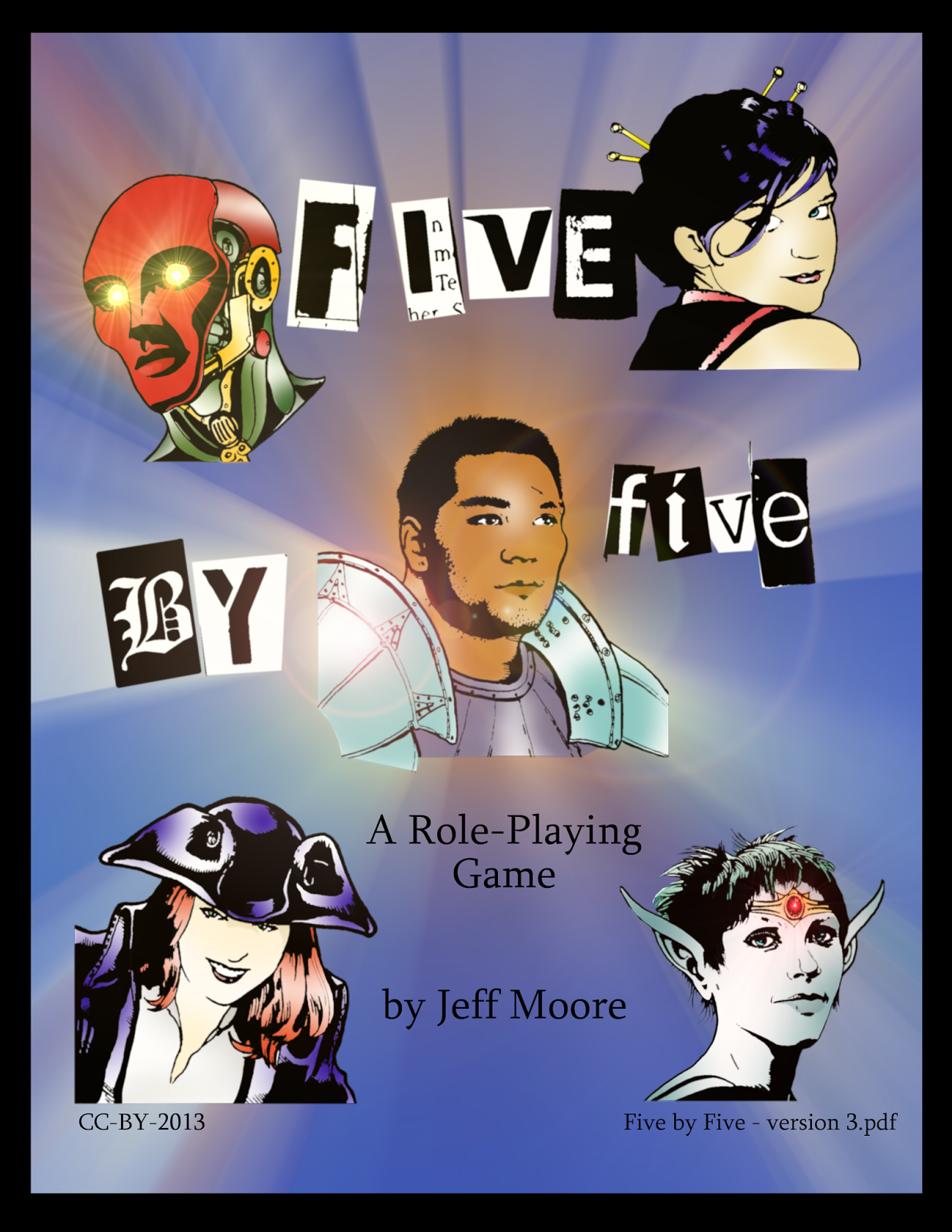 This is our Five by Five.

To create a character choose five traits that you make up specifically for your character like: Astronaut, Race Car Driver, Martial Artist, Detective, Gypsy, Computer Hacker, Mountain Climber ... whatever.

Rate these five traits from 1 to 5 with 5 being the best and 1 the worst (the one with the least amount of skill behind it.) Now, add +1 to each of these ratings. This new number is your starting score in each trait.

Now pick one thing that you have trouble with. Call this your Trouble trait. When called upon to "avoid trouble" related to your trouble trait you must roll Doubles to succeed. The Trouble Trait is a weakness or difficulty for your character.

For all Traits except your Trouble Trait, roll your score or less on a 5x5 roll to succeed. To roll 5x5 get special dice numbered 0-5 or just use normal 6 sided dice and count the six as 0. Roll 2 dice and multiply them to get a result from 0 to 25.

0 always succeeds. So, if you are trying to do something that you don't have a trait for, roll the 5x5 roll and try to roll a 0.

If you have a trait on your character sheet and roll the value of that trait exactly, then that's a critical success. Something great just happened.

Doubles are bad. Doubles never succeed and usually mean that not only has there been a failure, but it is the worst kind of failure. We call this a fumble. The only time Doubles aren't bad is when you are rolling to Avoid Trouble related to your Trouble Trait.

When you roll Doubles you get a Karma Point. Use a Karma Point to re-roll a failed roll. You can even re-roll Doubles but you don't get the Karma for that Doubles roll if you re-roll it, because it never happened.

You also get a Karma Point any time you are called upon to roll against your Trouble Trait to try to Avoid Trouble. The GM will try to use your trouble trait to get you into trouble. Yes, when you roll Doubles while trying to avoid trouble you are awarded 2 Karma Points.

Most rolls happen on the player side. Roll to succeed at a task or to overcome challenges in the environment. In combat, roll to attack, or roll to avoid an attack. Combat tends to be handled in broad strokes. The GM generally won't need to roll anything.

If something bad happens to you (like in combat, for example) the GM will assign a "strike" to your character.

A strike is a descriptive status marker that lets you know that your character has been through something that has diminished them in some way. "You have a scratch on your cheek." or "You gasp for air and feel pain in your chest." or "You drop your head in shame and walk away trying not to cry."

Strikes can be removed with rest or the application of healing skills or magics. But, be careful because 3 strikes and you are OUT. In this case it is up to the GM what will be required for your character to recover.

Weapons and Armor are optional, but if it is decided that they are important to the campaign then they are defined in broad strokes. There are three categories of Weapons and Armor: Light, Medium and Heavy.

Light weapons or armor provides one re-roll per session (like using a Karma Point) specifically for an attack or defense where the weapon or armor would be a factor.

Medium weapons or armor provides two re-rolls per session (like using a Karma Point) specifically for an attack or defense where the weapon or armor would be a factor.

Heavy weapons or armor provides three re-rolls per session (like using a Karma Point) specifically for an attack or defense where the weapon or armor would be a factor.

The re-rolls per session for weapons and armor do not carry over from session to session. Any re-roll not used is lost. Karma Points do carry over and any Karma Points not used are saved for future sessions.

At the end of each session players are awarded XP (experience) to use to improve their traits. Usually 1 XP is the standard award, but sometimes the GM might award 2 XP or in super rare occasions 3.

That's our Five by Five in quick summary. The simplified combat means fewer die rolls in general and this lead to us applying Karma to re-rolls instead of as bonuses to be applied to existing rolls. It's also proven much easier to explain and to apply.

Grades of Weapons and Armor are very subjective and will vary depending upon the campaign. In a superhero campaign, I see Weapon and Armor as more a special effect of powers and not really used.

*** Edit ***  -- I put a PDF version of this article in my dropbox HERE with an updated character sheet to match.

Posted by Jeff Moore at 2:37 PM No comments: