Godzilla 2014 Gets Everything Right! 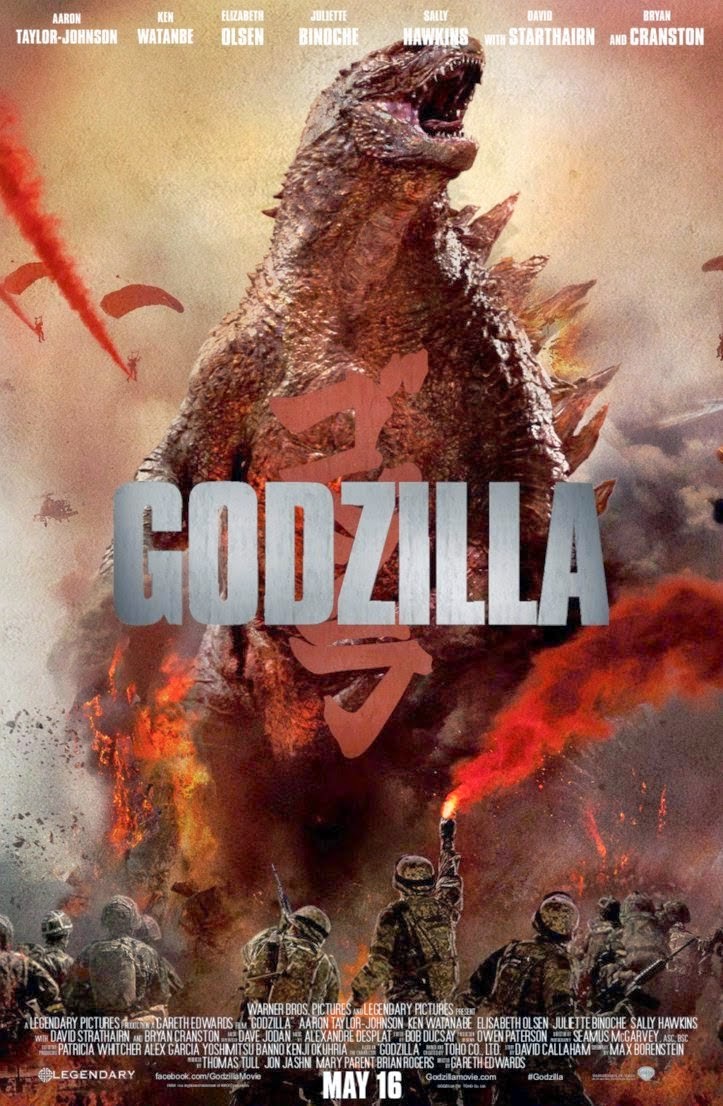 I have been meaning to sit down and talk about this movie for a while now and here it is almost 2 months later and I guess this is old news now ... but, I would still like to toss in my two cents.

First, I am a Godzilla fan. I am an Ultra-Man fan. I love actors dressed as monsters and heroes battling it out in epic scale. Love it. I wrote a review of Guillermo Del Toro's Pacific Rim and I talked about how much I wanted that movie to reach my inner child, but that somehow it had missed the mark. Then I continued to talk about why I thought that was. In reading the review back now, I realize that everything that I thought Pacific Rim got wrong ... Godzilla 2014 got right.

I loved this movie. It brought out the child that I have inside and had him cheering and crying. I was emotionally engaged by Godzilla in a way that Pacific Rim just wasn't able to manage. With Pacific Rim we were thrust into a world of monsters and it was a bit over whelming (I mentioned in my review that it felt like stepping into the third movie of a trilogy where I had missed the other two movies.) Godzilla doesn't make this mistake. We get to be there with the audience as the wonder and horror of what is happening is unveiled. We are part of that ride, and for me it made a world of difference.

The movie wasn't just a blockbuster of visual action, it was beautiful. It was pretty to look at and often welcoming. This made the horror of the monsters and the destruction they wrought more real and more tragic. The human connections were there for me. The characters didn't feel like caricatures like they did in Pacific Rim and this includes the monsters themselves. The monsters had motivations. We understood them and what they were doing and why. They had personalities.

A favorite bit of monster flavor occurs during a scene on a railroad tracks when a monster turns at the sound of a low long train whistle that is so much like a monster roar that the beast returns the call, roaring back towards the train. It was a nice little bit. These monsters are in their environment. They are a part of it. This adds so much to their legitimacy as characters, I can't begin to express it.

Gareth Edwards did a brilliant job with this film. He is not a director that I know at all, but he is on my radar now and I will be watching for him. The film is a visual masterpiece and a treat in every respect. When I read that the film had done well enough to merit a sequel that Edwards will also direct, I was overjoyed. There are so many inspired moments in this film, and Gareth does something with "door imagery" that I want to take another look at ... there's the door that separates Cranston's character from his wife ... the door that separates a little boy from his parents on the subway ... the door that saves a father and daughter from a flood ... all these peeks through doors. It was interesting. Choices in this film tickled my brain, but not in a bad way. I was never pulled from the film, simply sometimes intreged by it, and in all ways very pleasantly surprised.

I consider myself a true Godzilla fan, and as a Godzilla fan I couldn't be more pleased. This movie is smart, interesting, engaging, beautiful, magical, awesome, and stunning. It's true to it's subject matter and a genuinely worthy addition to the Godzilla family and it got my inner child out cheering! And Godzilla is the hero!

There is a very nice professional review of Godzilla here:
http://www.rogerebert.com/reviews/godzilla-2014

It's worth the read. And by all means, if you haven't done so already, go see the movie. It's awesome!