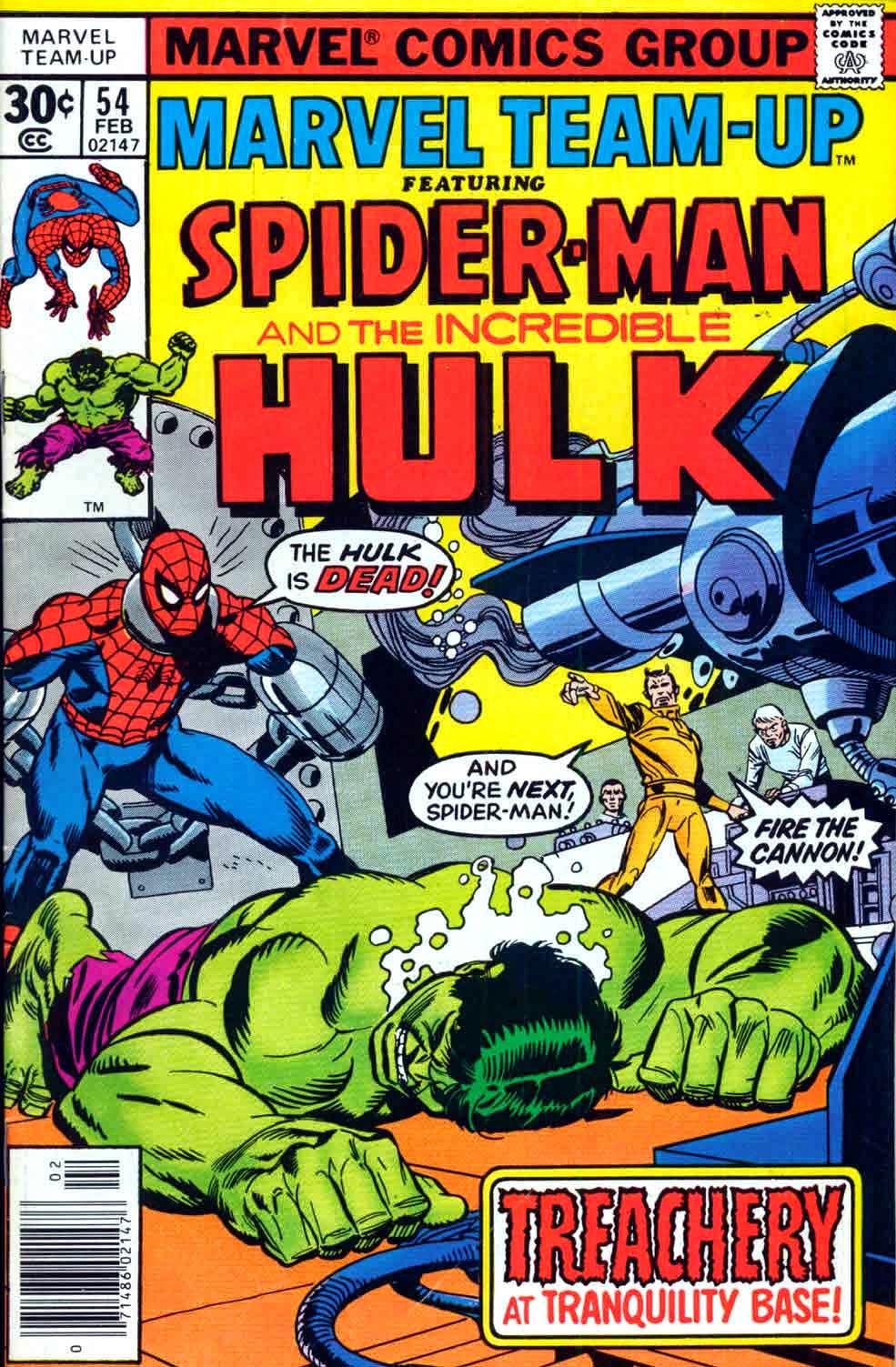 Last night was supposed to be our normally scheduled Five by Five game. Our Five by Five game has turned into an interesting hodge-podge of mixed genre television adventures. The group was in Smallville where they had a run in with General Zod, Lex Luthor and Ra's al Ghul (who is revealed to be a PC's uncle - LOL), then they go to Sunnydale, CA to rescue another PC who was kidnapped by the Initiative and they meet not only Buffy and the gang, but Scooby Doo! Currently they are en route to Raccoon City to investigate a potential disturbance there!!

It's been a lot of fun and Five by Five is loose and easy enough to handle not only the leaps in genre conventions, but also the rotating of GM that we've been playing with. But, last night I was down 2 players and we pulled out Munchkin to play rather than advance the Raccoon City story line with players missing. I had considered briefly running a Super-Five one-shot. For those just joining, Super-Five is a superhero themed variation of Five by Five and it has enough new things built into its design when compared to the original Five by Five that game play should feel quite a bit different.

Which brings me to why I am talking about Super-Five as a lead in to my comic book review. I wanted to run a Super-Five playtest, but I didn't because I didn't have any pre-made characters ready. As this was to be a last minute substitute game, spending the whole time making characters didn't make sense. Yes, I have made creating superheroes with Super-Five as quick and easy as I can ... but, making superheroes of any kind requires a bit of forethought, as the superhero genre is perhaps the most varied and versatile in all of adventure fiction. So, I needed pre-made characters ... and I didn't have any. Which brings us up to this comic book review.

As I have decided to share my comic collecting project with my blog community anyway, and said community is likely here more because of my RPG design projects than anything else ... I am going to add write-ups of key characters appearing in the comics that I review as Super-Five characters. I think this will be especially cool as I am reviewing Marvel Team-Up right now and that promises to offer a range of different and interesting characters. And the next time an opportunity for an impromptu play test presents itself, I will have characters all ready to go!

Now ... about Marvel Team Up #54. More great Byrne art! This one was another quick read. As you might remember from last issue, Spider-Man had just jumped right into the middle of a fight between the Hulk and Woodgod ... who I might have neglected to mention had red glowing eyes and appeared to have been possessed! But if you take a quick look back at the final picture in my review, Spidey didn't forget to mention it! He noticed the red glowing eyes right off!

As we start this issue all reference to the red glowing eyes is forgotten. Now it's just Hulk and Woodgod and Spidey all toe-to-toe, but the animosity from last issue has dissipated and Hulk and Woodgod don't seem particularly hostile towards Spider-Man. Spidey is told by the government agents that now surround the trio to clear out of the way, which he does, and the agents proceed to shoot some kind of super-shocker cable netting at Hulk and Woodgod to capture them.

The nets seem particularly dangerous to Spidey who surmises that the agents are actually trying to kill the Hulk (which we find out in a few pages isn't true) and Spidey breaks the Hulk and Woodgod free of the nets as he quickly switches sides! 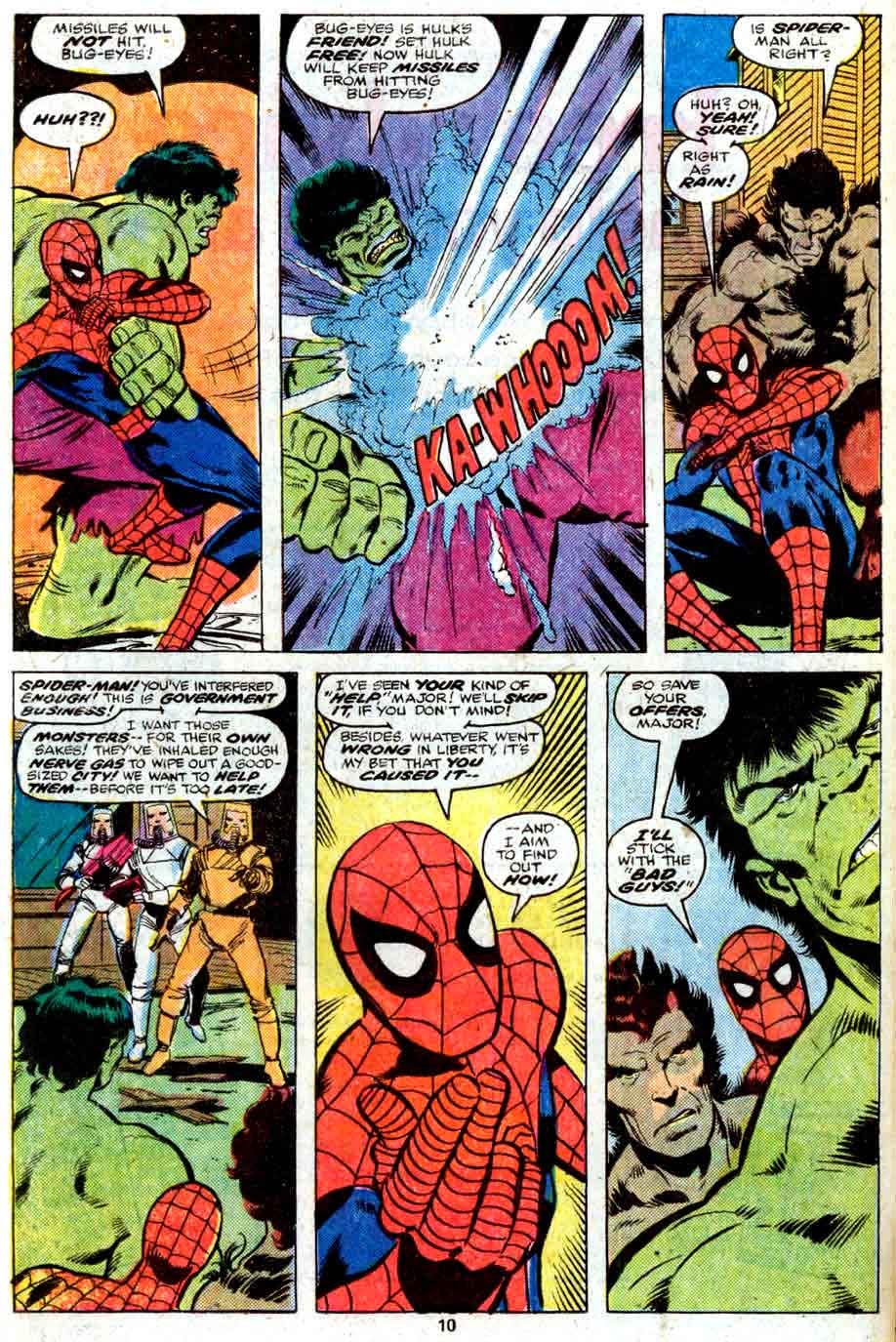 This team-up is short lived as the government agents blast the whole group with knockout gas that they were saving for just such an emergency! The three heroes are captured by the "government" agents and had Spider-Man been correct about their intentions this would have been the end of his comic book! But he was obviously incorrect, because he awakens to find himself (and the other two heroes) captured as the agents claimed that they were trying to do in the first place. 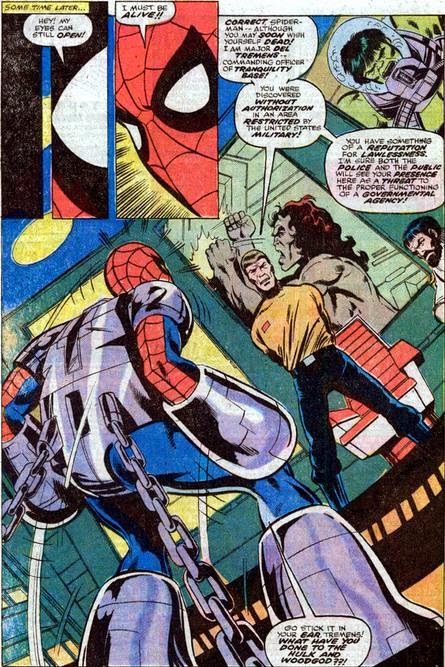 See! They told Spidey that they weren't trying to kill anyone! Hey, does Tremens' uniform kind of remind anyone else of Captain Kirk? Because that's sure the impression that I got. And perhaps that was intentional foreshadowing ... because these "government agents" must be working for some top secret branch of NASA. It seems that their entire plan is to launch Woodgod into space!

Not so long story, even shorter ... Spidey breaks himself free followed by Woodgod and the Hulk. The government agency thugs attempt to stop the escape and fail, but manage to accidentally launch Spidey into space ... which as far as I can tell is okay with them. Sure, they really wanted to launch Woodgod into space, but any hapless superhero will do in a pinch! 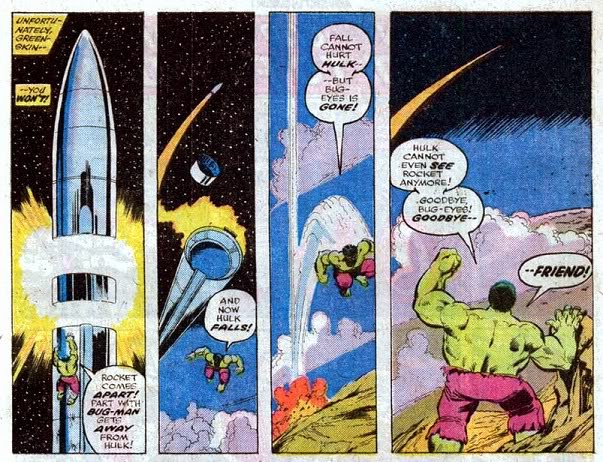 Tears welled in my eyes as the Hulk called Spider-Man, "Friend!" for the first and perhaps the last time... what will next issue hold? Is Spider-Man doomed to become some government space experiment?! We find out next issue!!

I have to admit, when I read these comics half the fun for me is the nonsense ... but this story right now ... makes absolutely no sense whatsoever! And now with Spider-Man blasting off into space and leaving the mysteries of Liberty New Mexico behind him, I wonder if things will ever be explained, or if this is all we get. I suppose I will find out next time. It's funny, in issue 53 there's a explanation in the letters column about Woodgod's use of the word "Scream" which Jim Shooter was apparently worried that readers wouldn't understand. The use of "Scream" within the context of the story was super obvious and no problem at all, and it makes me wonder ... did Shooter read the rest of the story?? Because there was plenty here that didn't make sense! Maybe he was reluctant to bother Mantlo any further after giving him such a hard time over the "Scream" thing and so decided to let the rest of the story slide. See ... this is why it's important to pick your battles!

Below are write ups for Spider-Man, The Hulk, and Woodgod designed for Super-Five (as the game rules exist of this writing.) Those familiar with Five by Five should have no problem playing with these characters in a standard Five by Five game if you want to!

Spider-Man (Millstones: 0 / Milestones: 3)
I have spider-like reflexes that enable me to react quickly to avoid injury! (D8)
I also have the proportionate strength of a spider, that allows me to lift a car over my head or throw a pretty devastating spider-strong punch! (A6)
I can also use my patented web-shooters to entangle bad-guys, or as makeshift projectile weapons! (A6)
I can cling to any surface just like a spider, this allows me to crawl along walls and ceilings (M6)
My web-shooters allow me to swing thorough the city attaching my web-lines to the tallest skyscrapers or anything else overhead! (M6)
I have an amazing sixth sense that I call my spider-sense that alerts me to danger! (N4)
I work for J.J. Jameson at the Daily Bugle snapping pictures! Unfortunately, it barely pays the bills! (P2)
My real passion is science ... specifically chemistry! I designed my web-shooters and the amazing web-fluid that they project! Even Reed Richards was impressed! (H4)
My Aunt May has cared for me all on her own since my Uncle Ben was killed. She is the bravest person that I know and a real inspiration to me! (E4)
J.J. Jameson has it in for me. His campaign against Spider-Man has half the world convinced that I'm the bad guy! (W0)

The Hulk (Millstones: 0 / Milestones: 3)
I got low ... I put a gun in my mouth and pulled the trigger ... the other guy spat out the bullet. ~Nothing can hurt the Hulk!~ (D8)
Don't make me angry. You wouldn't like me when I'm angry. ~Hulk is strongest one there is!~ (A8)
I wander from place to place with nothing but the clothes on my back. ~Hulk jump higher than puny Banner!~ (M4)
I've learned to be very aware of my environment and to keep things under my control. This allows me to live in relative piece without "incidents." ~Hulk will find Banner and smash!!~ (N4)
I am the foremost authority on Gamma Radiation in the world. ~Banner stupid! Hulk no have puny job!~ (P6)
I've become very computer savy over the years. ~Hulk smash Face Book!~ (H4)
I love General Ross's daughter Betty. ~Shut up, Banner! Hulk loves Betty more!~ (E3)
I can't lose control. I can't let the other guy out. ~Hulk hates Banner! Banner makes Hulk go away!~ (W0)

Woodgod (Millstones: 0 / Milestones: 3)
Scream hurts Woodgod, but Woodgod is tough and he will not be stopped by the Scream! (D10)
Woodgod is strong. Woodgod will beat those that bring the Scream to Woodgod. (A6)
Woodgod has the legs of a goat and hooves for feet. Woodgod can run and climb and jump better than the man who brings the Scream! (M6)
Woodgod is of the forest and can track and follow the odors others have left behind them. (N5)
Woodgod is an experiment. Why did the man make Woodgod? (P2)
Woodgod wants to return to the forest where he can live at piece with nature. Animals understand Woodgod. (H4)
The Scream took Woodgod's father. Woodgod remembers his father. Woodgod will avenge his father's memory. (E4)
Woodgod doesn't understand much of the world. Woodgod's mind is like a child's. (W0)

A quick note about the "powers" the number at the end is the Five by Five target for using that power/resource to do something. The letter following shows the general type of power to which the tagline refers.

I had done write-ups for Spidey and the Hulk before, but Super-Five has evolved a bit since then, so these new examples are a little different. Also, Milestones are advancement points used to improve your Hero. I couldn't create Spider-Man's very wide range of powers using just the "new character" creation rules, so I gave him a few Milestones to finish him up. I went ahead and gave Woodgod and the Hulk a like amount and their character write-ups reflect this.

The only thing I know about Woodgod is what I've read in these two issues of MTU. So, I created a Super-Five character for him the best that I could extrapolating from that information. Hope you like what you see. You should be able to use these characters in your standard Five by Five game if you want. (Just ignore "Millstones" they're a new concept that is unique to Super-Five and I'll reveal more about them later!