So, I have started an online playtest of Hero DxD (my Five by Five based Superhero RPG) with a friend from high-school, Michael Curry author of: "Abby's Road, the Long and Winding Road to Adoption: And how Facebook, Aquaman and Theodore Roosevelt helped!" And it's been so cool to reconnect with my old friend (we learned to play D&D together) that I have become a bit of an eStalker ... reading his blog and what not.

So, I'm going to take a moment, because he's cool ... to plug my friend. Check out his book! Check out his blog! I'll wait. And, we are play testing my super's RPG and despite some of the most turbulent times that I can remember in my personal life (and there have been some doozies!) I am on top of the world. I have an "in person" live play test of DxD coming up on the 22nd, and the game is in great shape!

And that's the update ... however, so that there's something interesting to talk about mixed in, and because I am all about the superheroes right now, I am stealing a page from Michael's blog (He writes about comics and RPG's more than me!) and sharing a list of my, "Top 10 Favorite Comic Covers!"

These will all be from comics that I owned at one time and remember fondly. These are all books in my "rebuilding my collection" buy list, and I believe all from the later part of the "bronze age" of comics.


#10 Marvel Premiere #47 - This shot of Ant-Man caught under a magnifying glass by artist Bob Layton just jumped out at me when I saw it at the local 7-11. That combined with the interior art by John Byrne made this comic a must keep! Alas, I no longer have it, and with the impending appearance of the Scott Lang version of Ant-Man scheduled to be Disney/Marvel movie blockbuster, copies of this gem are bringing hundreds of dollars on eBay ... guess I'll be waiting a while to get this one. 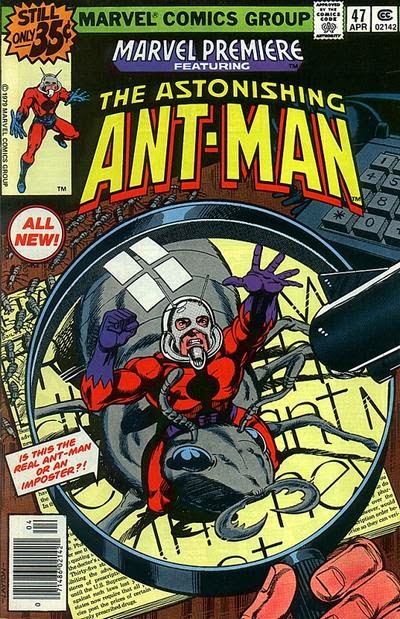 #9 - Superman #331 ... Ross Andru is one of the unsung comic heroes of the Bronze age. In addition to great covers like this (Just look at how sexy Lana is!) he gave us an incredible run on Amazing Spider-man over at Marvel. 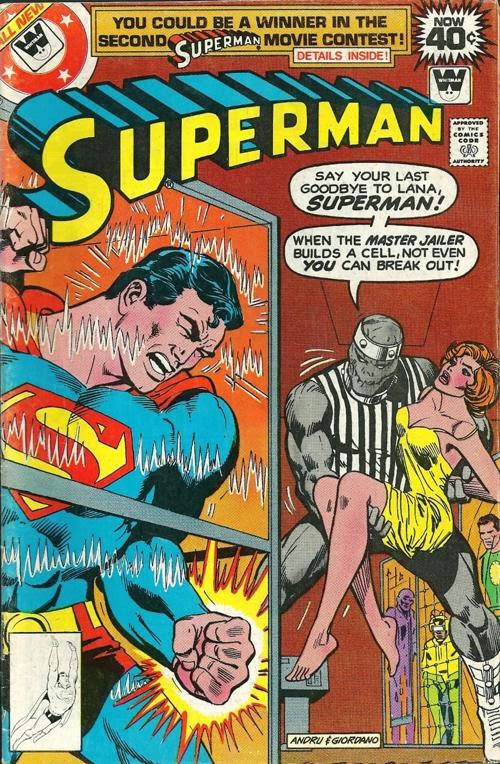 #8 - Detective Comics #473 ... Great shot of Batman and Robin fighting ordinary looking thugs by the iconic team of Marshall Rogers and Steve Englehart. One of the best, shortest creative runs in comics. Batman never looked so good! 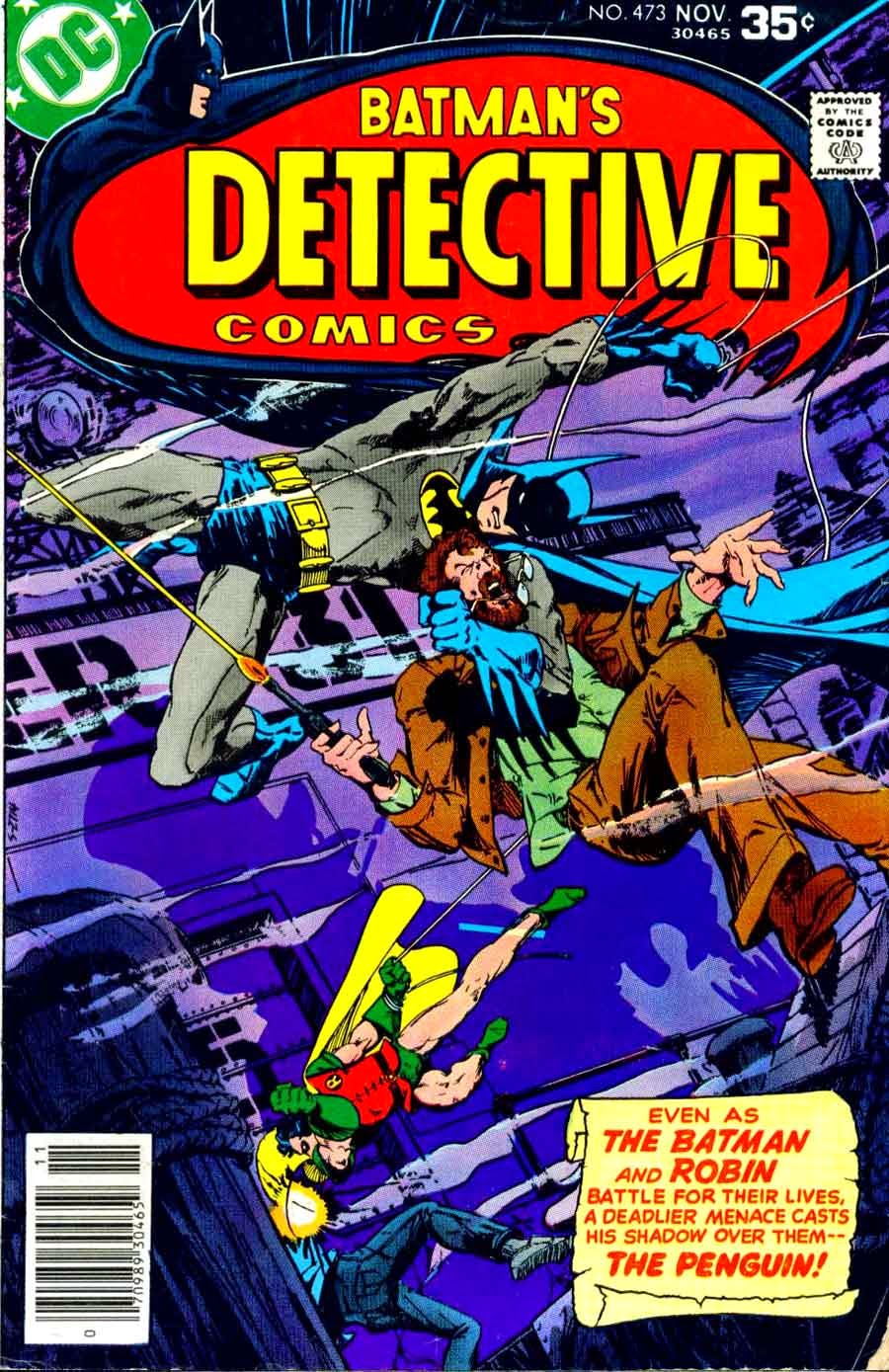 #7 Fantastic Four #170 - This is the oldest book on my list (from 1976.) Before the New Teen Titans made George Perez a household name, he worked for Marvel on books like the Fantastic Four and the Avengers! Just check this Perez cover!! 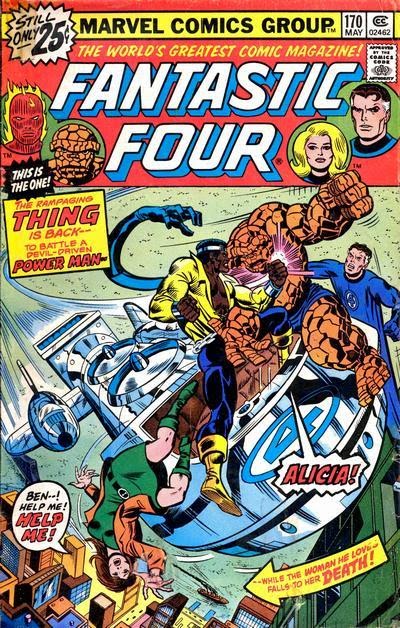 #6 Brave and Bold #149 - Speaking of the Teen Titans, here they are before they were "new" and man are they awesome drawn by Jim Aparro! I love the art of Jim Aparro! He is one of the best comic illustrators to ever put pencil to paper!! 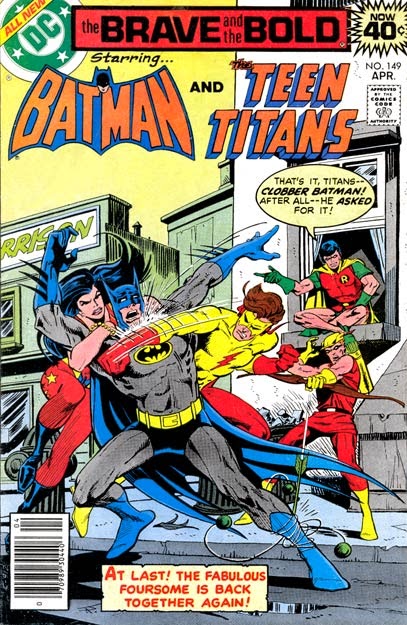 #5 - DC Comics Presents #24 ... Superman and Deadman! And Deadman says, "I thought being Superman would be FUN!!" Fantastic!! Cover by Garcia Lopez one of my favorite Superman artists!! 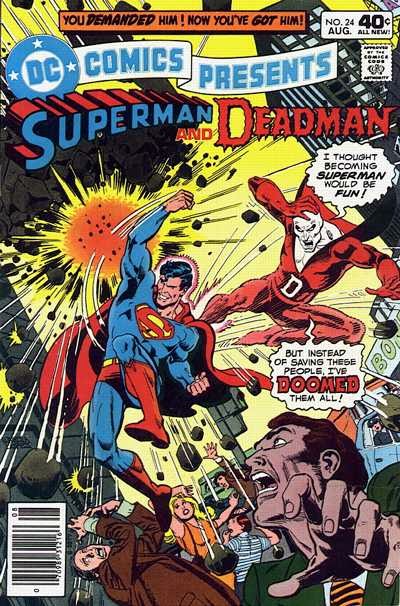 #4 ROM Spaceknight #8 - I loved ROM for the story. Interior art by Sal Buscema was good, but so steeped in the "Marvel Style" that it just never held any surprises for me (that is until inkers Akin and Garvey came on board.) There was a brief run of covers however by Michael Golden that are some of the most beautiful covers you'll ever see! 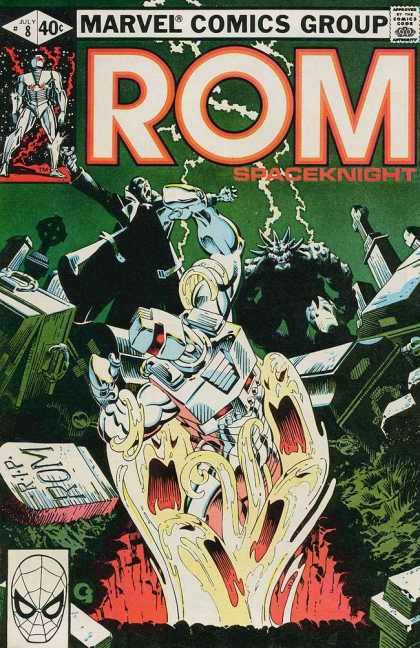 #3 Marvel Two-In-One #50 - This cover literally "jumped out at me" from the comic rack at the 7-11. It was 7:40 somethingish in the morning and I was sitting on the school bus at a stop light and I saw this cover through the window. This comic taught me how to cut school! (Seduction of the Innocent, indeed!) I immediately bee-lined to the 7-11 and bought this one with my lunch money! This may be the first comic I ever bought by myself. Story and art by John Byrne! 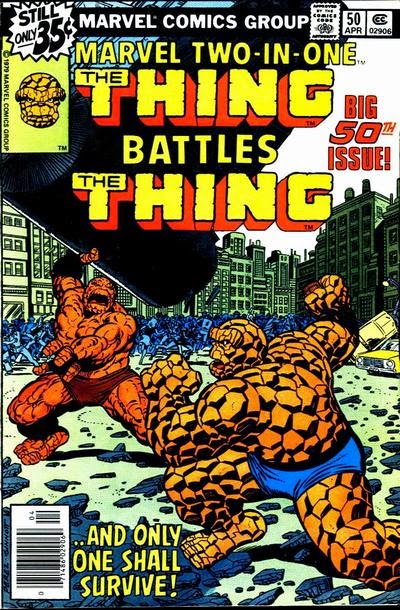 #2 Crossfire #12 - I have always had a huge crush on Marilyn Monroe and this cover by Dave Stevens is just so incredibly beautiful. I think it speaks for itself. The newest book on my list, this one from 1985. So, with this and the Fantastic Four comic from 1976, that pretty much frames my decade of collecting comics. The comics that I have read since (even older issues from before '76) just don't carry the same magic. The comics from 1976 to 1985 ... these were "my" comics. 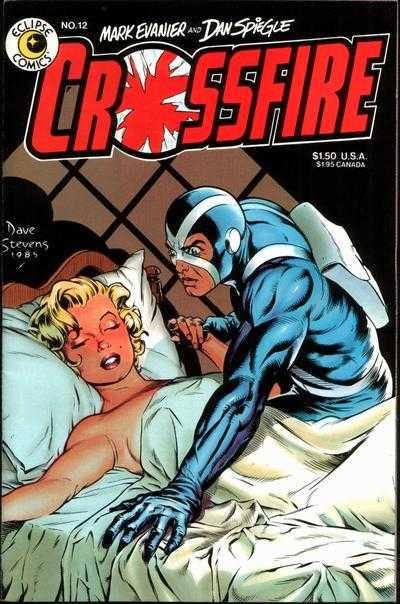 #1 Marvel Team-Up #59 - This might seem an odd cover to make my #1 spot. Not that Dave Cockrum isn't a Marvel legend deserving of praise, but this one earns its accolades for the comic more than the cover. Still ... this is probably the most fondly remembered comic of my one-time collection. This was my introduction to the art of John Byrne. His clean simple yet dynamic style inspired me to draw. I destroyed this comic, tracing every panel until the art inside was creased with my efforts as I worshiped the skill of the illustrator who I wished to emulate. And I learned a lot about drawing from this one book. So, this comic and its cover is forever etched in my memory. And this one I have already replaced, as well as the follow-up issue that allowed me to resolve a 37 year long cliff hanger ... (Spoiler: Yellow Jacket didn't die!) 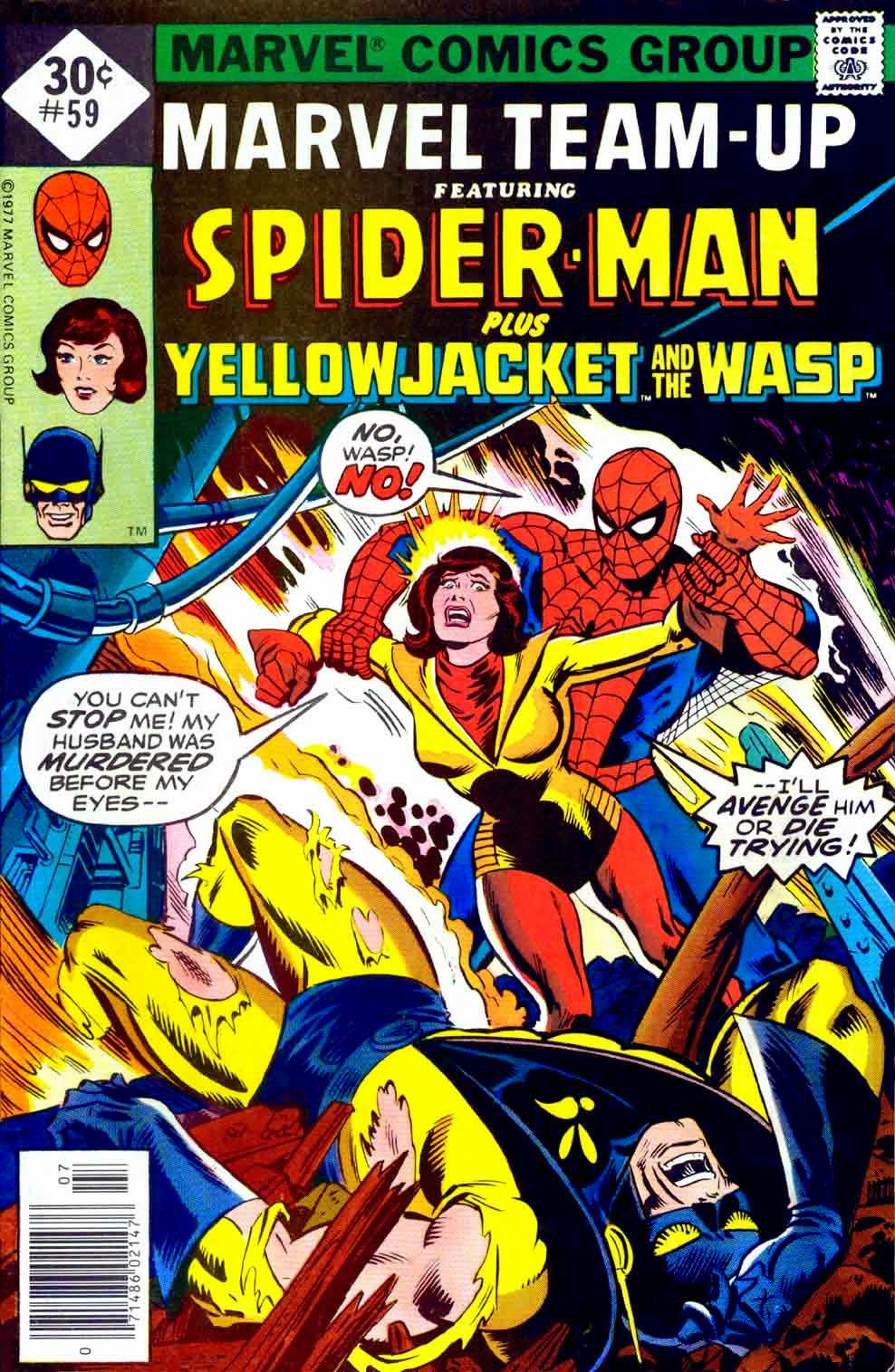 And there you have my personal top-ten comic book covers from my collection that was (and will be again!)

Thanks to Mike for the inspiration!!