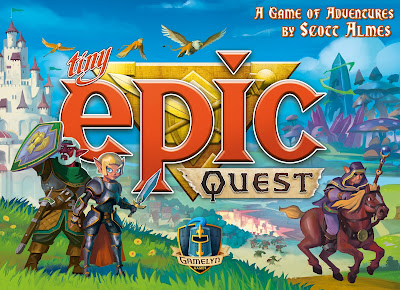 I have invested in a lot of board game Kickstarters and people have asked me what this is all about, so I thought it might be cool to take a moment to explain.

Kickstarter is a funding source for entrepreneurs. Board game designers have grabbed onto this source to see their dreams made into reality, but almost any product or idea that you can imagine can have its start on Kickstarter.

It works like this: people see a cool idea for some new product and they "purchase" the product in advance. But, this isn't a "pre-order;" this is an investment. This product hasn't been produced yet. In fact there is no guarantee that it ever will be.

Ideally, if the funding goal of the campaign is met, you are then billed for the amount of your pledge, and the production of the product that you have invested in can begin. Expect to wait upwards of a year, sometimes more for your investment to pay off.

I pledged for something called "pencil dice." They are pencils that you can roll across the table to get a random number, because they also work like dice. It seemed like a cool idea for a novelty product, and it was a minor investment. Unfortunately, as it turns out, the designer didn't do his homework, and the poor guy is getting sued for infringing on another designer's idea.

I don't think that the Pencil Dice designer meant to do anything wrong, but he used the campaign money to make a product, and now he is being sued. He isn't in a position to repay the money. It's gone. He is being stopped legally from distributing the product, and backers are angry. I believe I read somewhere that the poor man is even getting death threats (over pencils.)

If you invest in a Kickstarter you must be prepared (as with any investment) to lose your money. I do not expect to ever receive my "Pencil Dice" pencils. However, what I describe is the exception, not the rule.

The other side of this coin is: product quality. What if you invest in something and the final product just isn't as good as you thought that it would be? That's a much more common problem, especially with board games. I have invested in more than a few games that I thought would be awesome, but turned out to be nothing of the sort. A few that were just plain bad. Fortunately, I have gotten much better at making wise investments. 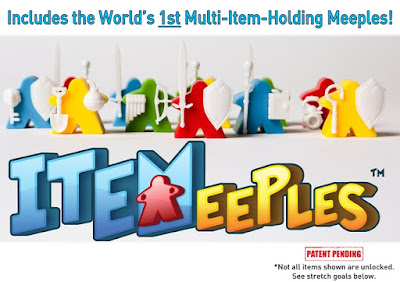 I am one of the investors.

(1) A proven game designer with a strong history of delivering on backer investments.

(2) A track record of great games that just keep getting better.

(3) A fantastic game design that creates the impression that it might feel like: "The Legend of Zelda: the Board Game!"

(4) A low price point that most anyone can afford!

To my friends who are curious about this whole Kickstarter thing, who have been considering making an investment, but have been concerned about the risk: take a look at Tiny Epic Quest. This is: A wise investment. Zero risk. Guaranteed reward. Reasonable price point.

The campaign concludes funding near the end of November, and backers will be billed at that time. The game is scheduled for release in August of 2017, but it has been my experience that Scott Almes company: Gamelyn Games will deliver early. Gamelyn are pros at this whole Kickstarter thing.

Want to be on the ground floor of an awesome new game for you and your family? You can't go wrong with: Tiny Epic Quest! 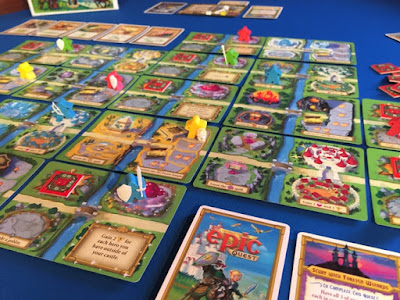 Click the link below to go to the Tiny Epic Quest Kickstarter Page:
https://www.kickstarter.com/projects/coe/tiny-epic-quest-introducing-itemeeplestm