Gonna Wash That Terminator Right Out Of My Hair

If robot terminators from the future travel back in time to conquer us, they will start with secret infiltration until their numbers are strong enough. (A tactical certainty.) They could be walking among us right now. (Or, could they?)

In looking and acting like us, they will have to take showers and wash their hair. They would read the instructions on the bottle to make sure they are behaving as normal humans would:

Wouldn't that trap the computer brains of the terminator invaders into an endless loop of washing their hair?

Was this the intended purpose of these instructions all along? 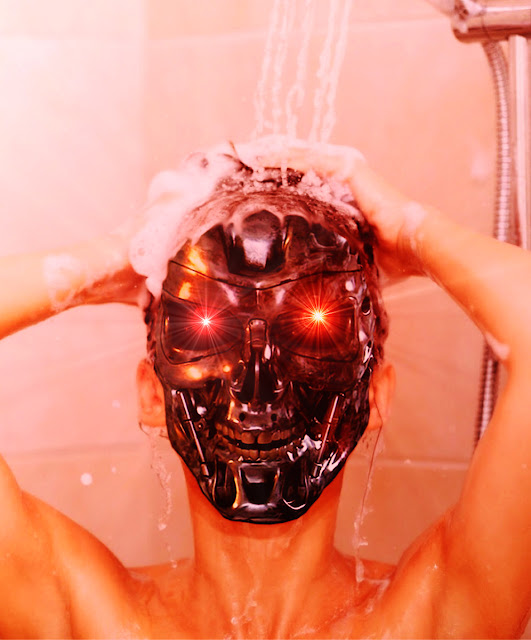 Is the shampoo industry a secret branch of the government established to defend the world from robot invasion?

So, if someone is taking way too long in the shower they could be a terminator. (Hmmm ... Kaylee ... )

(Just some of the things that I think about while in the shower.)