The 26 episode season consisted of two 13 episode story arcs. In addition to the familiar characters of Hal Jordan: the Green Lantern of earth, and the alien Green Lantern: Killowog, the show introduces, Razer a conflicted member of the evil: Red Lantern Corps, and a really awesome space ship with a computer A.I. named: Aya. 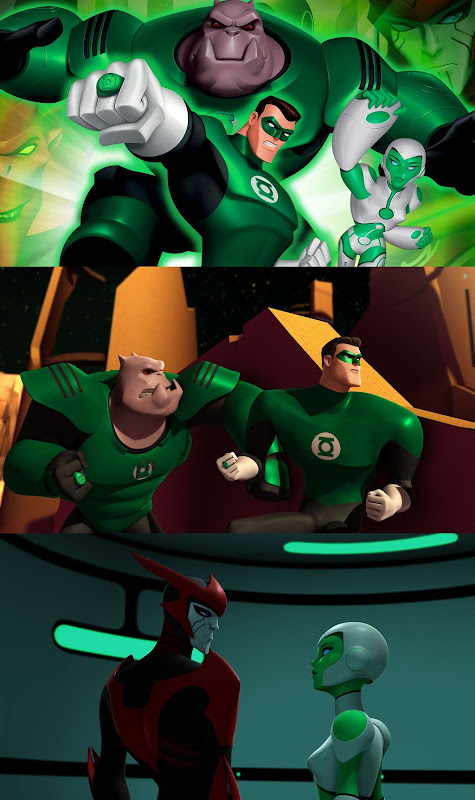 The first arc focuses on the team’s battle against the Red Lanterns, while the second arc introduces the menace of the Manhunters a robot army originally designed by the Guardians to protect the galaxy prior to the creation of Green Lanterns. The animation style is simplistic, but it really works for the show, and it looks fantastic in motion. (The still images don’t do the show justice.)

There is a lot going on here, especially with the stories of Razer and Aya. The two 13 episode story arcs are complete in and of themselves, and this makes it feel like there are two seasons of the series instead of just one. I don’t want to speak about the specifics of the stories themselves because I would hate to give anything away. This show is too good to spoil. 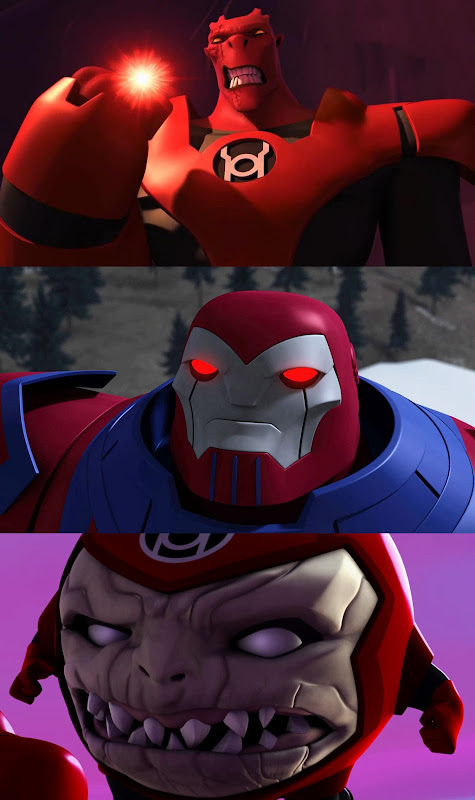 If you have a subscription to DC Universe, you can stream the series as part of that service, but I don’t think the series is available to stream anywhere else right now. You can find copies of the Blu-ray or DVDs (on DVD the series was released as two 13 episode sets) pretty cheap. If you are a comic book superhero fan, I feel pretty confident in recommending this one to you.

Green Lantern: The Animated Series is amazing. I consider it a “must see!”