100 – Dingo’s Dreams
Dingo’s Dreams is a simple puzzle game where everyone is attempting to create a pattern using sliding tiles. The game features charming artwork by Ryan Laukat. This game is a simple abstract filler that plays in under 30 minutes. Sometimes the simple games are the best games. In the case of Dingo’s Dreams this is certainly true. If you are looking for a relaxing puzzle game to fill a few minutes on game night, this is the game to play. 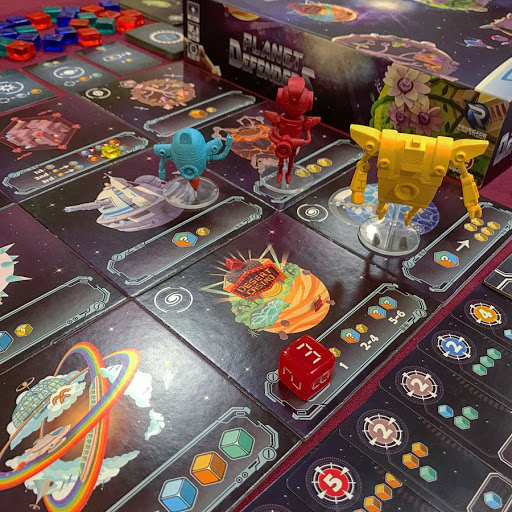 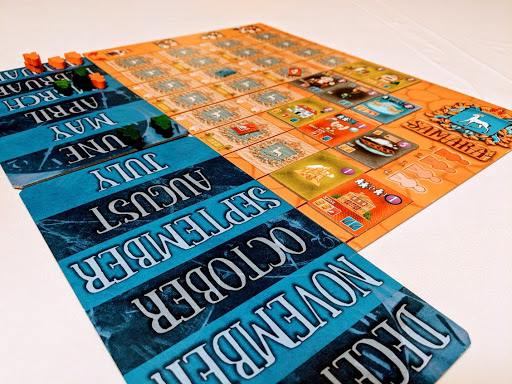 98 – Samara
In Samara, players compete to construct the best personal little town. Buildings are represented by cards that are taken from a shared player board. To get the building you want you simply assign a worker or workers to the construction of that building. You do this by placing your workers on a time track. Some things take more time to construct than others and managing your worker’s time is key. The time track moves as time passes and Samara’s method of tracking time is one of the things that I really enjoy about the game play. This one is fun, easy, quick, and comes in a small package. Samara is a winner. 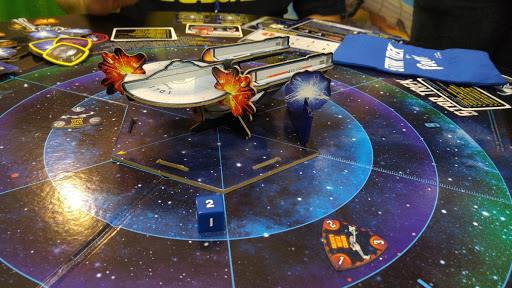 97 – Star Trek Panic
In Star Trek Panic you play as members of the original Star Trek series and attempt to complete missions based on episodes of the original series all while enemy space ships are attempting to blow the Enterprise to bits! Based on the popular tower defense board game: Castle Panic, Star Trek Panic takes everything that was good about that game and dials it up to 11!! And, the cardboard model of the Enterprise is AMAZING! This is a cooperative game where everyone works together to complete a series of missions, or go down with the ship! 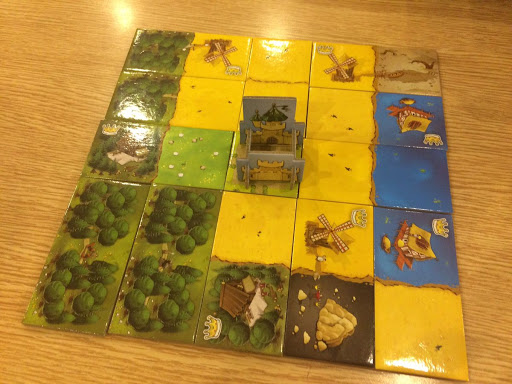 96 – Kingdomino
The award winning Kingdomino has players taking turns drafting domino tiles and placing them in their own personal 5x5 kingdom. The dominoes have images of landscapes on them, grasslands, lakes, forests and caves. Some tiles also have little crowns on them. The goal is to create unbroken groupings of land types. You get points for all of a specific land type that is grouped together multiplied by the number of crowns in that group. The game is super easy to teach and play. It’s a fun little puzzle. Kingdomino is one of those games that is simple to play, but tricky to master.
Posted by Jeff Moore at 5:05 PM