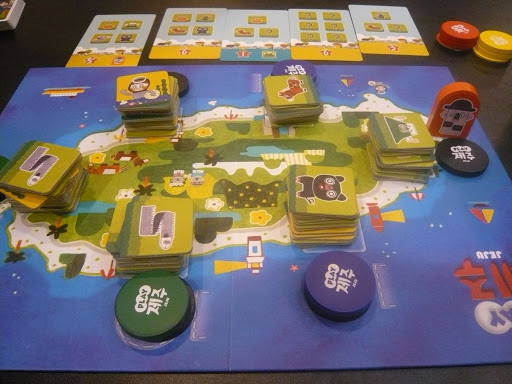 95 – Jeju Island
In this board game from Korea, players enjoy their “experiences” taking a vacation to Jeju Island. Such experiences are resource tokens that can be traded in for cards which grant victory points (And also, more often than not, permanent resources that can be used to gain better cards later in the game.) A player’s journey is represented by colored discs placed in stacks around the island. On a turn players travel around the island by choosing a stack of discs and distributing them, one disc at a time, on the other stack locations around the island. Then, every player who has a disc of their color on top of a stack gains a resource corresponding to their location. Jeju Island is a great little game. The graphic design is quirky and cute. The mancala inspired game play is easy to understand but still challenging, and the engine building aspects of the game provide just enough “crunch” to keep this one coming back to the table. 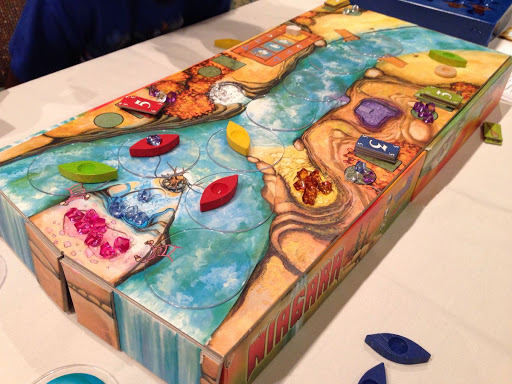 94 – Niagara
Your goal in Niagara is simple enough: float down the river in your canoe and gather gems that are along the shoreline as you go. Get one of each of five gems safely back up stream and you win the game. But, there’s a problem: the falls. In Niagara the board game, the water moves. This is accomplished by transparent discs that fill the river’s path. Each turn a new disc is pushed in at the mouth of the river causing other discs at the far end to fall out, over the falls. The trick of this game is to plan your turn so that you can get the gems that you need without going over the falls. Niagara looks awesome on the table. The game board is designed to sit on top of and wrap around the game box so that the “falls” will actually fall. The board design wins for both function and fashion and is a huge part of the immersion and fun of the game. 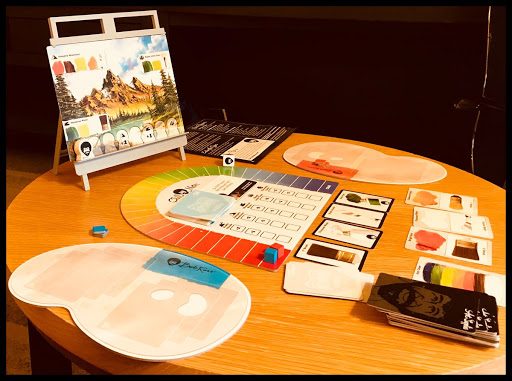 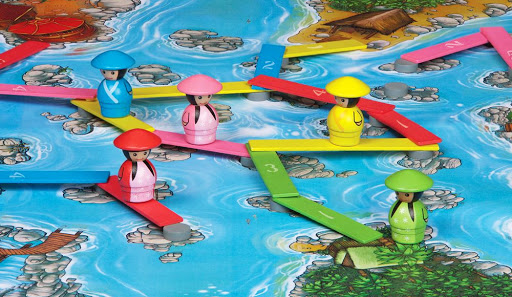 92 – River Dragons
In River Dragons players race to be the first one to cross a river and get to the other side. To do this players have to build bridges by placing first stones and then wooden planks in order to get across. Player movement, the placement of stones, and the placement of planks is all controlled with cards. On a turn, players choose 5 cards and set them face down in front of them to show which actions they plan to take. Then everyone takes turn activating one card in order around the table until all 5 cards are played. Each player also has a Dragon card of each other player’s color that they can play to try to thwart the plans of their opponents. If a Dragon card of your color is played, then your card gets canceled out. This can mess up the actions that you take later on and might cause you to fall into the water, sending you back to the start. The “take-that” aspect of River Dragons is actually pretty light, and having your plans go haywire can often be more entertaining than when things go to plan. The component quality of River Dragons is off the chart. It’s one of the best looking games in my collection, and I have had great success playing this one with younger kids. 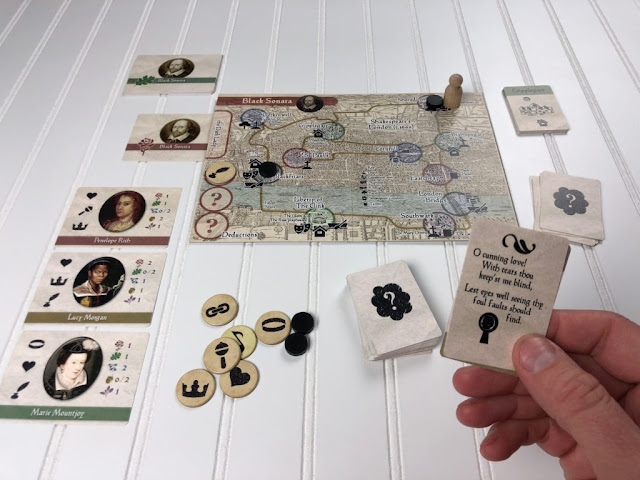 In Black Sonata the player tracks the “Dark Lady” referred to in the sonnets of William Shakespeare in order to try to ascertain her identity. This is a hidden movement and hidden information game in which everything is controlled by a deck of cards. Careful set-up is vital to creating the puzzle of the game, but it all works brilliantly. You start play with just enough information to begin your search. Eventually you will locate the Dark Lady and gain a clue to her identity. If you identify the Dark Lady successfully, you win. Fail, or take too long, and the Dark Lady gets away. This is a one-player only game – the only one that I own, but Julie and I have shared the experience tracking the Dark Lady together and it worked great! If you want a puzzley deduction game for one (or two) player(s) Black Sonata is a winner.