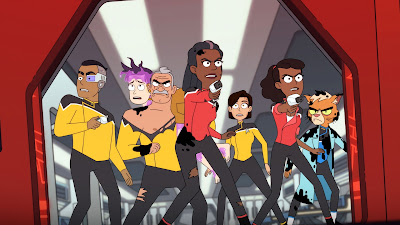 Now that we are back from vacation, Julie and I have had the chance to watch the last few episodes of the CBS All Access exclusive - Star Trek: Lower Decks. 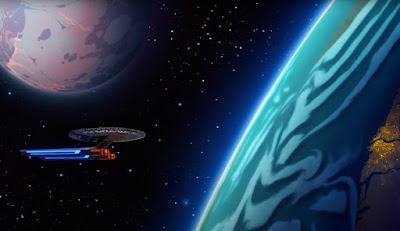 Lower Decks is set in the world of Star Trek just after Next Generation, during the time of the TNG Movies. It tells the story of some of the crew of the USS Cerritos (NCC-75567) a California Class starship. Lower Decks was inspired in part by the Next Generation episode: Lower Decks, and tells the story, not of the bridge crew, but of the ensigns and lesser enlisted men and women in Star Fleet as they labor behind the scenes. 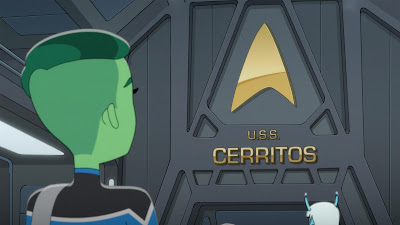 I admit to being quite apprehensive about this series going in. Animated series of this type tend to adopt a frantic style of story telling that approaches sensory overload for an old-fogy like me. The series was created by Mike McMahan who also wrote and produced the first two seasons of Rick and Morty. 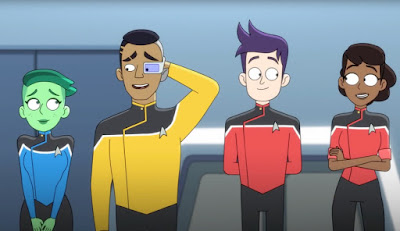 I actually enjoy Rick and Morty (old-foginess not withstanding) but was this super-kinetic method of prose right for Star Trek? It turns out that the answer is, "yes." Mike McMahan is a super nerd. This is evidenced by Rick and Morty, but perhaps even more so in Lower Decks. McMahan approaches the Star Trek franchise with a genuine reverence that is apparent in every frame of the show. 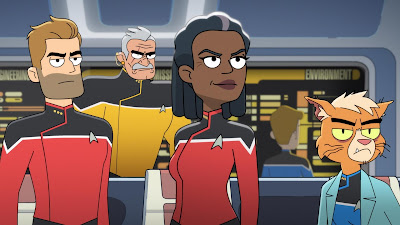 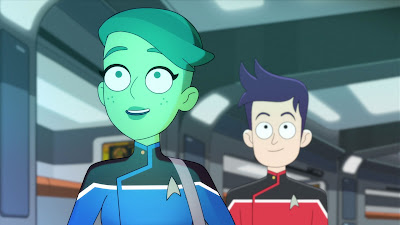 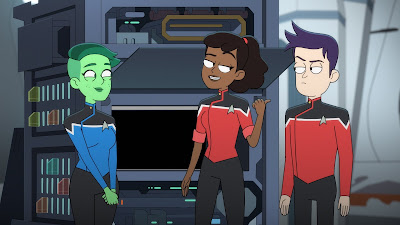 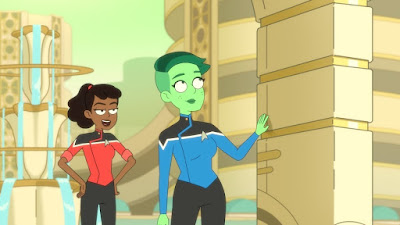 Julie
and I agree that the Orion Ensign Tendi is our favorite character on the show, but all the characters are really strong. With the exception of J.J. Abrams' Star Trek 2009 movie (which I discount out of hand,) Tendi is the first time an Orion has been depicted in Star Fleet, and this is no slave girl. Tendi is intelligent, open minded, ambitious, and ... well, amazing. The whole show is amazing. Lower Decks shouldn't be as good as it is. 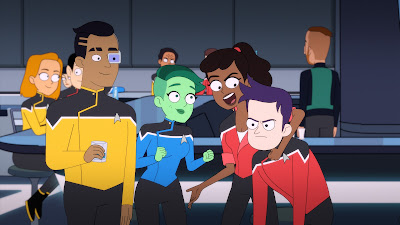 With season 3 of Star Trek: Discovery starting on Thursday, a full season of Picard, and a full season of Lower Decks waiting for you, there is really no reason not to pay the money for CBS All Access if you are a Star Trek fan, because this is good Trek. It's a great time to be a Trekkie! 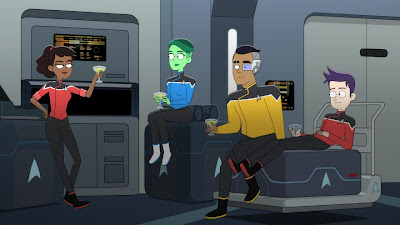 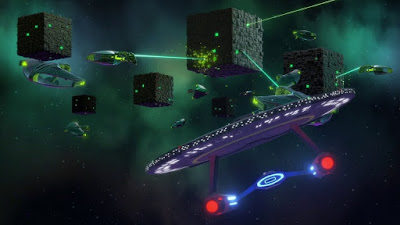 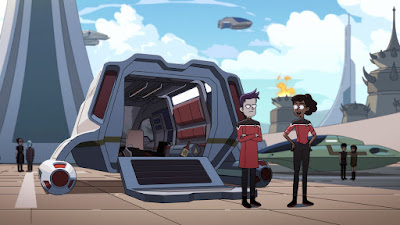 And, I haven't even mentioned: The Ready Room! The Ready Room is an Interview show both hosted, and (I am pretty sure) scripted by Wil Wheaton. Watch the Ready Room after you watch the episodes that it features because there are spoilers, but this show is great! And it's awesome to geek out with Wil after watching an episode. It feels like Star Trek is being created by its fans, for its fans, and they are getting it right. 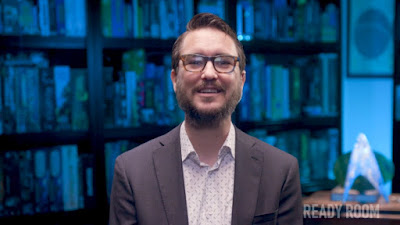 (Also, in the last episode of Ready Room, Wil Wheaton films in his personal game room to create his backdrop, (It looks great!) and Wil has more board games than me!
Julie
, we need to get to work!) 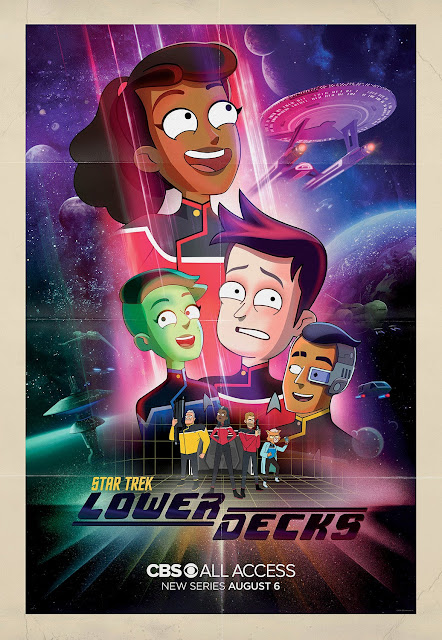