Role Playing Games Part 3 - After D&D and the OSR 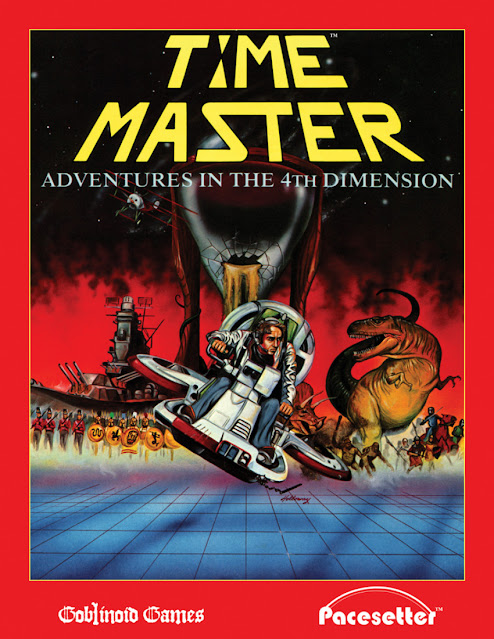 After Dungeons and Dragons I branched out to try other games. The first of these was: Time Master, which I purchased in 1984 from the local comic shop in Sparta, IL. The version of Time Master that I currently have on my shelf is different from the one that I bought back then, not because it is a used copy purchased from Ebay, but because it is a reprint. Even though Pacesetter, the company that published Timemaster (as well as the games, Chill and Star Ace) only existed as a company for a year, its legacy lives on. 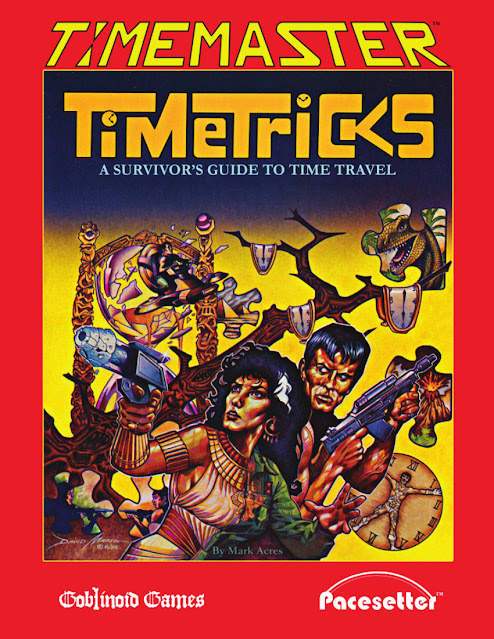 Timemaster and the Pacesetter house system (known as the Action Chart system) were acquired by the company Goblinoid Games. Timemaster was reprinted with new artwork, and another of the Pacesetter properties: Chill, was rebranded as Cryptworld. (The rebranding was necessary because another company acquired the rights to the name, “Chill” but then released the game with a completely new system, and much much darker theme –yick! I used to own a copy of that game, but I never played it. – I didn’t like it at all.) 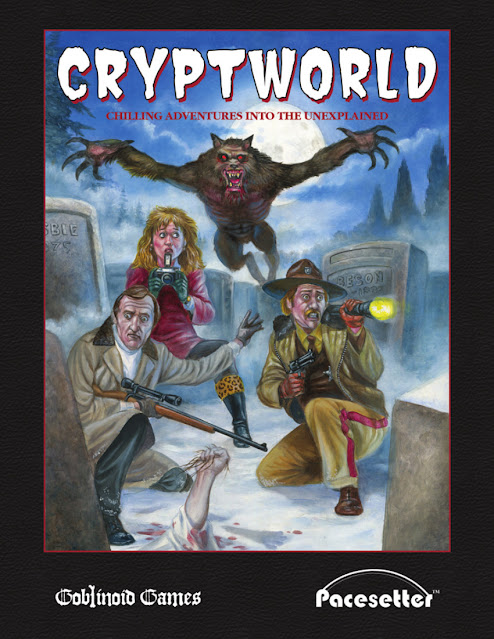 In addition to Timemaster, I have a supplement called Timetricks, as well as the Cryptworld core rules and a supplement for that game called Monsters Macabre. I never owned a copy of the original Chill rules (the game that Cryptworld rebrands,) but I did play a session of Chill at my friend Dan DePalma’s house in Tulsa many, many years ago, that he called Scooby-doo Chill. The session was so much fun that I decided to add Cryptworld to my bookshelf to sit alongside Timemaster. 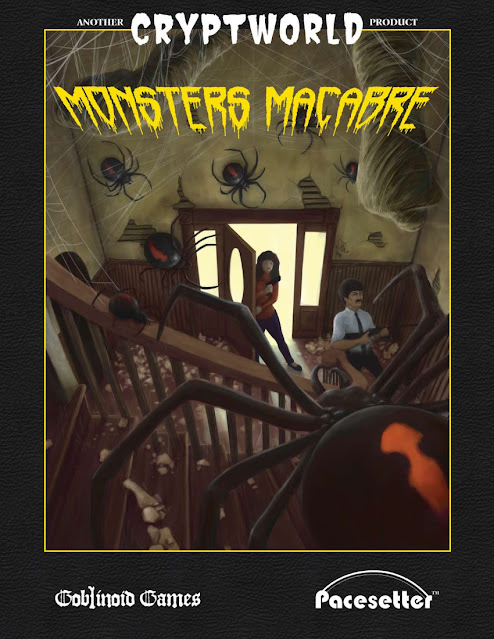 Goblinoid Games is also responsible for a few other games on my bookshelf. They printed a consolidated version of the very Basic and Expert Dungeons and Dragons game rules that I raved about in my previous post called, Labyrinth Lord.* LL takes the B/X D&D rules a tiny step further, cleaning them up even more (although not changing much) and putting them under one cover so that people can play this long out of print** game today. 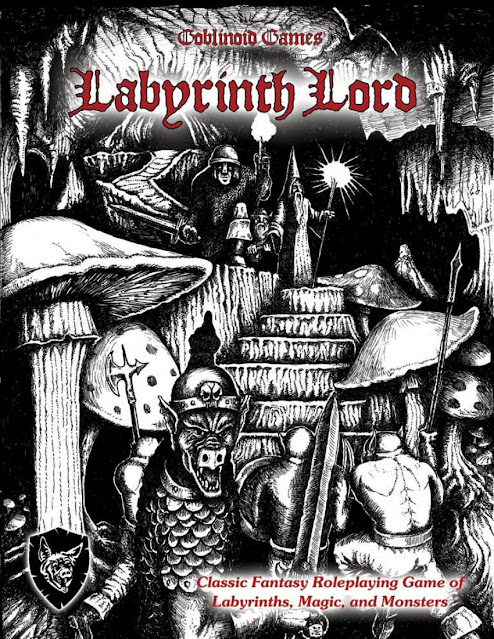 There are a lot of “reprints” and “reimaginings” of classic games like D&D out there. These exist because modern versions of Dungeons and Dragons and other classic RPGs had gotten really complex, or because they were simply out of print** and unavailable. These volumes, fueled by the nostalgia for a “simpler time” have for the most part sold very well, and are responsible for a “movement” called the Old-School Revival, or Old-School Resurgence, or Old-School Renaissance, or just the OSR. 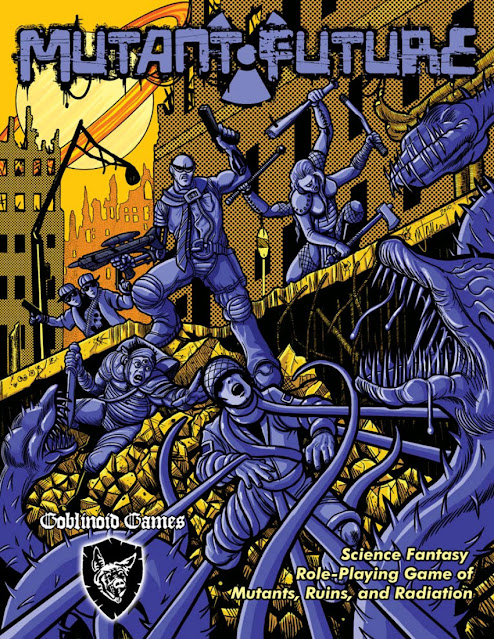 Labyrinth Lord is a great alternative to Basic Dungeons and Dragons, and its success led Gobinoid Games to release other games using the B/X D&D system: Mutant Future (which was inspired by another classic RPG called Gamma World) and Starships and Spacemen (a game with a setting inspired by the original Star Trek) are both games that have found a place on my shelf. (Add to these a campaign setting for Starships and Spacemen called, The Lucanii Drift.) 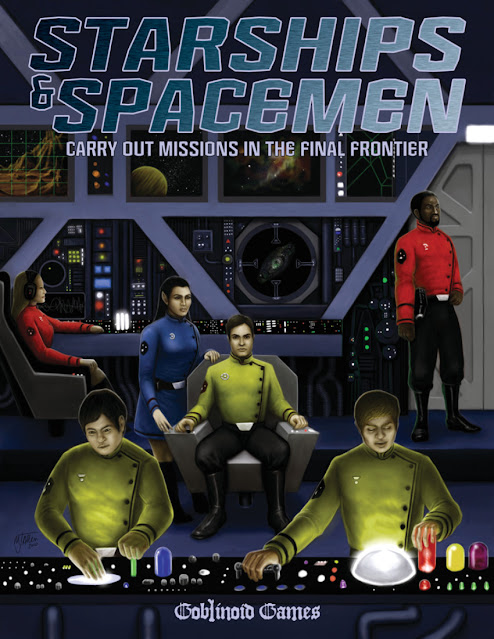 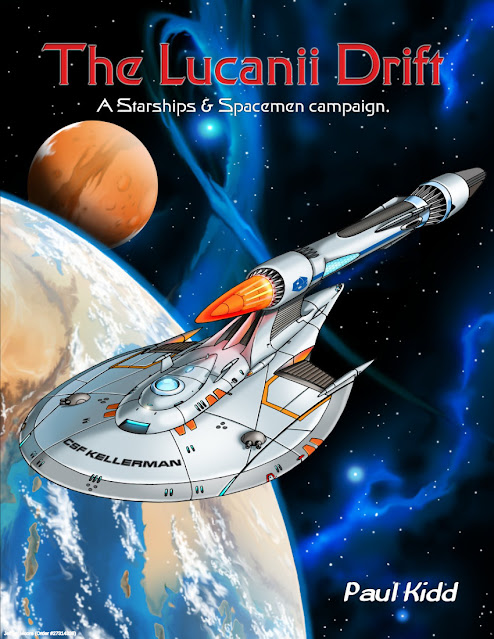 I also have a source book for Labyrinth Lord called the Class Compendium that contains 52 additional character classes for players to choose from when making their characters. Remember that I said that I felt limited by Basic D&D’s lack of class/race choices. The Class Compendium completely negates such a complaint and expands Basic D&D well beyond what even AD&D had to offer. As if that isn’t enough, I have Advanced Labyrinth Lord which expands LL’s Basic D&D rules set to include the AD&D rules and works (mostly successfully) to make the two systems fully compatible. 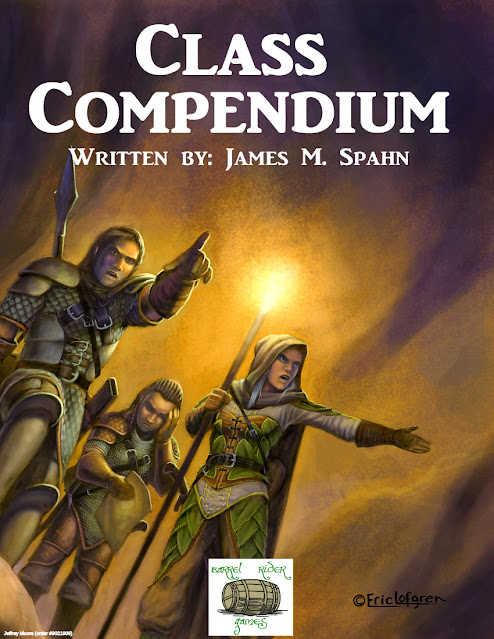 Other OSR games have found a home on my bookshelf as well. I have Swords & Wizardry which is another iteration of D&D based solely on the information contained in the D&D micro-books that I mentioned in my previous post. These early rules predate AD&D. So, Swords & Wizardry serves to give me a good idea of what it might have been like to play Dungeons and Dragons at its very beginnings. 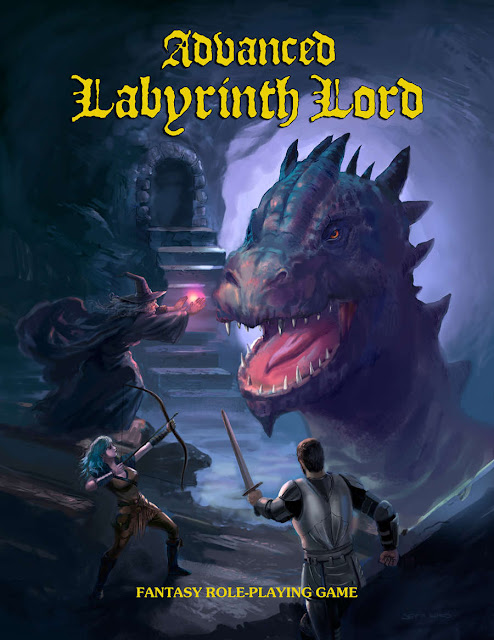 To accompany Swords & Wizardry I have a supplementary volume called: Monstrosities. This amazing book has over 500 pages of monster entries for use in fantasy adventure role-playing games and is the best single volume on monsters that I’ve found. It’s not only super cool for the variety of monsters that it contains, but because each monster entry includes a suggested encounter/ scenario that features that monster. It’s a great book! 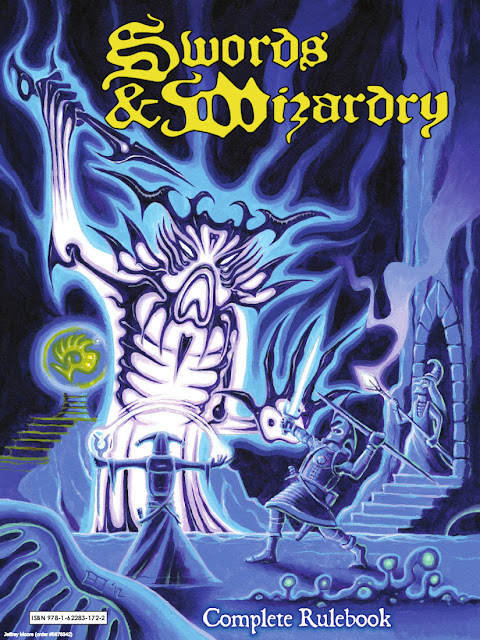 Finally, to conclude today’s post, I will mention Petty Gods, a huge volume of deities, demi-gods and heroes, not this time taken from myth and legend, but inspired by it. All the entries in this book are original, created for fantasy role-playing games. This tome is just as grand as Monstrosities and just as wacky and strange as any myth or legend you might have learned in history class. It is a ton of fun to read. 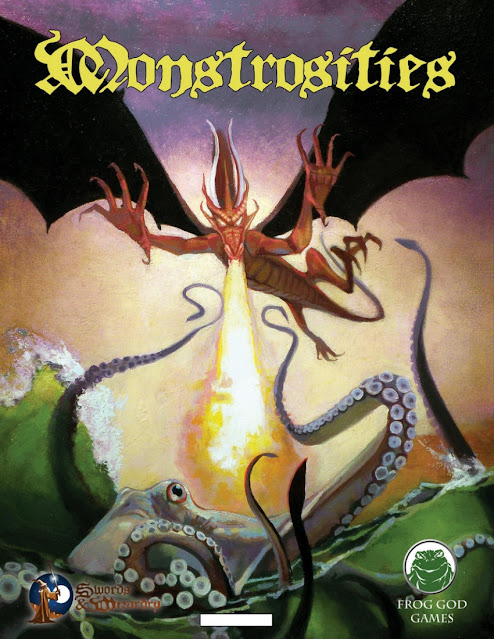 *You may wonder how other companies like Goblinoid Games can print Dungeons and Dragons rules (even old ones) under another name. Firstly, games: board games, and role-playing games alike, are defined by U. S. Copyright law as “systems,” and systems are not subject to copyright. Although, systems can be patented, a patent is difficult, and more importantly, expensive to obtain. The sad truth is that in many cases games just don’t generate enough revenue to warrant the expense of a patent. D&D is an exception to this, but in the case of Dungeons & Dragons, its creation is tied up in a variety of sources, not least among them being the input of “creators” Gary Gygax and Dave Arneson, as well as the original war games from which much of D&D’s combat rules have evolved. Secondly, when Wizards of the Coast relaunched D&D in its 3rd Edition, they wanted to ensure a strong player base and so offered something called, the Open Game License. The Open Game License invited other creators to produce derivative works based on Dungeons & Dragons. This bold move meant that D&D’s systems would be embraced by hundreds of third party publishers, large, small and independent, without fear of reprisal. This gamble paid off and the role-playing game industry exploded as a result. So, the OSR exists as a thing, and there are many many “versions” of Dungeons & Dragons out there for players to enjoy. 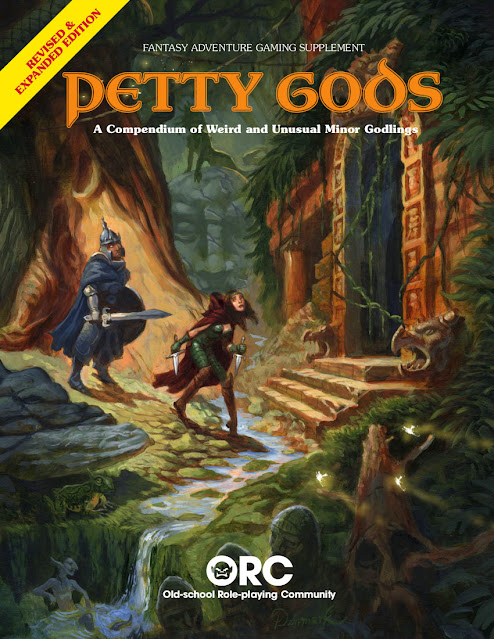 **Much of the classic D&D rules are no longer out of print. Wizards of the Coast did finally jump on the OSR bandwagon and make many older editions of D&D books available in “print on demand” volumes.
Posted by Jeff Moore at 1:51 PM