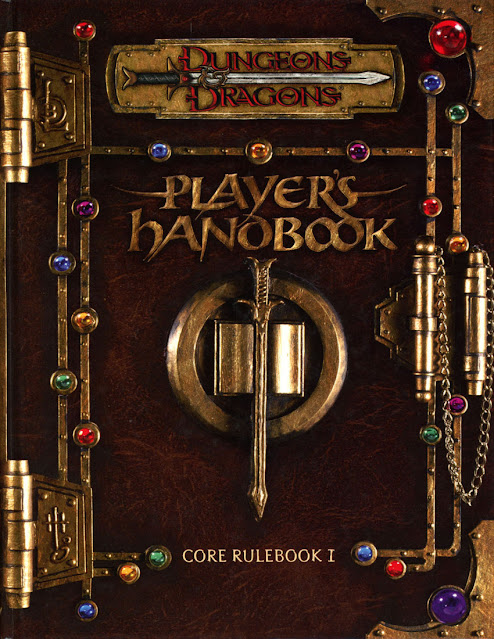 D&D’s entry point into the book and hobby stores of the world was through its distributor, Random House. The way this particular arrangement worked is that TSR (TSR was a company founded by Gary Gygax and childhood friend, Don Kaye. Gary Gygax and Dave Arneson are credited with the creation of Dungeons & Dragons.) received a percentage of a book’s value immediately from Random House upon delivery and then the balance once the book was sold. If a book did not sell, it could be returned, and Random House would be reimbursed for their initial investment. 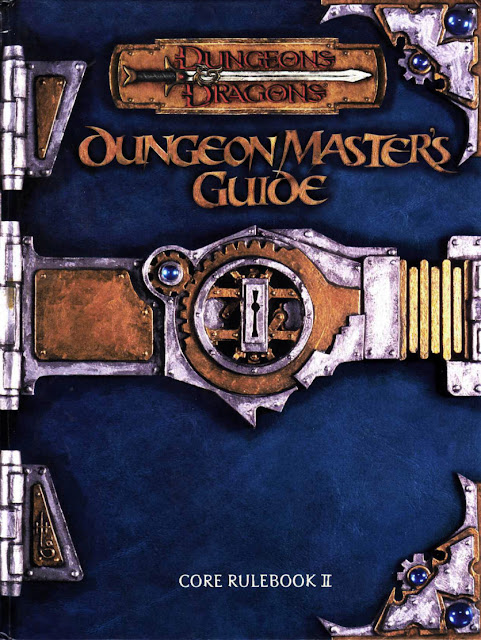 My understanding is that this distribution arrangement was unusual. It apparently served TSR well enough at the time. Dungeons & Dragons books were illustrated, hardcover volumes that were expensive to produce, and the immediate influx of revenue from Random House was helpful in keeping the books in print. Unfortunately, TSR got greedy (this is after Gygax has been forced out of the company) and over-produced a large percentage of product just to get quick money from Random House. 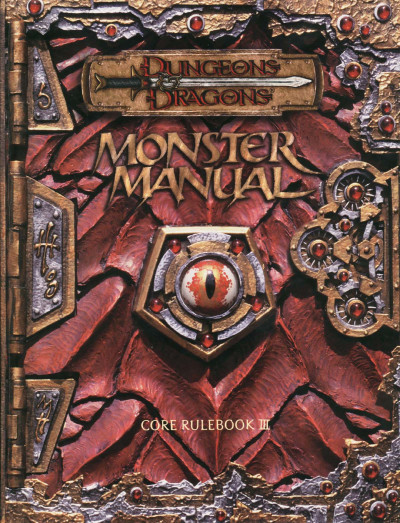 Random House sued TSR, and sent all unsold product back. They terminated TSR’s distribution contract, and that was the end of TSR. TSR lost the lawsuit, and had to pay Random House pretty much everything they had. While D&D as a property was worth millions, TSR couldn’t pay their people to produce the product, and had lost their primary means for putting their books on store shelves. 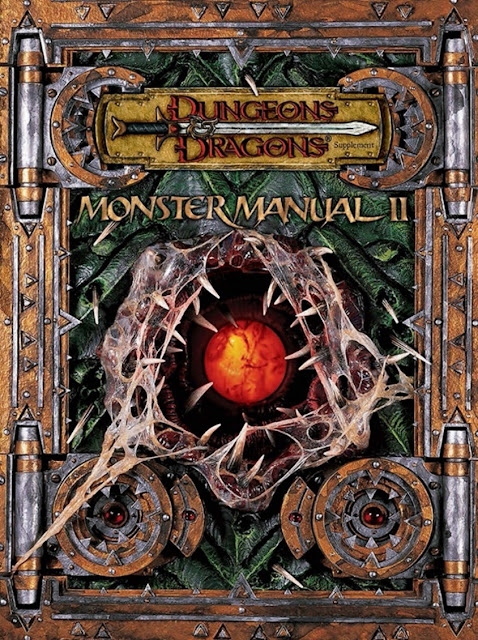 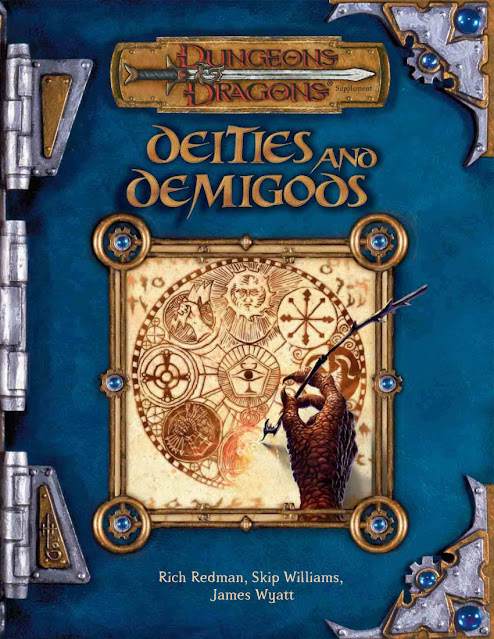 Dungeons & Dragons 3rd Edition was a big deal. Many (myself included) feared what Wizards of the Coast might do to our beloved game of D&D. Were they going to completely redesign the game to give us “Magic the Gathering – the Roleplaying Game?” There was much speculation in this direction. There were a lot of eyes on the launch of the third edition of Dungeons & Dragons at a time when the roleplaying game industry was struggling. TSR had crumbled. Comic book stores were a major source of RPG sales, but these stores were struggling. Fortunately, it seems that Wizards of the Coast was aware of the burden it carried. 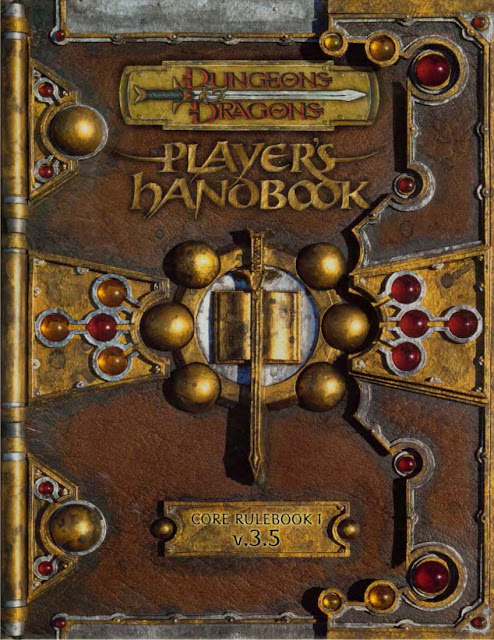 The third edition of D&D did in fact introduce major changes to the D&D game system. They did away with the distinction between Advanced Dungeons & Dragons and Basic Dungeons & Dragons. The third edition was just: Dungeons & Dragons. The design was carefully made so that it would still “feel” like the D&D (or actually AD&D) that people were used to. The design tossed out a bunch of legacy mechanics that just didn’t make sense for smarter more useful mechanisms, but they didn’t toss the baby out with the bath water. The core of D&D was still in there. And it was good … better than good, it was great! And, for the first time, the books were in full color. D&D third edition was beautiful.
Also, to make sure that D&D was being played, Wizards of the Coast did something else very smart. They released this new version of D&D with something called the Open Game License. They told all of their competitors, “please, write materials for D&D.” And their competitors did, because D&D was hot, and everyone wanted a piece of the action. D&D 3rd Edition sold amazingly well. 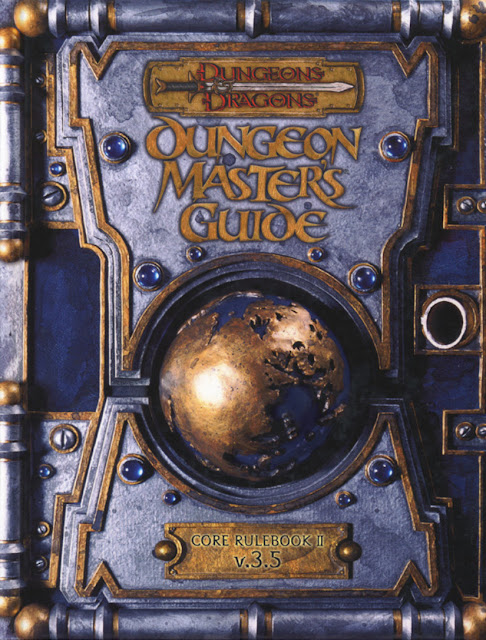 I played the heck out this game. I loved it. 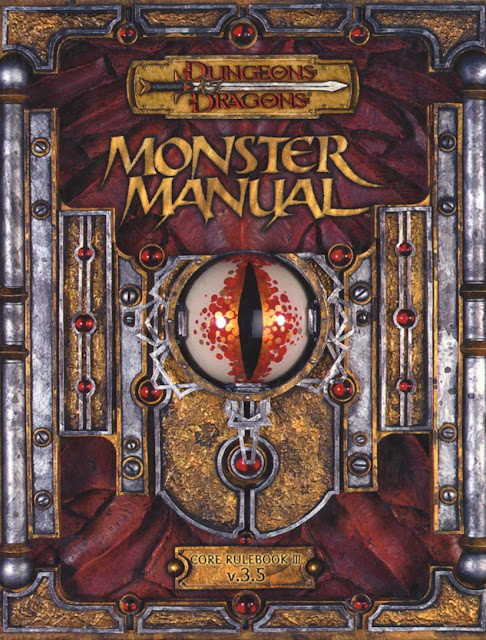 In 2003, three years after the release of D&D 3.0, Wizards released D&D 3.5. It wasn’t a new version of D&D, but in the three years since its release, it was discovered by virtue of the experiences of many, many players that there were things about D&D 3.0 that needed fixing. So, these things were fixed. D&D 3.5 remained in publication for five more years. 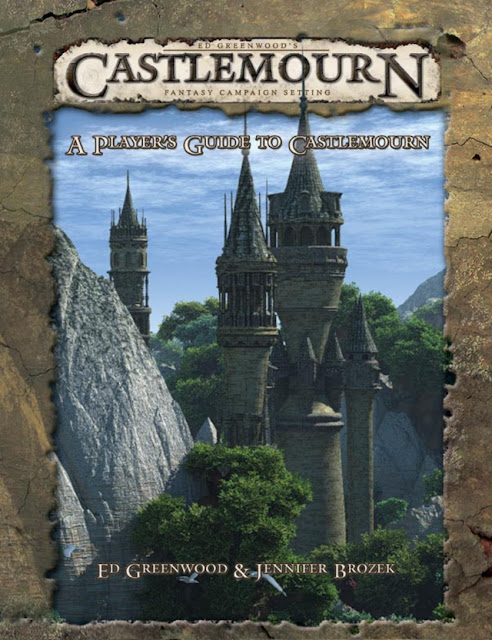 I own five of the 3rd Edition D&D books, and the core three 3.5 books. I also have two books that make up the Castlemourn Campaign setting, because it was written by Ed Greenwood who created the popular D&D setting: The Forgotten Realms, and because it was published by Margaret Weis of whom I am a fan. I’ve not gotten Castlemourn to the table, but it’s something that I hope to do one day. 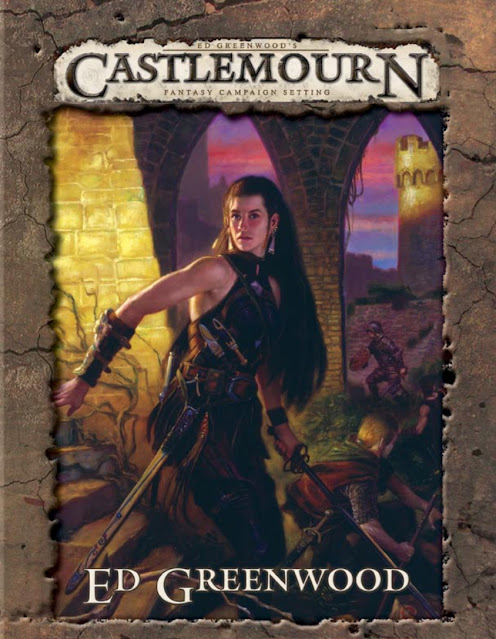 I am sharing the covers of my D&D 3.X books with this post, but sadly after bragging about how beautiful these books were, you will see that all the covers are just … uninspired. I don’t know what they were thinking.