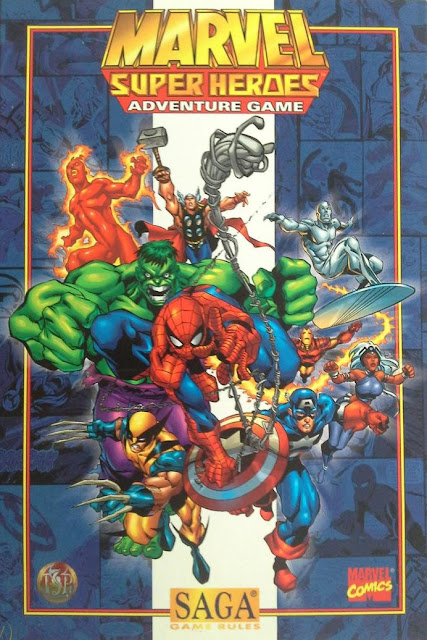 Superheroes are my passion. As a comic book collector and a roleplaying game fanatic, a number of superhero roleplaying games were bound to find their way to my shelf. I already mentioned Supercrew and Hi/Lo Heroes when talking of small RPG’s in my last post. My favorite superhero RPG is the Marvel Superheroes Adventure Game.
I own everything that came out for this system. The Marvel Superheroes Adventure Game uses a deck of custom playing cards called the Fate Deck instead of dice for conflict resolution. The system is called SAGA, and TSR used the system for their Dragon Lance 5th Age game as well. I didn’t like the system in the Dragon Lance game. I love it here! It does abstraction well, it’s versatile, and it’s not too complex. 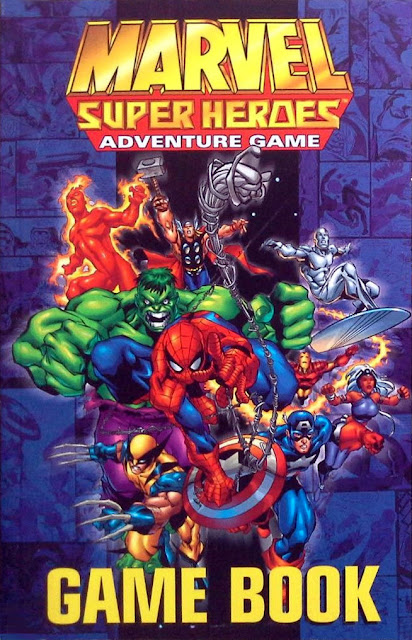 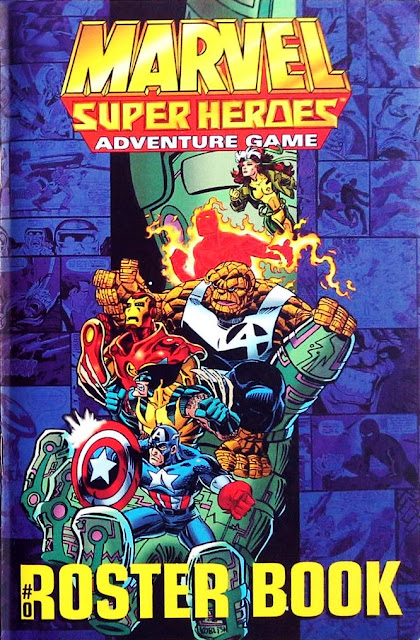 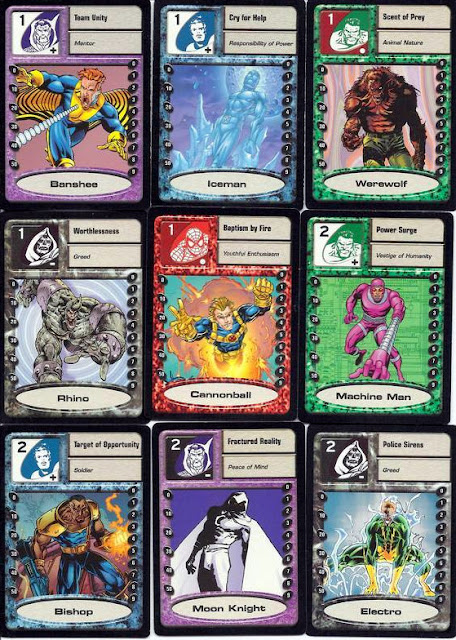 The core game came in a box set. It contained the rule book, a roster book with many example heroes and villains from the Marvel Universe, and the Fate Deck. These custom cards were beautifully illustrated with Marvel characters, both heroes and villains. 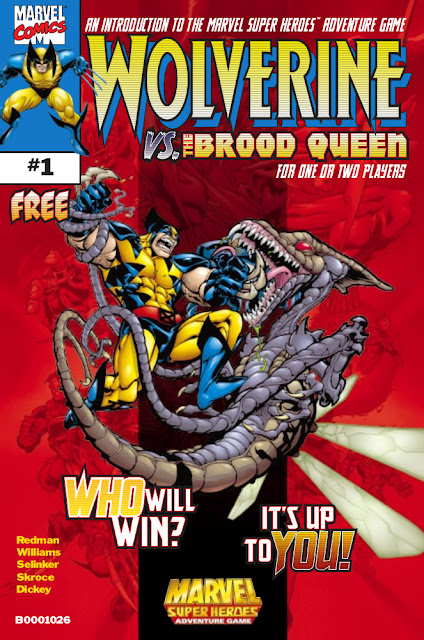 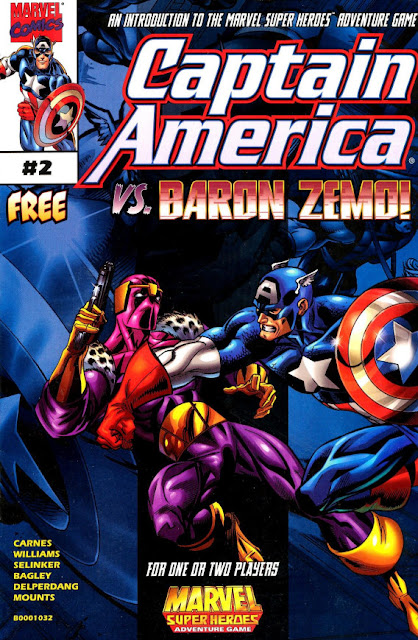 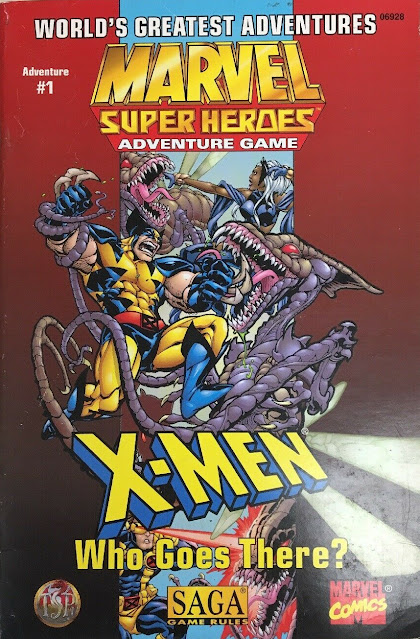 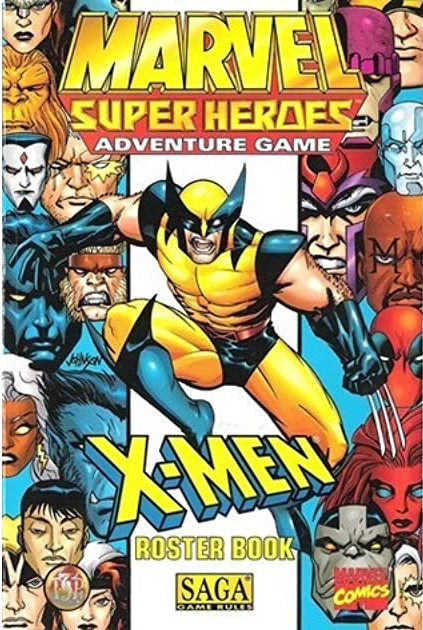 The free comic books that taught the basics of the game were: Comic #1 – Wolverine vs. the Brood Queen, and Comic #2 – Captain America vs. Baron Zemo. After these were: Adventure #1 – X-Men: Who Goes There? and Roster Book #1 – the X-Men. This book focused on all sorts of characters from the X-Men comics, heroes and villains alike. 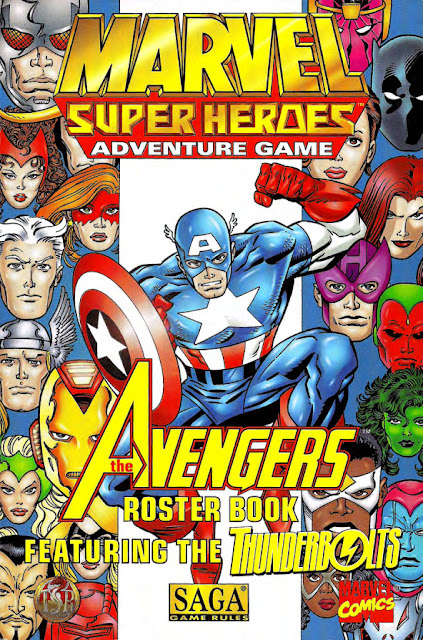 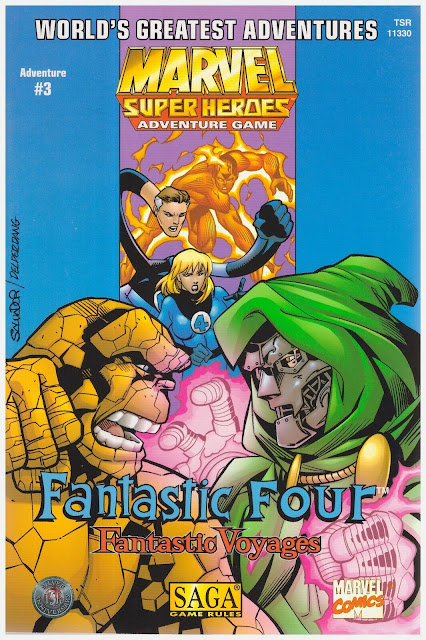 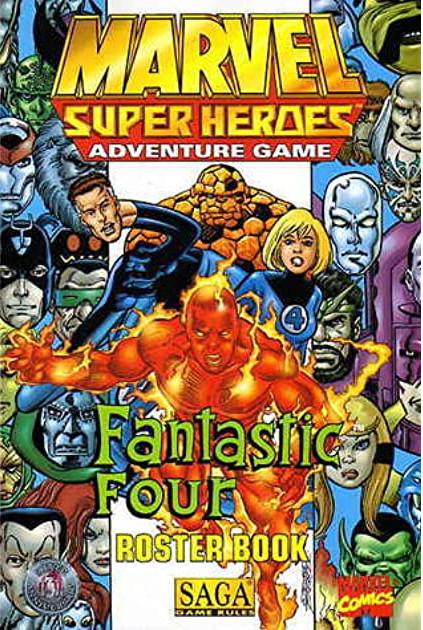 Two final books saw print before the end: Reed Richards Guide to Everything, which contains a whole lot of rules options to expand the game, and A Guide To Marvel Earth, which was a great resource for the various special locations featured in Marvel Comics from New York City, to the City of Atlantis, to the Blue Area of the moon. This book and the Roster Books also had the distinction of being printed on glossy paper in full color, something that no other books in TSR’s product line had. 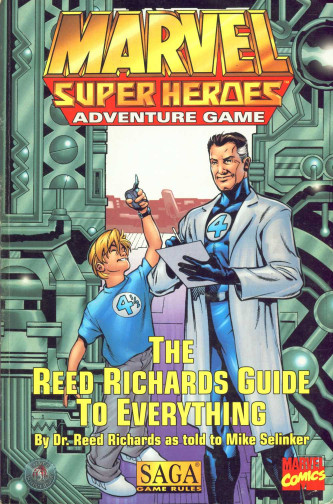 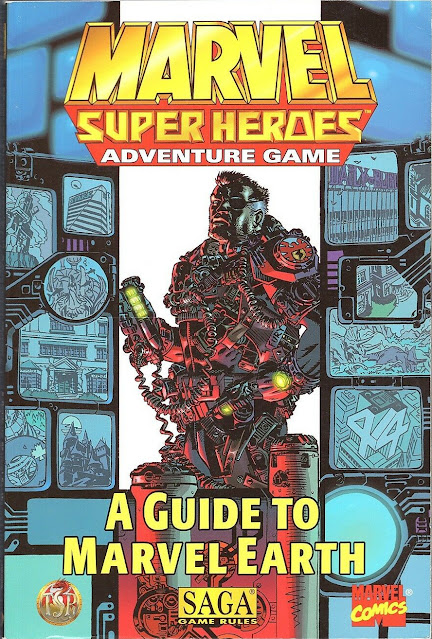 When TSR was purchased by Wizards of the Coast, the Marvel License was abandoned, and the Marvel Superheroes Adventure Game was axed. In addition to the two products mentioned above, a book called: Green Goblin's Guide to Crime was in the works and lies in limbo somewhere in a filing cabinet at the Wizards of the Coast offices … sad.