The game that brought me to appreciate 4th Edition D&D is called 13th Age. As Wizards of the Coast moved to abandon 4th Edition, publisher Pelgrane Press looked to do for 4th Edition what Paizo had done for 3rd Edition. 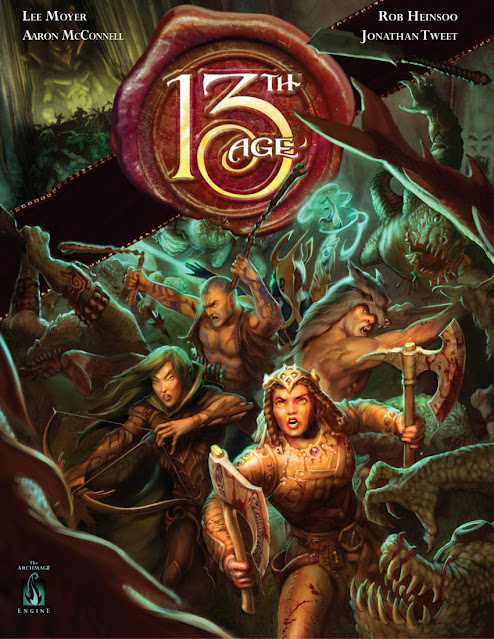 Hmm … maybe I should take a step back. As Wizards of the Coast moved from 3rd Edition D&D to 4th Edition D&D they left a lot of unhappy D&D players behind. Paizo was the company that Wizards had hired to publish TSR’s D&D Magazines: “Dragon” and “Dungeon.” This Paizo did with flourish. They brought in some of the best writers and artists in the business to produce super high quality materials for the 3rd Edition of the world’s most popular role-playing game.
When Wizards decided to change to 4th Edition, they also opted to change Dragon and its companion magazine Dungeon to an online only format. They released Paizo from their contract. (Paizo had been producing Dragon Magazine and Dungeon Magazine for 7 years.) Paizo put their considerable (D&D 3rd Edition friendly) resources to work creating a Dungeons & Dragons clone of their own, (under the open gaming license,) called: Pathfinder. 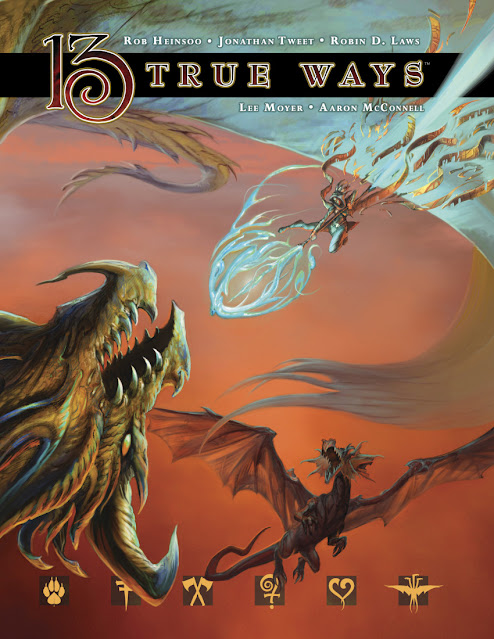 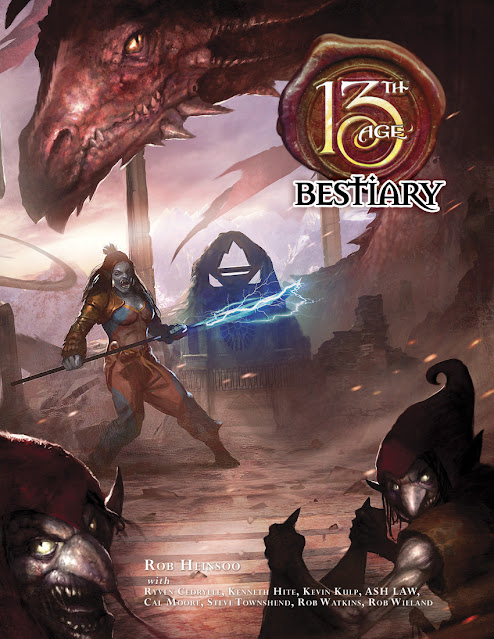 5th Edition was going to be a throw-back to simpler times, reclaiming Dungeons & Dragons roots (and its lost player base.) At least that was the promise. But, what would become of those new players who had since discovered the joys of 4th Edition? That’s where Pelgrane Press and a game called, 13th Age steps in.
13th Age was designed and written by Rob Heinsoo and Jonathan Tweet. Heinsoo was the lead designer on the 4th Edition of Dungeons & Dragons, and Tweet was lead designer on the 3rd Edition of Dungeons & Dragons. With a pedigree like that, 13th Age was bound to be something special, and it is. 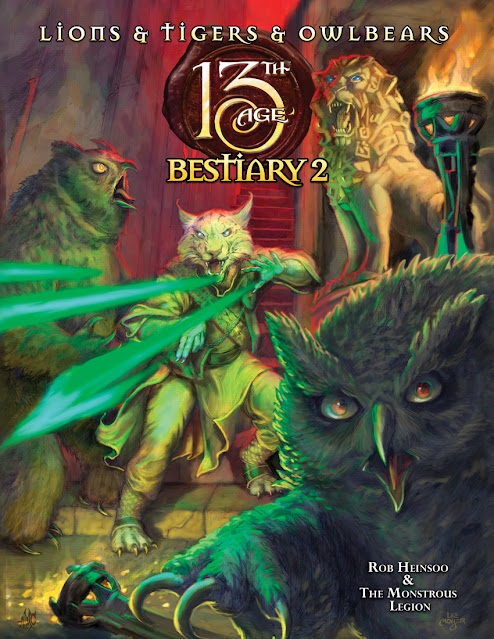 I theorize that 13th Age is more Heinsoo’s creation than Tweet’s simply because the game seems to retain a lot more 4th Edition than 3rd Edition influences. That said, the game is amazing. I am not sure why I was so much more impressed with 13th Age than I was with 4th Edition D&D, but I suspect it has something to do with the fact that 13th Age didn’t call itself, “Dungeons & Dragons.” So, I believe that I approached it with a more open mind.
I have fewer 13th Age books on my shelf than other D&D based tomes. This is surprising, considering how much I love the game. (I referred to 13th Age as my favorite “iteration of D&D” in a conversation with some friends just a few weeks ago.) The thing is, beyond the core book and a few others, supplementary materials for 13th Age have been very slow to come out. Those that have come out have been underwhelming. So, I haven’t kept them on my shelf. 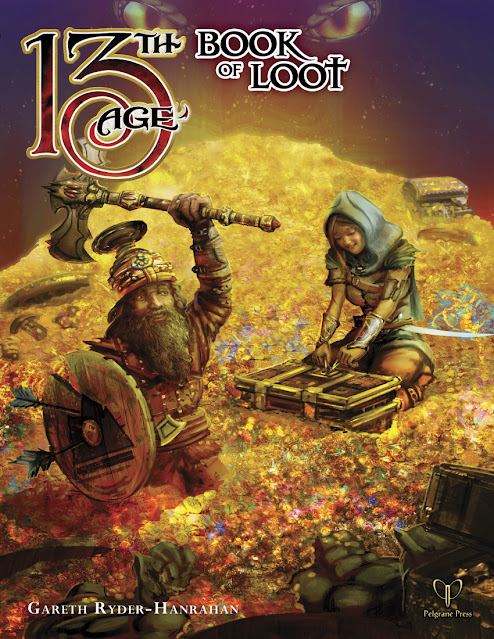 (Edit: Upon review, I have 6 books for 13th Age. That's more than either AD&D 1st or 2nd Edition, and as many as I have for 5th Edition -- so, more than I was thinking.)
I have the 13th Age Core Rules, a second player's book called: 13 True Ways, two Bestiaries featuring various monsters for the game, and two Books of Loot, that feature equipment and magic items for the game. I have bought other volumes, but haven’t felt compelled to keep them.

I’ve been running D&D 5th Edition for Dave, Burl, and Chris (my brother.) When Burl couldn’t make it for a game, I ran 13th Age. When farming for materials to use for both of these games, I have found what I needed in 4th Edition D&D materials. It was actually while I was going through the stuff on my shelves to write these posts that I realized it. I call on 4th Edition D&D materials to help me as a DM more than any other source. So, while I may have claimed that 13th Age was my favorite D&D inspired RPG a week ago … today, it’s got to be 4th Edition D&D. 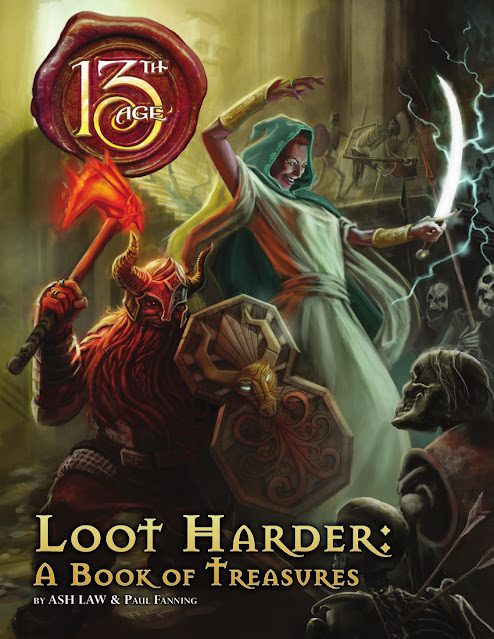 One interesting turn of events… following my D&D 4th Edition Post Friday, David, Burl, and Chris have decided they want to play 4th Edtion D&D, and we started that Saturday! So, it seems that all of those 4th Edition books will be seeing some use! But, even if we weren’t going to be playing it, the 4th Edition did lead directly to the creation of 13th Age, and we have had a blast playing that game!
Posted by Jeff Moore at 11:35 AM