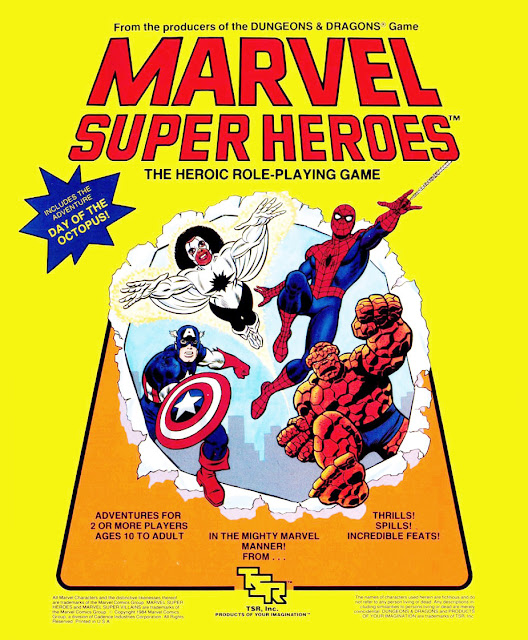 The only DC Comics offering that I have on my shelf is the Smallville RPG published by Margaret Weis Productions. This game uses a variation of the Cortex System which was the game system introduced with the Serenity RPG. This version is especially interesting to me because it replaces basic attributes like: strength and agility with motivations like: justice and loyalty. The idea here is that in a fiction story, how well the hero accomplishes their goals is directly related to how important those goals are to them. It’s a really interesting idea, but to date Smallville sits unplayed on my shelf. I hope to play it one day,  but considering that Smallville the series wrapped almost 10 years ago, it’s not looking good. 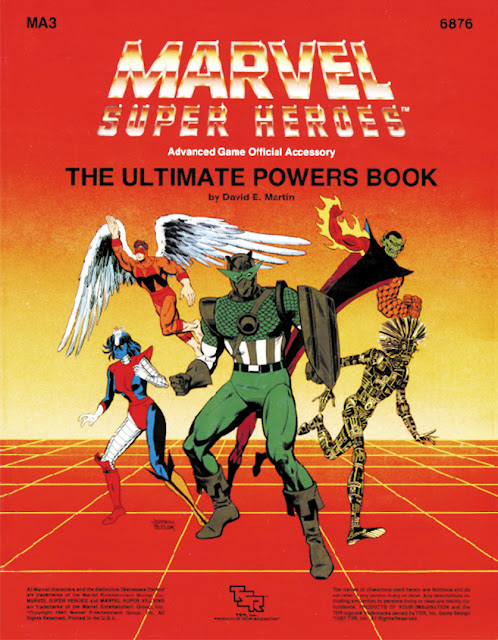 Another “unplayed” RPG is Tiny Supers. This one is mainly unplayed because its brand new. It uses the Tiny D6 system which I adore because it’s super easy. It works like this. Roll 2 dice and if either is a 5 or a 6, you succeed! Sometimes circumstances may put you at a disadvantage. In these instances you only roll 1 die, decreasing your chance of success. Other times you may have a power or ability that gives you an advantage. In these instances you get to roll 3 dice, increasing your chances of success. That’s it! That’s the whole system. What’s cool is the many ways the game mechanics give players to manipulate these simple rules to create a fully realized and really amazing RPG. 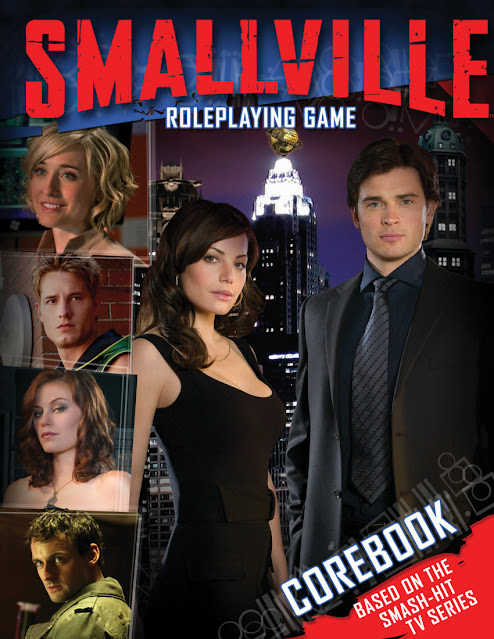 I only played Truth And Justice once. I ran it at a gaming convention in Tulsa. It’s another game that uses a simple six-sided dice system, and it’s really fantastic. Not sure why I never tried running it again. I will say that some of the art between the covers is pretty amateurish looking, and that may alienate some, but the writing and the game play are top-notch. 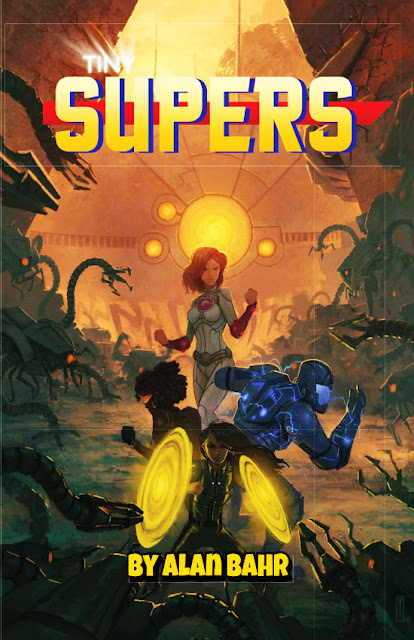 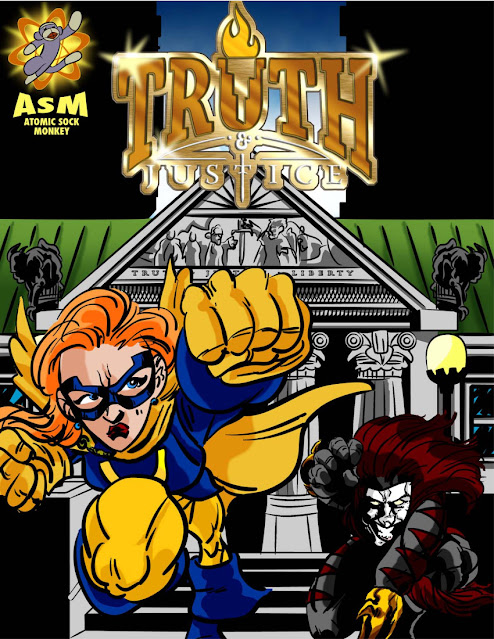 (Side-note: I purchased the original illustration board for the Mutants And Masterminds Core Rulebook from the artist on Ebay. I used to own a number of original comic book art pieces. Sadly, they are something that I don’t have anymore, and they are irreplaceable.) 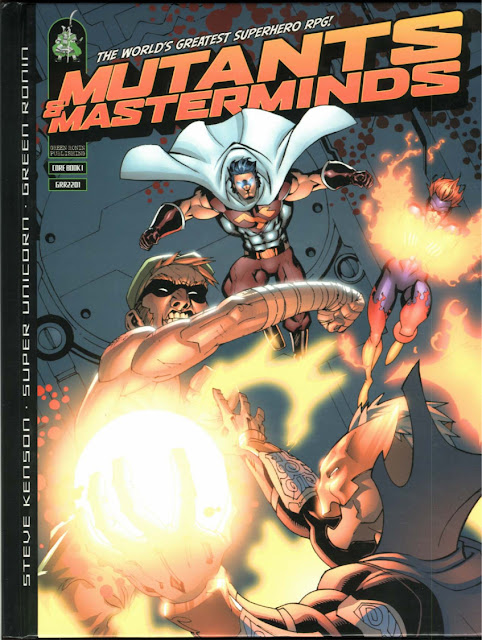 That brings me to the last Superhero RPG on my shelf: Champions. Champions is one of the earliest RPG’s that I played. I ran it for my friends back in Illinois before moving to Tulsa. Then upon arriving in Tulsa, I ran it for some friends that I had made that lived in my apartment building. These friends collected comics like I did, and would give me a ride to the local comic book store because I didn’t drive.

I lost touch with those friends when I moved to another apartment, but I kept going to the same comic book store. The owner of the comic store, Doug was also friends with my old “apartment friends” and they had chatted with him about the Champions game that I refereed for them. So it was, that one day when I had come in to buy some comics, (I had taken the bus, so I was standing around browsing in the comic store waiting for the next bus.) Doug approached me and asked if I would run a Champions game at his store. 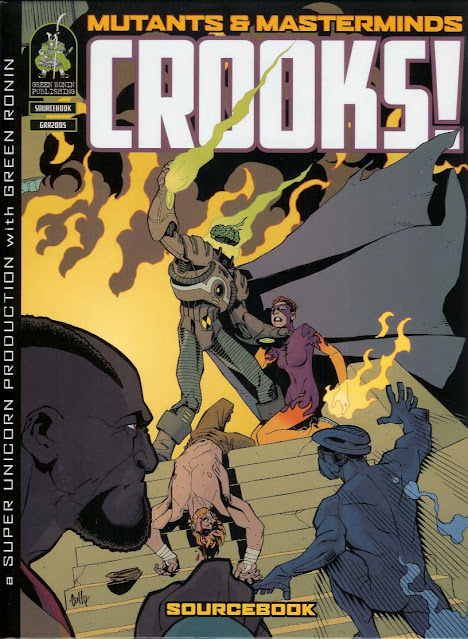 I agreed, and much to my surprise, Doug requested that I run the game that very night. I didn’t have anything prepared, but I also didn’t have anything better to do. So, I agreed. Doug set me up in his back room to prepare a game for that evening, and offered to give me a ride home when things were done. (He gave me a ride home, and he bought me dinner.) At that first game were: Robert Briggs, Roland Vogt, Doug Goodsell, and myself. The next week, we played again, Roland brought friends Dan Depalma and Robert Ohlde along, and Robert Briggs brought his friend Dave Crockett. So, just like that, the group doubled in size. 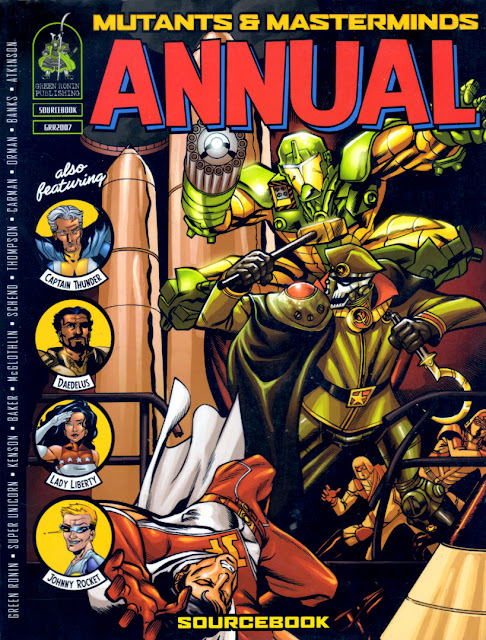 The next week, the group would double again. When the groups size was approaching 20 players, the game kind of disintegrated under it’s own weight. Folks had fun visiting and chatting and hanging out, but it wasn’t much of a game anymore. That said, Champions is an awesome RPG, and those games contain some of my fondest and earliest memories of my time in Tulsa. 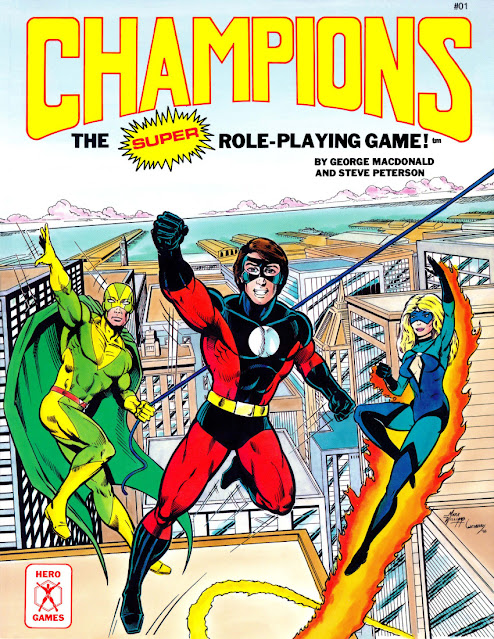 The friends that I made at that game table at World of Comics remain my closest friends to this day. Doug was the best man at my wedding to Kaylee’s mom. Dave has remained my very close friend, I would dare to call him my “best friend” and we continue to play together online every other weekend, although we haven’t played Champions since the game in the comic book store over 30 years ago.

That’s why the RPG books on my shelf mean so much. They connect me to my past, and remind me how lucky I am to have made the friends that I have. Friends that have lasted me most of my life.
Posted by Jeff Moore at 8:31 AM