When I was cast in the American Theater Company production of the Boys Next Door, David Crockett stepped in to run the Champions game in my place. After the show was over, rather than come back to run the game, I decided to do something else. The game was just too big. We needed something smaller. The problem was, that Doug, as the owner of a comic book store, couldn’t say “no” to anyone who wanted to play. But, he agreed that 25 players was just too many. He wanted out too. 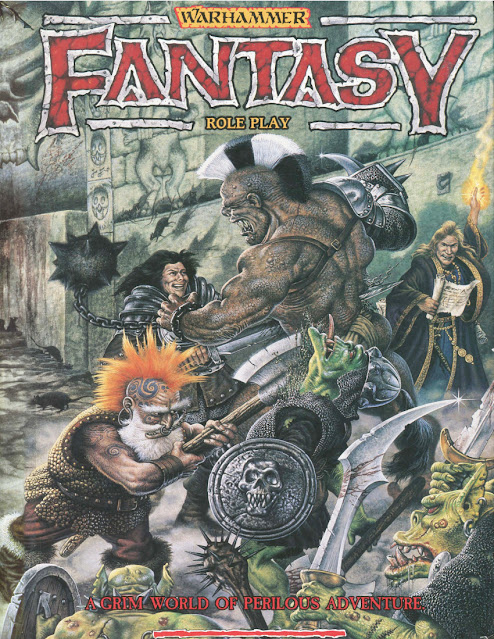 Doug and I conspired to play a different game. This game was Warhammer Fantasy Role Play. Thinking back on this, the whole situation was insane. Doug knew that a game couldn’t support so many players, but he couldn’t bring himself to explain this to his customers. It would be seen as a confrontation, or favoritism. Splitting into smaller groups would create the problem of deciding who got to play with whom. Someone was bound to get their feelings hurt.

So, rather than deal with the situation like adults, we made a plan to “sneak around.” Yeah … we played a  covert game of Warhammer Fantasy Role Play. 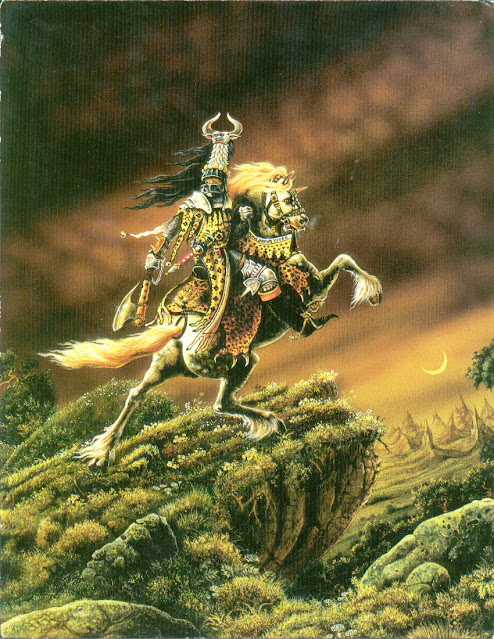 Doug didn’t want to play at the store, because people might see the cars and find out. (The whole thing seems so childish, now.) Doug was also afraid that if we played at someone’s house, this too, could be discovered. So, we played at my sister, Sally's. You may recall that my famous “mayonnaise story” takes place while we are on our way to my sister Sally’s house to play Warhammer. 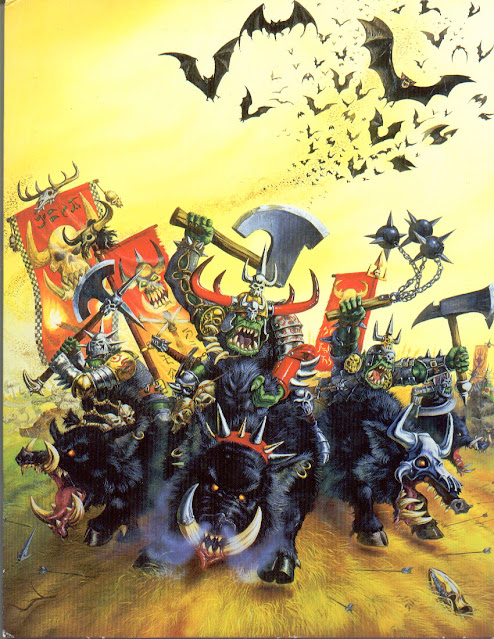 Doug’s hand picked group included only himself, me, Dave Crockett, and Robert Briggs. Doug ran the game for a short time, but as was bound to happen, word soon got out. With the secret game, no longer a secret, Doug quit. Dave and Robert and I kept playing. Dave took over as the referee for the game. We even continued to play at my sister’s house for a time, but with the need for secrecy gone, we soon changed to alternating between Dave’s house and Robert’s. (My apartment wasn’t ideal.) 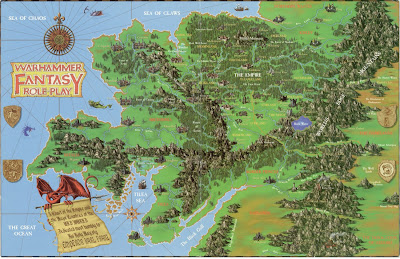 That Warhammer Fantasy Role Play game went on for over two years. After that, we played D&D, then something else, and something else. We kept the group small, because the smaller group just worked better, and it was easier to coordinate logistically. I know some people got their feelings hurt over it. It’s all water under the bridge now.

On my shelf is a copy of Warhammer Fantasy Role Play. It’s not the original book, but not so much because I lost my original, as it fell apart. The original hardcover editions of WHFRP were pretty fragile. Eventually, the binding on mine just gave up. I have replaced it with a softcover, but even that was published in 1995, and so is 25 years old. Along with that I have a WHFRP Referee screen, and a book called, Realms of Sorcery. These books, as others on my shelf, represent treasured pieces of my past, and precious memories. 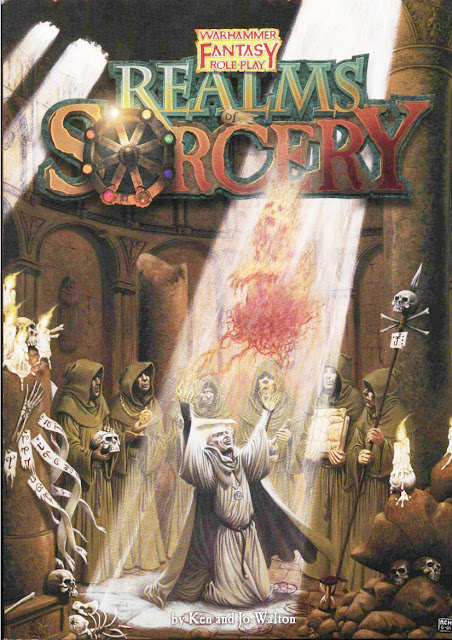 Our “secret” group has gone through different members over the years. Our friend Roger Allen joined, and then, when he was unable to play, my brother Chris stepped in. I dropped out for almost five years as I struggled to deal with some personal changes in my life. Robert passed away in February of 2011, which was a wake up call for me, and brought me back to game with Dave and Chris. These friendships are too valuable, and I had been away for too long.

The group now is Dave, Chris, myself and Burl King. Burl and I have to login remotely and play over video chat. I’m thankful for the technology that makes that possible.

I mentioned that I had dropped out of gaming for a few years. During this time, I was trying to become a “grown-up” and I didn’t game at all. It’s ridiculous when I think about it now, but it was a thing that I did. 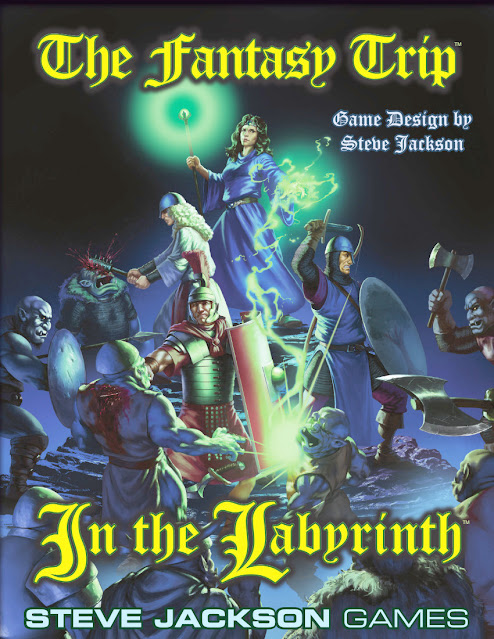 Eventually, I returned to what I loved to do, but not initially with Dave and my friends. I had been away for too long. It felt wrong somehow to contact them after two years of being away. So, I gathered some other friends instead. 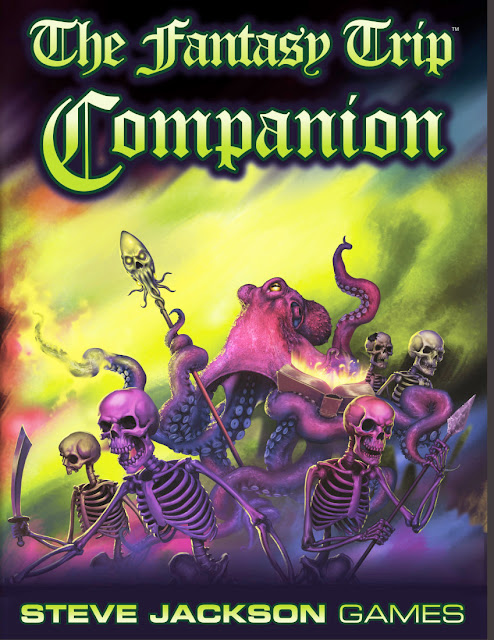 We played a game called, The Fantasy Trip: In The Labyrinth. This is an old school game (almost as old as D&D) that uses six-sided dice. It’s simple and clean, and I have a copy of a recent reprint in hardcover on my shelf as well as the Fantasy Trip Companion which reprints a bunch of old magazine articles from the 80's supporting the game. (The Fantasy Trip is expanded from two micro-games: Melee & Wizard which also sit on my shelf.) 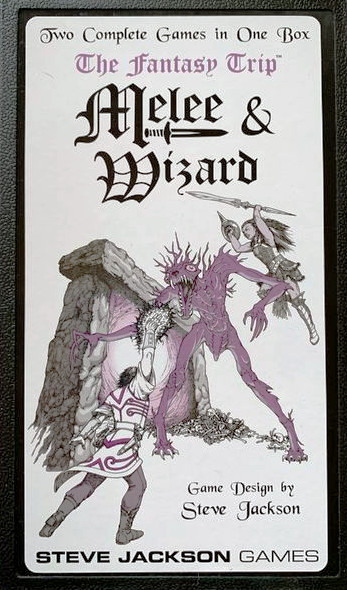 That game group was pretty fun, and I was beginning to feel like myself again. It was around this time that Dungeons & Dragons 4th Edition came out. I was super excited about running this new edition of D&D, but I felt like I needed more players to play. That’s how I got to know Burl.
Posted by Jeff Moore at 10:52 AM