Comics on the Shelf -- Marvel-6 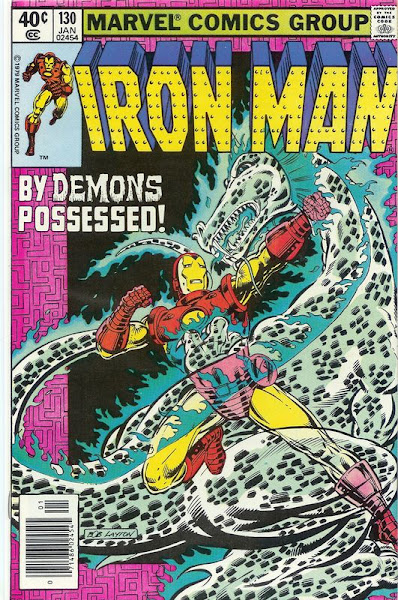 When selecting the Iron Man comics that I wanted in my collection, that choice centered around the artwork of Bob Layton. Sadly, as a youngster, Iron Man comics weren’t available to me. I can only remember having one issue in particular, and that issue is #130. It’s a great issue. It contains a complete story of Iron Man facing a computer virus given mystical life, and is set in Japan. Layton does the art, and it is beautiful. 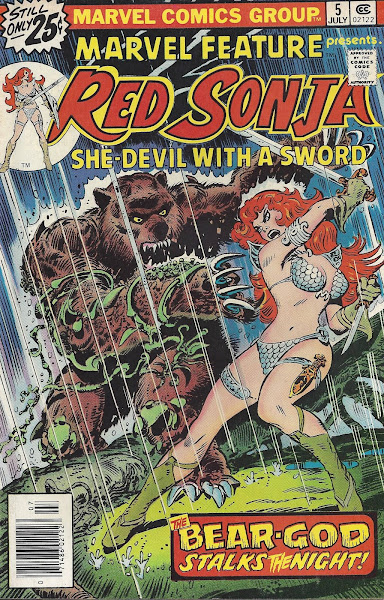 Marvel Feature vol. 2, #1 introduced Red Sonja to the world of four-color comics. The series ran 7 issues, then turned into Red Sonja’s own title. Published in 1975-1976, I would have been 10 or 11 years old when I first saw these comics. For me, at the time, a red-headed warrior woman in a chain mail bikini was the height of glamour. Issue 5 sees Sonja battle the Bear God!
Given that a bear is the mascot at my dear wife Julie's place of employment, it seems right to show that issue off. All of these but the first are drawn by Frank Thorne. Thorne’s art is perfect for this character and he gets better with every issue. 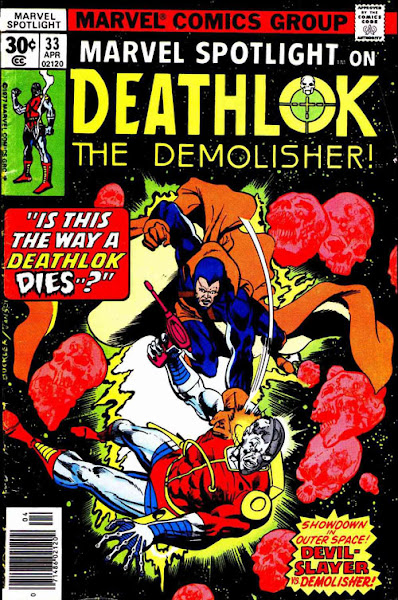 Marvel Spotlight #33 begins the conclusion of the Deathlok story arc that was started in Astonishing Tales. The story finishes in the pages of Marvel Two-In-One. 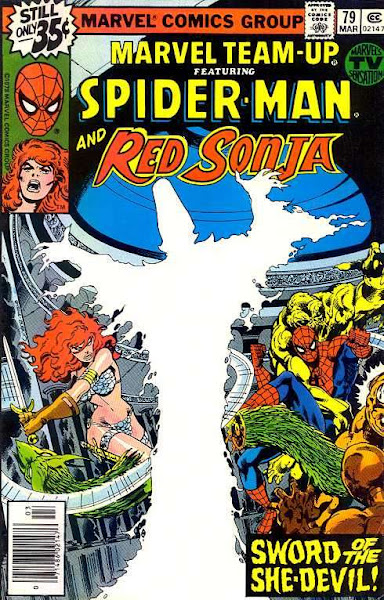 Marvel Team-Up is a long time favorite, especially the Claremont and Byrne issues. I’ve featured issue #59, which is the creative team’s first pairing on the title. So, this time, I’ll show off issue #79, which is their last. This issue just so happens to team Spidey up with Red Sonja! Bonus! 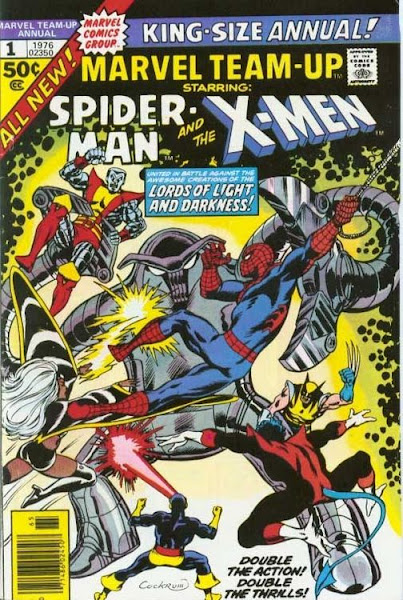 Marvel Team-Up annual #1 features Spider-Man and the X-Men. It’s an early appearance of the team that was at the time called, “the new” X-Men. It’s the same group that everyone thinks of as the X-Men today. 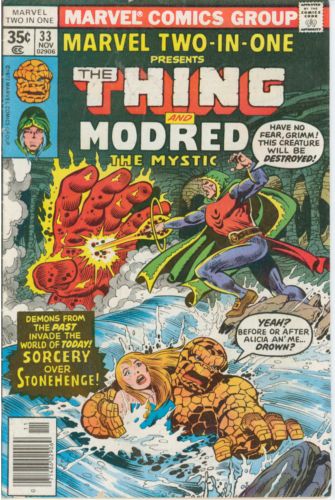 Marvel Two-In-One #33 teams the Thing with Modred the Mystic, but more importantly it has an early appearance of Spider-Woman and lays some of the ground work for that character’s own title in the coming months. As a side note, Ron Wilson’s artwork is exquisite, especially on the character of the Thing.