Comics on the Shelf -- Marvel-8

ROM Spaceknight is one of my favorite comic titles of all time. It’s an odd thing, ROM was based on a toy. Marvel doesn’t publish ROM now, because the character belongs to Hasbro. Given the ownership issues surrounding the character from the very start, one would expect that the character of ROM in a comic book would have existed in isolation, in his own pocket universe, untouched by Marvel canon.

ROM’s connection to the toy was lauded in advertisements for the toy in the early issues of the title. As a reader, I really didn’t expect ROM to interact with other characters from the Marvel Universe. But, this wasn’t the case. Marvel embraced the toy character of ROM fully and folded his story into the full glory of the Marvel Universe as it existed at the time. This was unexpectedly amazing! One of the great things about ROM was the guest appearances from the Marvel library of characters. It was unprecedented! 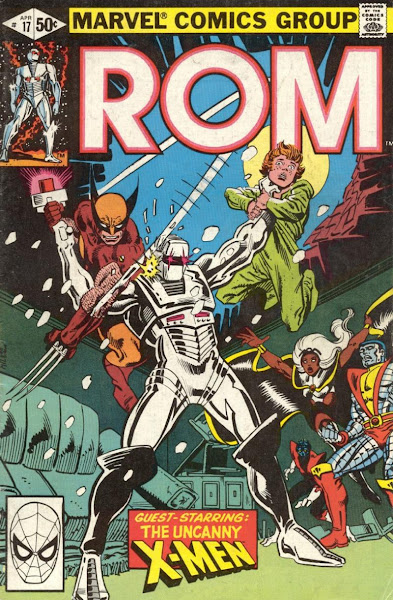 So, for my favorite issue of ROM (among 46 favorite issues!) I am going to choose #17, which teams ROM up with the Uncanny X-Men! One of many interactions that ROM would have with the Marvel Universe! 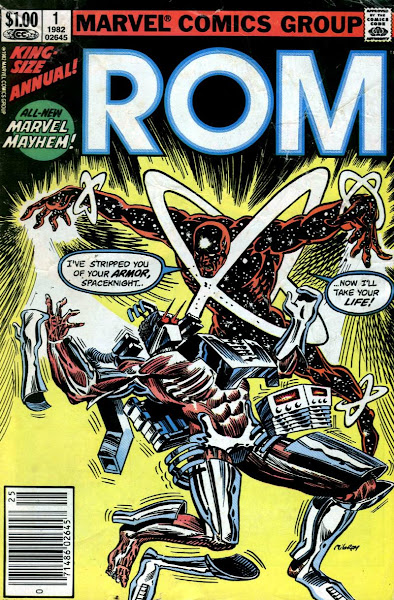 ROM Annual #1 was pretty good, and it was cool to see other artists interpret the character. The issue had two stories. The first was illustrated by Pat Broderick, and the second by Greg LaRocque. Both are stunning to look at! 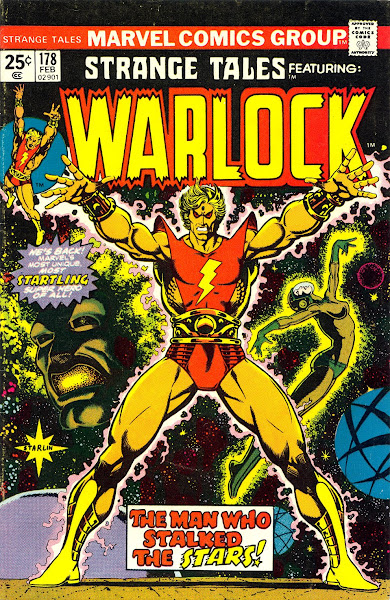 Strange Tales #178 was the comic that introduced me to Adam Warlock and to the amazing work of Jim Starlin. Jim’s entire run of Adam Warlock that begins here in Strange Tales and ends in Marvel Two-In-One Annual #2 makes up some of the best comic book work ever put to paper.
Posted by Jeff Moore at 1:13 PM