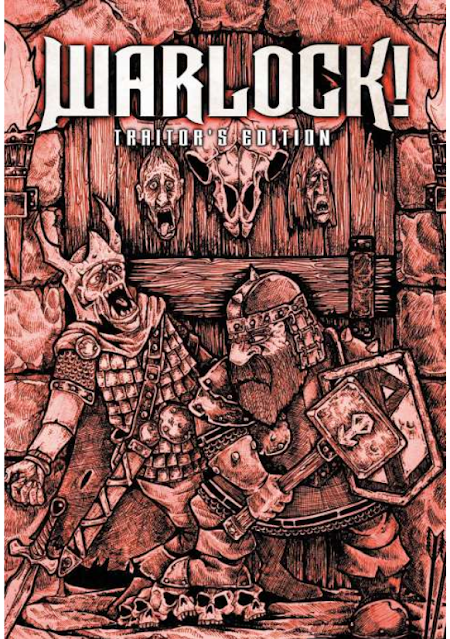 A funny thing about the OSR, (Old School Revival - where old versions of D&D are continuously revamped and re-released.) I have all the versions of D&D on my shelves, but generally once a new D&D version is released, I rarely go back. The one exception that I can think of was a recent revisit of 4th Edition with fresh eyes. I feel like 4e was such a departure that it’s rarely evaluated based on its own merits. So, I wanted to give it another shot. I did. And I like it a lot more now than I used to. In fact, from a DM stand point 4E may be my favorite version of D&D, but I am still back now playing 5th Edition.

I know that other older players have gone into the OSR full tilt and never looked back. That’s cool. But, for me ... older version of D&D have their merits, but also their flaws, and those flaws tend to get in my way. I really haven’t seen any OSR revamp that I felt managed to keep D&D’s old-school simplicity and feel while getting rid of all its warts to create the perfect balance of old and new. I’m sure the magic combination exists. The perfect OSR version may be out there for me, but I have yet to find it. (I would be happy to hear recommendations.)

But, I’m not actually here to talk about D&D and the OSR, but rather a different old-school game. That game is Warhammer Fantasy Role-Play. WFRP is I believe, currently in it’s 4th Edition. I bought the newest edition when it came out, and the one before that, and the one before that. And, I have gotten those editions to the table. And, the truth is, I like the first, the original edition, of the game the most. I no longer own any of the newer editions of WFRP. I only keep a copy of the original on my shelf.

Apparently, I am not the only one who feels this way, because WFRP has not been ignored by the OSR community. There are some OSR “reboots” out there, and I want to talk about one of them. But, before I do, I want to give a nod to Zweihander. This is a good reinterpretation of the original WFRP that is readily available and a good alternative if you aren’t a fan of the most recent editions of the game. I don’t think it’s better than actual 1st Edition WFRP and I have a copy of that on my shelf, but I can still appreciate Zweihander for what it is.

The game I am here to talk about is called, Warlock.

Warlock is a unique mishmash of British old-school dark fantasy RPG’s, being part WFRP and part Fighting Fantasy. (It takes its name from the classic, “The Warlock Of Firetop Mountain.”) Perhaps it is because it is such a departure from the original WFRP that I am interested in it. Like 4E D&D, I find that I am inclined to evaluate Warlock based on its own merits.

Warlock takes the career system from WFRP and hangs it on the simplicity of the Fighting Fantasy framework. It keeps the brutal critical hit tables for which WFRP is famous, but simplifies them. The damage tables are based on the type of weapon damage you do rather than tied to hit locations.

Combat is by opposed rolls and in melee both attacker and defender are subject to taking damage during an exchange. Ranged attacks are opposed by the Dodge skill. All checks are made on a 20 sided die and all damage is on a 6 sided die. Armor blocks damage, but any successful attack always inflicts at least one point of stamina. The damage die doesn’t explode like in WFRP but you will inflict double damage if your attack roll is greater than 3x your opponents roll.

There are a whole slew of skills and each of these are given values. They completely replace fixed ability scores which I think is a good thing. The only fixed abilities that aren’t skills are Stamina and Luck. You raise skills according to your chosen career and when the skill tied to your current career path that you have the lowest score in gets higher (no other skills are lower than it after it goes up) you gain +1 stamina. Luck is used like a skill and works as a sort of Saving Throw ability.

Character creation looks super straight forward. Players get thrown into their first career randomly, but you get to roll 4 times and then pick your favorite from there, which I think is a great way to do things, especially for new players who may find all the careers a bit much to consider.

It all looks really good, really clean, and really simple. I will be sure to talk about this more after I get the game to the table.

Warlock makes me want to play it, and that’s the highest praise after all.

Posted by Jeff Moore at 2:05 PM No comments:

Here is an official sample character from the upcoming new version of Five By Five. Art is by my wonderfully talented daughter, Kaylee. 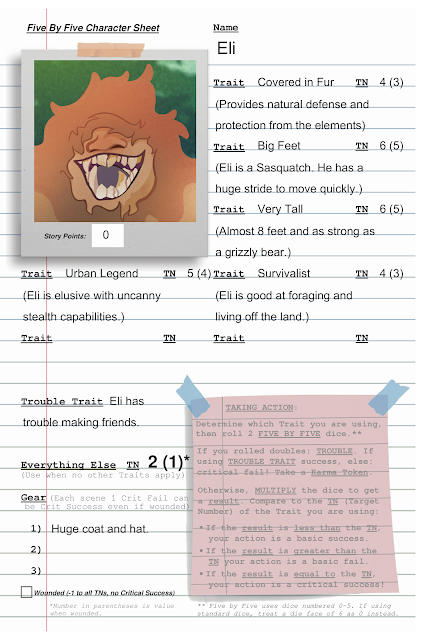 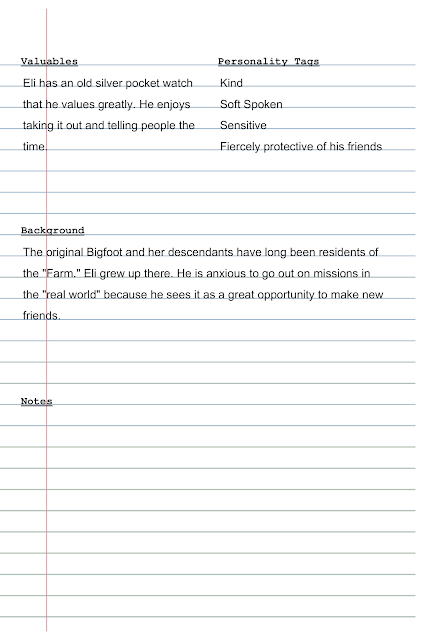 Posted by Jeff Moore at 2:57 PM No comments: